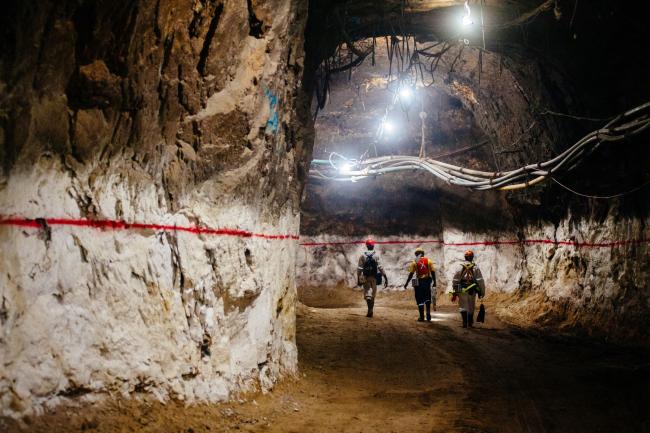 Interest in ESG issues has moved to the forefront in conversations with stakeholders in the past year, top executives said in the run-up to the Denver Gold Group’s Americas conference, a key annual event in the precious-metals world. Such talks come as investors snap up billions of dollars in stock offerings from once-shunned gold miners.

Generalists are looking at bullion because of the high prices and “the strong argument that the gold price can go higher,” according to Sean Boyd, chief executive officer of Agnico Eagle (NYSE:AEM) Mines Ltd., a top-10 gold producer. And those investors tend to judge mining companies through an ESG lens.

“They don’t want to take a lot of risk, and a big part of the risk assessment is the ESG side of things,” Boyd said in a phone interview.

The Denver conference, which began Sunday and is being held virtually, is also expected to generate discussions about fiscal responsibility, given gold’s near-30% rise this year, and how much free cash flow should go to shareholders. But ESG is the one issue that can rile up investors and miners even more than cash.

“Often it’s the first, and sometimes the only, discussion when we’re meeting with investors in Europe,” Tom Palmer, CEO of top producer Newmont Corp., said by phone. At the World Economic Forum in Davos in January, many times “the only topic of discussion was around carbon intensity and the work that’s being done to reduce greenhouse-gas emissions.”

Like any extractive industry, mining by its nature damages the environment. Companies also come into conflict with local communities or raise the ire of shareholders on corporate governance issues. In an open letter to the mining industry released Sunday, prominent gold investors targeted issues including executive compensation and directors who don’t have enough skin in the game.

But unlike miners of copper or battery-metals, for instance, gold producers may face more skepticism from ESG-minded investors. That’s because gold, which is mainly used to produce jewelry and acts as a store of value in bars and coins — has less utility in advancing a green economy.

“Gold’s an odd thing because most of it sits in vaults around the world gathering dust,” B2Gold (NYSE:BTG) Corp. CEO Clive Johnson said by phone.

Gold miners nonetheless can reach the highest ESG standards, Johnson said, and a company’s success should be “defined by your community relations, your safety at your mines, the things you do for your employees.” The gold-mining industry has shown its worth during the Covid-19 health crisis by helping local communities, continuing to work responsibly and keeping people employed, he said.

Still, the sector has had to overcome a sometimes checkered reputation on environmental, social and management issues. And high-profile incidents in and outside the gold-mining industry have stymied the rehabilitation process. High gold prices boost the appeal to dig for gold and threaten to increase illegal operations.

ESG has really “taken a spotlight” in the past five years, said Jon Lamb, a portfolio manager at Orion Resource Partners. Events like the fatal Vale SA (NYSE:VALE) tailings-dam disaster in Brazil in 2019 or the destruction of Aboriginal heritage sites at a Rio Tinto (NYSE:RIO) Group mine in Australia this year have made such issues even more prominent.

“All these items put a very vivid image for people in the sector, people outside the sector, as to what the damage could be from mining,” Lamb said by phone.

For Newmont’s Palmer, the most important part of ESG is governance.

“That G should almost be at the front of the acronym,” he said. “Strong governance is the essential foundation in order to be able to support sustainable environmental and social performance.”