Home
Stocks
: 60% of Yelp businesses that closed during the pandemic will stay shut permanently, report finds
Prev Article Next Article
This post was originally published on this site 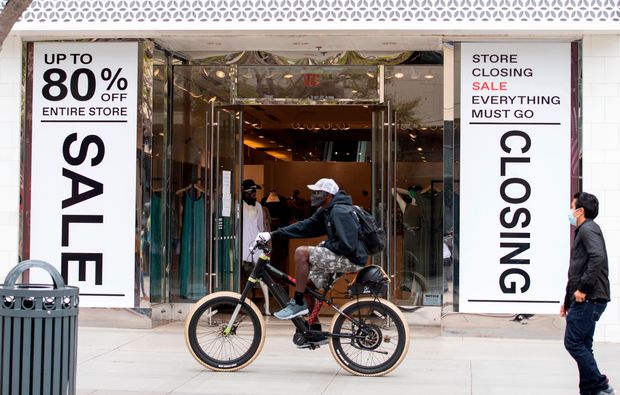 Clothing stores are reporting high rates of permanent closures, according to Yelp data (Photo by VALERIE MACON/AFP via Getty Images)

More than 160,000 businesses listed on the online directory Yelp YELP, +1.43% have indicated that they closed since the onset of the pandemic in early March through Aug. 31. Some 60% of those are businesses that are permanently closing, Yelp reported in its September Local Economic Impact Report.

Restaurants account for the greatest number of permanent closures among Yelp-listed businesses, followed by bars and nightlife venues and clothing as well as home decor stores.

“Breakfast and brunch restaurants, burger joints, sandwich shops, dessert places and Mexican restaurants are among the types of restaurants with the highest rate of business closures,” the report said. “Foods that work well for delivery and takeout have been able to keep their closure rates lower than others, including pizza places, delis, food trucks, bakeries and coffee shops.” 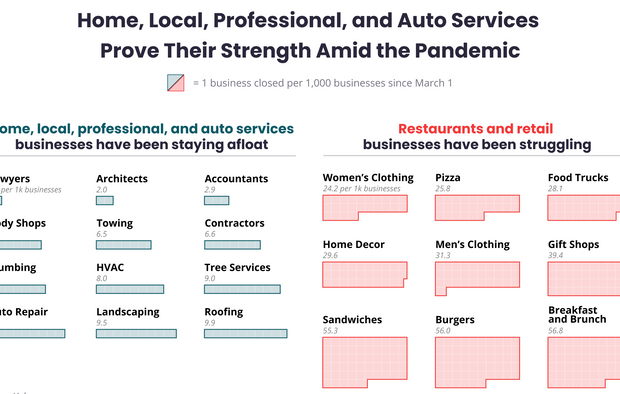 Coronavirus has impacted virtually every sector of the economy, some more than others, leading to widespread store closures and pushing the number of corporate bankruptcy filings to a decade high.

Some businesses see a light at the end of the pandemic tunnel and are operating at a loss now. The Paycheck Protection Program, which awarded more than $500 billion in forgivable loans to businesses in return for not laying off workers, may be part of the reason some businesses have managed to stay afloat .

But even with government assistance programs aimed at helping small businesses weather the storm, many are cutting their losses and closing permanently.

Business closure rates vary significantly across the country but have been highest in metropolitan areas like Los Angeles, New York and San Francisco where rent tends to be high and more stringent health protocols have been put in place compared to suburban and rural regions.

For instance, indoor dining in New York City was banned for the last six months. It wasn’t, however, in other regions of the state. Only recently did Gov. Andrew Cuomo announce that restaurants could reopen for indoor dining beginning Sept. 31 at 25% capacity.

Related: People who tested positive for COVID-19 were twice as likely to have recently eaten at a restaurant: CDC

On the flip side, there are many businesses that avoided both temporary and permanent closures.

“This group includes lawyers, real estate agents, architects, and accountants – all with only two to three out of every thousand businesses closed, as of August 31,” the report states. Health and automotive-related businesses have also maintained low rates of closures.