Home
Market
Exclusive: Workhorse Eyes Electric Van Sales, With or Without USPS
Prev Article Next Article
This post was originally published on this site 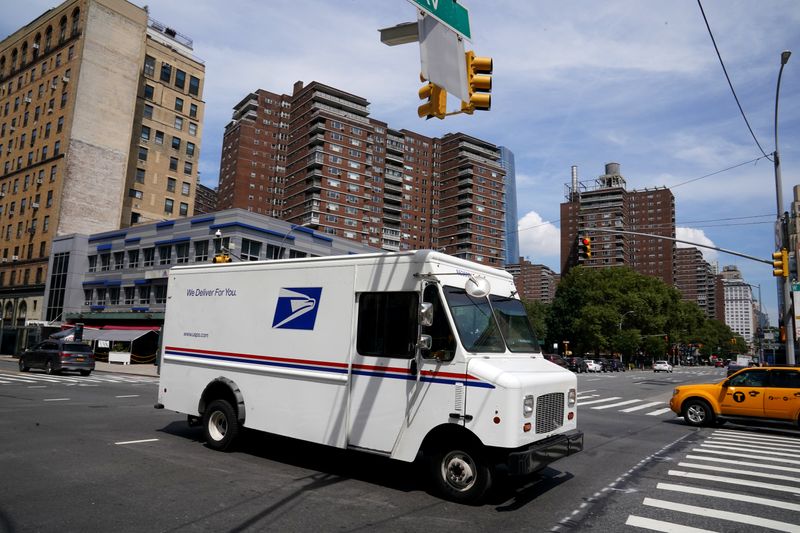 Investing.com — It pays to be in the business of electric vehicles.

Workhorse Group Inc (NASDAQ:WKHS) has rallied nearly 1,500% since hitting a 2020 low in March, but the stock really took off in late June, when the company received federal approval for its C650 and C1000 delivery vans.

That said, those looking for immediate gratification may want to look elsewhere. Ramping up takes time.

The Loveland, Ohio-based company delivered three C-series electric step vans to Ryder System (NYSE:R) and Electric Vehicle Fleet Solutions, and should start producing five vans a day in the fourth quarter for United Parcel Service Inc (NYSE:UPS), which has an order for about 1,000 vehicles.

And the big bucks are yet to come. A big part of why shares have rallied so is that Workhorse submitted one of three proposals for a U.S. Postal Service contract worth about $6.3 billion. That is expected to be awarded by the end of the year.

But even if they don’t get the award, Workhorse Chief Financial Officer Steve Schrader says he is not worried.

“The post office is transforming, obviously, but I like our business even without it,” Schrader said in a phone interview.

Michael Shlisky, a senior equity research analyst at Colliers International, is the lone analyst with a hold rating on Workhorse — four others say buy — and he agrees with Schrader.

“Some portion of the run up is due to the fact that they might win the USPS contract,” Shlisky said in a phone interview. “We still think it’s a great company whether or not they get the contract.”

Workhorse peer Nikola has gotten some unwanted attention from an activist short-seller this week. The stock soared on an earlier announcement of a deal with General Motors (NYSE:GM), only to slump Thursday and Friday after Hindenburg Research called Nikola a fraud. Nikola, which intends to make trucks of the semi variety and a pick-up truck called the Badger, has strenuously objected to Hindenburg’s report. The company has yet to produce any vehicles.

The demand for last-mile delivery vehicles is estimated at more than 350,000 a year, representing an estimated annual addressable market of $18 billion.

“This is the fastest growing segment of transportation,” Schrader said, adding that Workhorse’s product is unique.

“We have a head start on the competition,” Schrader said. “Everybody else is on the chalkboard, saying they will build something in a couple years.”

Still, in July, BTIG raised its price target to $26, the second-highest on the Street, assuming Workhorse will produce about eight vans a day next year, and secure a portion of the USPS contract.

This summer, Workhorse clinched two key partnerships. Ryder System will offer the C-Series through its ChoiceLease and SelectCare product lines, as well as for short-term rentals. And Hitachi (OTC:HTHIY) will provide an operational assessment of Workhorse’s manufacturing and operational capabilities, while partner Hitachi Capital America will assist in developing a national dealer network and offer vehicle financing.

“Hitachi can help the company drive customer orders as a well-known and respected player in the commercial leasing and finance industry,” Chief Executive Officer Duane Hughes said in an Aug. 31 statement.

If those opportunities weren’t enough to entice investors, in August, Workhorse’s strategic partner Lordstown Motors agreed to a merger with Diamondpeak Holdings Corp Class A (NASDAQ:DPHC)., a special purpose acquisition company, that will result in LMC becoming a publicly listed company on the Nasdaq under the ticker “RIDE.”

Post-transaction, which is expected to close in the fourth quarter of this year, Workhorse will retain its 10% ownership stake in the merged company, which is estimated at approximately $160 million based on a $1.6 billion valuation, as well as other royalty considerations.

Finally, there is Workhorse’s drone, which is linked to trucks and sets them apart, Schrader said.

“When the pandemic started, interest in our drone took off exponentially,” Schrader said.

And while Amazon (NASDAQ:AMZN) and Walmart (NYSE:WMT) have been testing drone delivery from fixed locations, Workhorse has the only patent for drones taking off from trucks. Since the Federal Aviation Administration has limited the distance drones can fly, those that can take off from a truck have a leg up, Shlisky said.

So while concrete results still elude the company, opportunities are popping up all over the place.

“All that has to happen is one of these four or five things has to work,” Shlisky said.

Of course, much of this was true when it was a $2 stock — an easy pitch, Shlisky said. The story’s little changed, but now it’s trading around $23. That’s a bit of a harder sell.