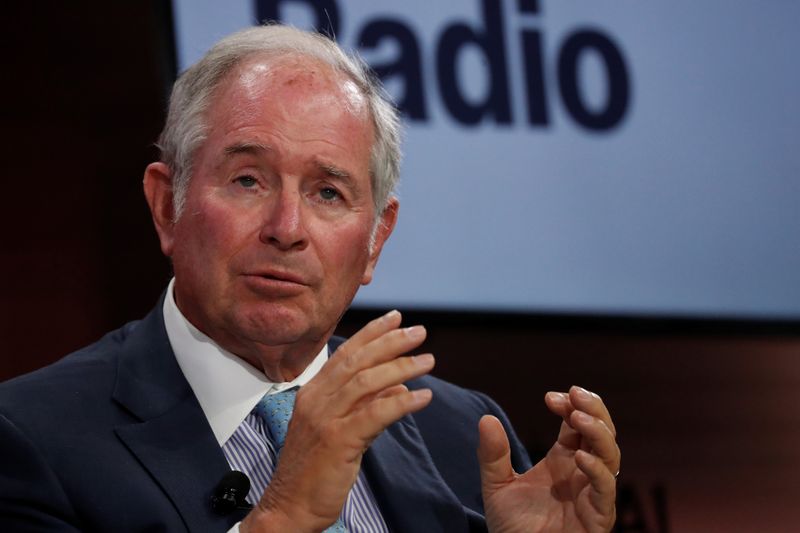 Schwarzman, whose net worth is pegged by Forbes at $18.2 billion, has given more to political campaigns this year than those who outspent him on Wall Street in the previous U.S. presidential election cycle of 2016, including Bloomberg LP founder Michael Bloomberg and hedge fund veterans George Soros, Paul Singer and Robert Mercer, the filings from the Center of Responsive Politics and the Campaign Finance Institute show.

With less than two months left till the Nov. 3 election, Schwarzman, a lifelong Republican, has more than doubled his political donations compared to the 2018 midterm election, and raised them more than fivefold since 2016, the filings show.

Blackstone declined to comment on what has been driving the increase in Schwarzman’s political donations and did not make him available for an interview. The jump in his election spending comes as Trump trails his Democratic challenger Joe Biden in opinion polls, and as his Republican party fights to keep control of the Senate, defending more seats than it is challenging.

“Schwarzman, like many Republican donors, believes this will be a close election,” said Paul Herrnson, a political science professor at the University of Connecticut and research fellow at the Center for Responsive Politics.

Trump’s campaign did not respond to a request for comment.

“President Trump enjoys support from a vast number of industries, but most importantly, from real voters across the country,” a Republican National Committee spokeswoman said in a statement.

Schwarzman, whose firm is one of the world’s largest real estate investors, got to know Trump in New York social circles when the latter was a property developer. He backed Trump’s bid for president in 2016, and chaired the White House’s strategic and policy forum, an advisory council comprising business leaders that was disbanded after Trump stirred controversy with comments on a white supremacist rally in Charlottesville, Virginia in 2017.

Schwarzman, 73, remains an unofficial adviser to Trump, and earlier this year he was named as a member of the ‘Great American Economic Revival Industry Groups’, which the White House formed as part of its policy response to the coronavirus outbreak.

With $564 billion in assets, Blackstone is the world’s largest manager of alternative investments, such as private equity, real estate, corporate credit and hedge funds. While the rise in its shares during Trump’s tenure – a 70% increase since he took office – is in line with the rally in its stock during President Barack Obama’s second term, Schwarzman has been an ardent supporter of Trump and Republican causes, and a critic of Obama’s administration.

In 2010, Schwarzman compared Obama’s unsuccessful proposal to raise the tax rate on carried interest received by private equity fund managers to Adolf Hitler’s invasion of Poland in 1939, subsequently apologizing for the analogy. When Trump lowered corporate and some individual tax rates in 2017, Schwarzman called the move a “game changer”.

Yet Schwarzman’s support of Trump has not been without compromise. He has been a high-profile advocate of closer U.S.-China ties, sponsoring a $575 million international scholarship program in partnership with Tsinghua University in Beijing, even as Trump pushes for “decoupling” from China following rows over trade, cybersecurity and the spread of the coronavirus.

In March, Schwarzman donated $3 million to America First Action Inc, an independent political action committee known as a super PAC, that is closely aligned to Trump.

Schwarzman’s largest donations, however, have gone to the Senate Leadership Fund and the Congressional Leadership Fund, the two Republican super PACs whose main goal is to maintain or secure the party’s majority in both houses of Congress, according to the funds’ websites.

As of the end of July, Schwarzman had donated $20 million and $2.5 million to the Senate and Congressional Leadership Funds, respectively.

This is in line with his predecessor Tony James, who is also a major backer of Democrats and now serves as Blackstone’s executive vice chairman.