Home
Stocks
Outside the Box: Why you might not know that Trump is threatening your Social Security
Prev Article Next Article
This post was originally published on this site 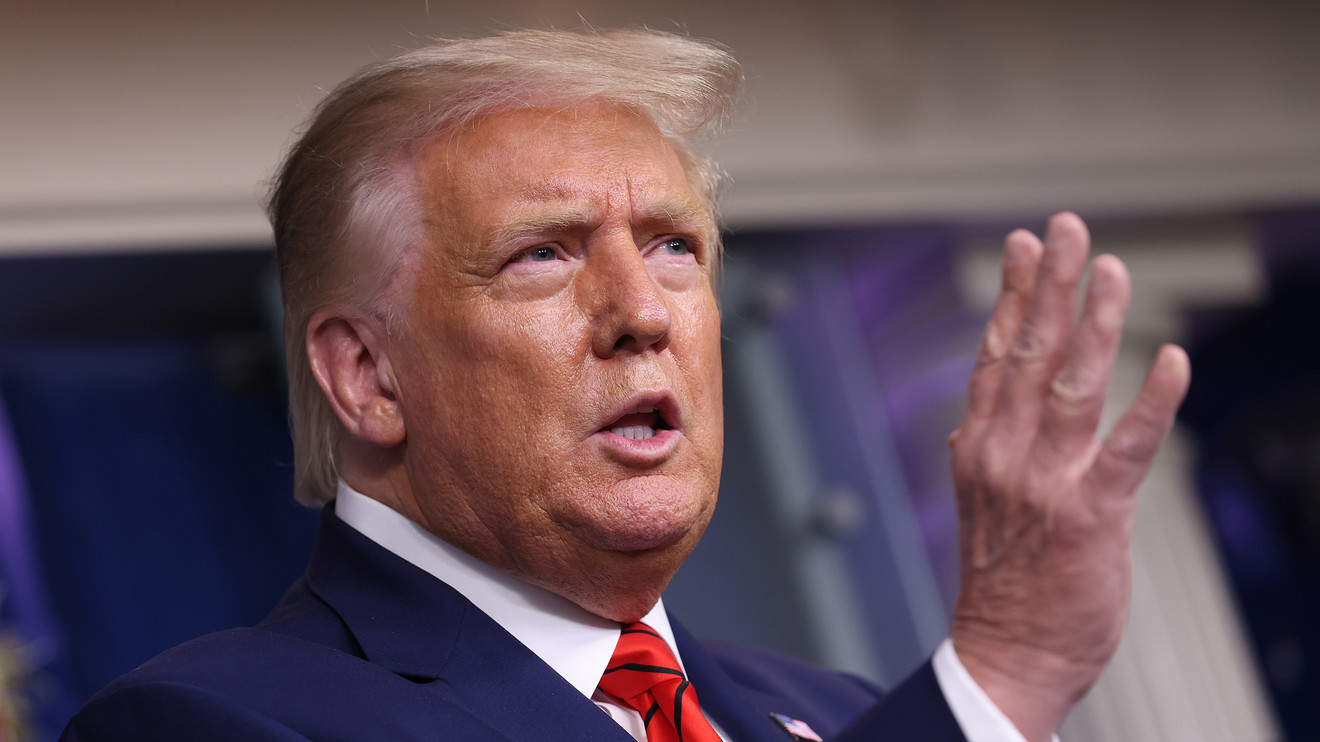 One way U.S. voters are being played during this presidential election campaign is the deceitful manner in which key issues are being framed for their consumption. Arguably the biggest and most important of these concerns the so-called “third rail” of American politics: Social Security.

President Donald Trump has vowed to kill funding for this critical, gargantuan program that nearly 70 million Americans depend on.

Perhaps like many Americans, you’re unaware of how Social Security is financed. It comes from payroll taxes that are paid by you and your employer. The past four years have convinced me that there are many other things that Trump’s supporters don’t seem to understand either (trade/tariffs, regulations, the stock market, etc.) but I digress.

“If victorious on November 3rd,” the president said on Aug. 8th, “I plan to forgive these taxes and make permanent cuts to the payroll tax.” He then added: “I’m going to make them all permanent.”

So when Trump talks of a “payroll tax cut,” you might think that sounds great. A tax cut! But this is deceptive election year politics, designed to take advantage of voter ignorance. Anyone in the media that’s going along with Trump’s framing of this as a mere tax cut is also being played.

Read: The assault on Social Security is under way

Trump seems to think that killing the payroll tax will save companies big bucks (His 2017 corporate tax cut wasn’t enough?) while increasing the take home pay of American workers. Bigger take home pay? Tens of millions of Americans don’t have pay — period — thanks to the economic collapse brought on by the COVID-19 pandemic.

Important sidebar: Note that Trump said in late February, when the U.S. had just 15 coronavirus cases, that we would soon be down to none — proof, he said, that he was an effective leader. “When you have 15 people, and the 15 within a couple of days is going to be down to close to zero, that’s a pretty good job we’ve done,” Trump said at the time.

Yet as of this writing, the U.S., with about 4% of the world’s population, has more than six million cases — one of every four on the planet. Not that this and other gross miscalculations and bumbling has stopped Trump from believing — and actually looking into — how he could be added to Mount Rushmore, alongside Presidents Lincoln, Washington, Jefferson and Theodore Roosevelt.

It doesn’t get more delusional than this except, perhaps, for kooky Trump advisers like economist Stephen Moore, and even Treasury Secretary Steven Mnuchin, who has said that Social Security could always be paid for by moving trillions of dollars from the government’s “general fund to those trusts funds.”

Trillions of dollars from the general fund?  What trillions of dollars? The federal deficit for fiscal year 2019 that ended last Sept. 30 was $984 billion. It has nearly quadrupled this year to a staggering $3.7 trillion, and this will skyrocket even further if another round of pandemic aid gets passed. These sums — so vast as to be nearly incomprehensible — get added on to the national debt, which as of last week was $26.6 trillion, up 33.6% on Trump’s watch.

Remember: Trump said he would eliminate the entire national debt — not the deficit, the national debt itself — in eight years, because of all the brilliant trade deals he would do. Here we are four years later and things are worse, far worse, than ever.

Other White House advisers, seeing the political damage this kind of talk has inflicted in a tough election race, have walked back plans to kill Social Security’s funding. And yet Trump’s words speak for themselves.

All this loose talk is an insult to the tens of millions of Americans who are heavily dependent on Social Security (and Medicare too). “Heavily dependent” is not hyperbole. Consider some numbers: According to the Social Security Administration, the average monthly benefit for recipients this year is $1,503. As modest as this is, it represents just about everything — “90% or more” of all income received by “21% of married couples and about 45% of unmarried persons.

It’s probably difficult for wealthy men like Trump, Mnuchin (who moonlights as the chief trustee of the Social Security Trust Fund) and others to see, but there is a vast sea of poverty in the United States. Click here to read a recent MarketWatch column I wrote about seniors and poverty. I’m talking about men and women — tens of millions of American workers — who paid into the system over their entire working lives. They deserve more respect than the Trump administration is showing them — and the assurance that the U.S. government will, without fail, honor the obligations it has made to them.

Since Trump’s base skews older, it’s reasonable to assume that many of them, too, are overly dependent on Social Security. They, and everyone else, must understand that when the president talks about a payroll tax cut, it doesn’t mean what it seems.

Read: Trump’s payroll-tax executive order could mean bigger paychecks this year — but 2021 is a different story