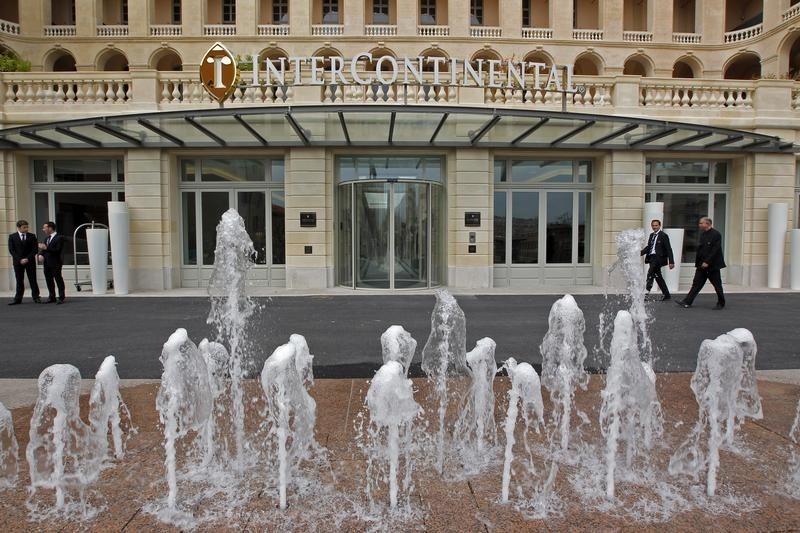 Investing.com — For months, the mantra has been that Covid-19 will devastate business travel, if not forever, then at least over any meaningful investment horizon.  The impact on leisure travel may not last quite as long but is set to be just as acute in the short term.

No surprise, then, that the hotel industry appears to be drawing the consequences.

Accor (PA:ACCP) is looking at a tie-up with U.K.-basedInterContinental Hotels Group (LON:IHG), according to the newspaper Le Figaro.

The French newspaper reported on Thursday that Accor CEO Sebastien Bazin has created a team led by CFO Jean-Jacques Morin to study the possibilities and retained M&A specialists Rothschild and Centerview to advise them. The group didn’t confirm the story.

A merger between the two would create the world’s largest hotel operator with over 10,000 establishments, leap-frogging the current sector Marriott (NASDAQ:MAR), which has just under 7,000. Even after some likely capacity rationalizations, it would be likely to retain this lead.

However, it would be unlikely to be dominated by Accor, which may be one reason why Le Figaro says Bazin isn’t as keen on the idea as his supervisory board, since he would not be the lead candidate to be CEO of the merged group. Keith Barr, IHG’s 50-year-old American CEO, has plenty of gas left in his tank, and his group is worth over 8 billion euros ($9.6 billion) compared to Accor’s 6.2 billion.

Moreover, IHG has the better business momentum right now, losing only around 260 million euros at an operating level in the first half of the year, compared to Accor’s 1.36 billion loss.

For Accor, the main appeal of any form of alliance would be to strengthen its footprint in North America, where IHG’s Holiday Inn chain has a strong position in the mid-market segment, which has suffered less than other segments in the current downturn. It was Holiday Inn’s performance that ensured IHG ended with the lowest drop in revenue per available room (RevPAR) in the second quarter, a mere 74.9% compared to over 80% for all of its main rivals.

The U.S,-heavy Holiday Inn family of brands complements the position of Accor’s Ibis and Novotel brands in Europe. That offers the prospect of synergies in areas such as reservations and loyalty programs.

Even the most wildly successful merger (and deals of this scale are rarely as successful as the bankers promoting them promise) would hardly be a panacea. Bazin said on an investor call this month that as much as 15% of the business travel market may disappear permanently, leaving Accor – which owns more of its branded hotels than its rivals – uniquely exposed to an overcapacity problem.

All the same, the prospect of a deal was enough to push Accor shares and IHG shares up 1.4% and 1.1% respectively on a morning when both the CAC 40 and FTSE 100 were heavily in the red. More gains should be expected if the two groups should ever get round to talking about the idea seriously.