Home
Stocks
: Airlines drive some gains for London stocks
Prev Article Next Article
This post was originally published on this site 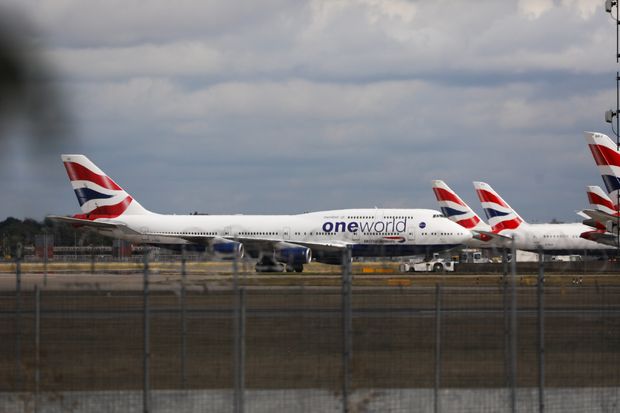 A British Airways flight taxis on the tarmac on its final flight before retiring, from London Heathrow Airport in London, U.K., on Tuesday, Aug. 18, 2020.

London stocks rose modestly Tuesday, a day after a record-busting day for Wall Street, with gains for airline stocks helping out.

Year to date, the Stoxx 600 is down 11.5%, while the London benchmark is down 19%. Tuesday saw the S&P 500 log a record close for the first time since February, allowing it to recoup all of the pandemic driven losses.

The pound was a slightly different story, at least earlier in the day when it turned positive against the dollar. The pound was trading at $1.3218, down 0.1% against the greenback. But analysts said the pound is not really capitalizing on anything but dollar strength.

The U.K. currency initially got a lift after data showed a jump in inflation, which came in higher than expected, defying analysts expectations. Some say the gain may not last as it is largely due to pent-up demand, but still offered some hope for the U.K. economic picture.

“While a significant degree of the headline inflation figure could be explained away by the rebound in energy prices, the fact that core inflation is now back at a lofty 1.8% does highlight some optimism for the U.K. economic picture,” said Joshua Mahony, senior market analyst at IG , in a note to clients.

Meanwhile, negotiations over a future U.K.-European Union trade treaty appeared to stall after the EU’s rejection of a British request to grant U.K. truckers wide-ranging access to Europe.

Among active stocks, shares of International Consolidated Airline IAG, +6.04% s jumped over 5% after the operator of British Airways and other airlines was mentioned in a note by Bernstein analysts. “On a multiyear view…IAG is the most compelling investment into the next cycle, as it demonstrates the strength of its model,” said analysts Daniel Roeska and Alex Irving.

“To take a stance on airlines, investors need to look through the trough and earnings volatility and consider recovered earnings levels in 2022/23/24, depending on the airline,” they said, adding that Ryanair and easyJet are also companies they like.