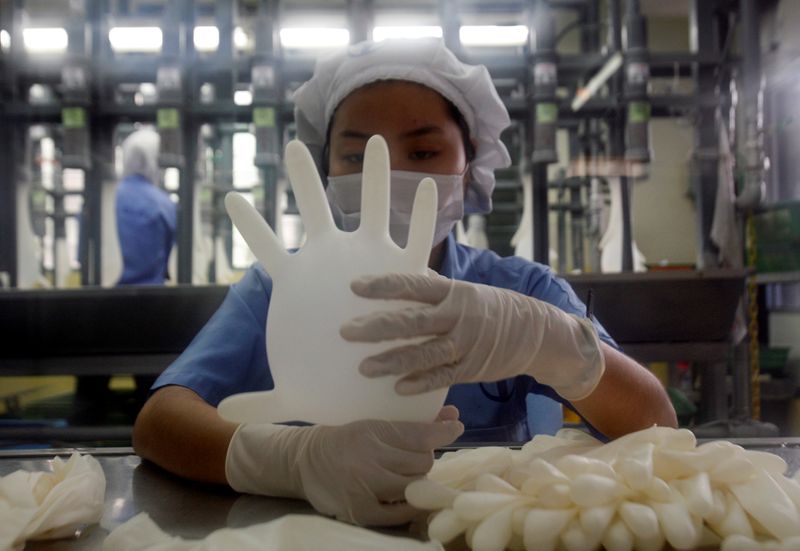 The United States is a major market for medical gloves, which have seen huge demand as a result of the COVID-19 pandemic, and last month the U.S. Customs and Border Protection (CBP) placed a detention order on imports from two of Top Glove’s subsidiaries.

Such action is normally taken by the CBP against companies suspected of using forced labour. Foreign workers are often charged a fee by employment agents to land jobs in Malaysia, a debt they then work to pay off.

Top Glove said in a stock exchange statement that it had made the first remediation payment of 4.4 million ringgit ($1 million).

“The total remediation fee to be paid is estimated at 53 million ringgit, subject to finalisation with the U.S. Customs and Border Protection (CBP),” it said, adding that it “continues to actively engage with the U.S. CBP towards resolving the Withhold Release Order (WRO) expeditiously”.

It had earlier said it had made progress in engagement with the CBP and hoped to resolve the matter this month.

Smaller rival Hartalega Holdings Bhd (KL:HTHB) earlier said that from the fourth quarter it will reimburse up to a total of 40 million ringgit in recruitment fees previously paid by migrant workers to employment agents.

Another rival Supermax Corporation Bhd (KL:SUPM) said its net profit for the quarter ended June 30 had risen from 15.06 million ringgit to 399.62 million ringgit.

It said this was its “best quarterly financial performance” and had been driven by an exponential rise in demand for gloves and an increase in production capacity, which it plans to almost double by the end of 2022.