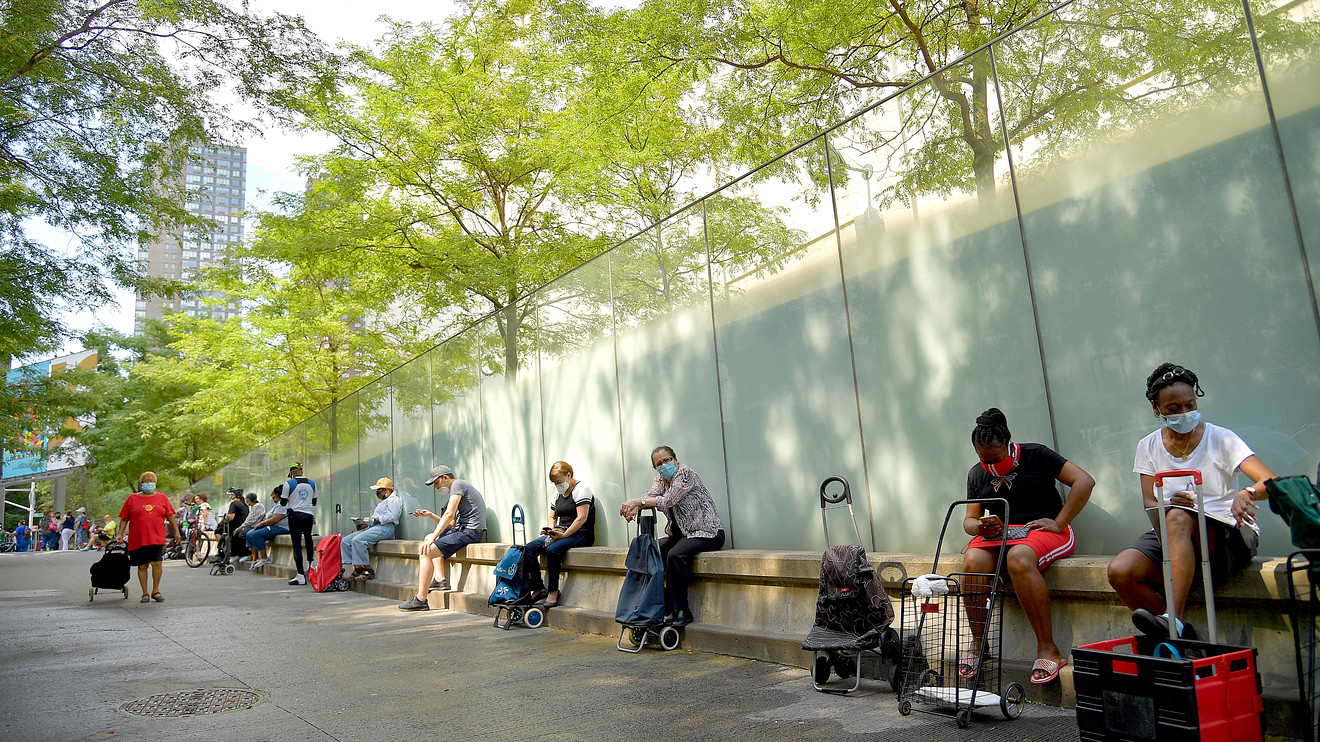 The numbers: Initial jobless claims fell in early August for the first time in three weeks and touched the lowest level since the coronavirus pandemic began more than four months ago, a surprising decline that suggest some improvement in the labor market despite another viral outbreak.

New applications for unemployment benefits, a rough gauge of layoffs, sank by 249,000 to 1.19 million from 1.44 million in the prior week, the Labor Department said Thursday. The figures are seasonally adjusted.

A steady decline in jobless claims briefly came to a halt in July to amid a surge in Covid-19 cases in California, Texas, Florida and many other states. Some restrictions were reimposed on businesses and companies were forced to lay off or furlough workers, some for the second time.

Another 655,707 new claims for benefits were also filed through a temporary federal-relief program, bringing the total for the week to an unadjusted 1.64 million. That’s also the lowest level in several months.

The number of people receiving traditional jobless benefits through the states, known as continuing claims, dropped by a seasonally adjusted 844,000 to 16.1 million in the week ended July 25.

It’s possible the decline in claims stems from the pending expiration of a $600 federal unemployment stipend at the end of July, economists say. The program’s lapse could have led some people to believe they were no longer eligible to file.

See: Job trouble? Wave of rehiring after economy reopened to fade in July after viral spiral

Also: Manufacturers expand in July for third straight month, but not all jobs are coming back

What happened: The highest jobless claims were reported in California, Florida, Texas, Georgia — states that have experienced fresh outbreaks of COVID-19.

Some 31 million people were still receiving benefits through eight state and federal assistance programs as of July 18, the most recent data available. That’s up from an unadjusted 30.8 million in the prior week.

MarketWatch is reporting select jobless claims data using actual or unadjusted figures to give a clearer picture of unemployment. The seasonally adjusted estimates typically expected by Wall Street have become less accurate during the pandemic because its unprecedented nature makes comparisons with the past untenable.

Big picture: The flareup in the coronavirus appears to have blunted the recovery in the labor market not withstanding the surprise decline in new claims. A raft of economic indicators point to a slowdown in hiring and some even point to an outright decline in employment.

The government on Friday is expected to report the U.S. created 1.75 million new jobs last month — about two-thirds fewer than the increase in June.

The fresh uncertainty is making businesses skittish about bringing back more workers, at least until the latest viral outbreak dies down. And it’s making painstakingly slow negotiations in Washington between Democrats and Republicans on how to extend unemployment benefits even more critical to the well-being of millions of Americans who can’t go back to work through no fault of their own.

What they are saying?: “The possibility of mounting layoffs that could become permanent is high,” said Rubeela Farooqi, chief U.S. economist at High Frequency Economics. “Without effective virus containment the recovery remains at risk from ongoing job losses that could further restrain incomes and spending.”