Home
Stocks
: International student applications to U.S. colleges are predicted to fall this year — why that will hurt more than universities
Prev Article Next Article
This post was originally published on this site 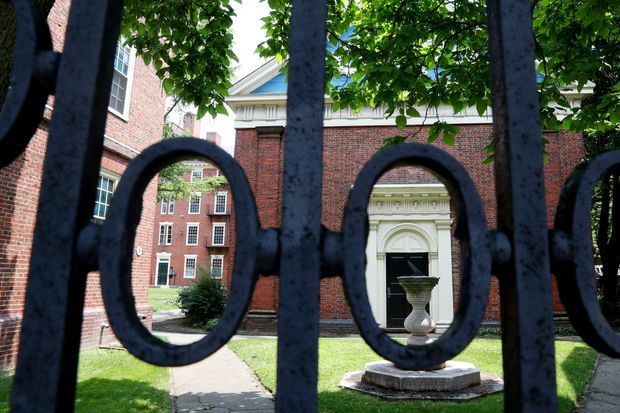 The number of international students studying at U.S. universities this fall is likely to drop from last year, a survey released Thursday predicts.

So far, 57,855 international students have accepted enrollment for fall 2020 at 286 U.S. colleges and universities that provided that data to IIE. Another 4,488 deferred their enrollment to the spring semester or later.

“It’s a perfect storm of issues that are confronting new international students and colleges,” said Miriam Feldblum, the executive director of The President’s Alliance on Higher Education and Immigration, a coalition of university officials focused on immigration policies’ impact on higher education.

Any decline in the number of students coming from abroad to the U.S. for education could have implications for colleges’ finances, which have already been squeezed by the pandemic. Research indicates that public colleges rely on international students, who typically pay full tuition, to fill in budget gaps.

Policies and travel restrictions make enrolling in the U.S. difficult

Those issues include: travel restrictions imposed as a result of the pandemic as well as delays in processing visas due to pandemic-related limitations on interviews. “The government then laid on top of that additional policy decisions that further discouraged new international students from being able to enter the U.S.,” Feldblum said.

U.S. Immigration and Customs Enforcement, or ICE, issued guidance in early July indicating that continuing international students wouldn’t be able to remain in the U.S. if they took their courses online. After pushback, ICE rescinded that guidance a week later. On Friday, the agency issued guidelines on new international students indicating that they could not come to the U.S. for fully remote instruction.

These restrictions came amid broader “insecurity” that a “series of policy attempts and policy measures have created for international students and scholars,” over the past few years, Feldblum said.

Since the Trump administration took office, efforts like the ban on travelers entering the U.S. from some countries; temporarily freezing categories of certain work visas; and limiting the entry of certain students and scholars into the U.S. from China have had a chilling effect on the environment for international students over the past few years.

Even as uncertainty remains surrounding how many new international students will be able to make it to the U.S. for school this fall, colleges are likely preparing hybrid education plans in part so that they can bring new international students to the U.S., Feldblum said. Indeed, 87% of the colleges surveyed by IIE said they were planning for a mix of in-person and online instruction.

“There’s so much unknown and so much planning that has to take place regardless,” she said.