Home
Market
Will You be Letting Your Kids Trick or Treat in 2020? Hershey Says Yes
Prev Article Next Article
This post was originally published on this sitehttps://i-invdn-com.akamaized.net/news/LYNXMPEE3P18U-ORUBS_M.jpg 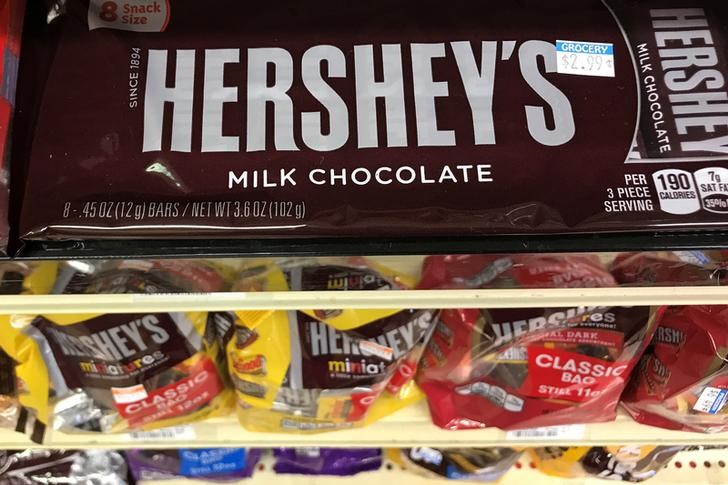 Investing.com – Covid-19 be damned. Hershey is convinced it’ll be all treats this Halloween.

The chocolate bar maker is forecasting its biggest season will outperform expectations thanks to “iconic brands, strong innovation and merchandising, and great execution” despite the pandemic.

Shares are up 4.3% after the company reported that it expects “accelerated sales growth in the second half of the year based on momentum exiting the second quarter, assuming no significant disruption to current consumer trends.”

That includes Halloween, which represents about 10% of annual sales. While Hershey says celebrations will be different this year, it notes that almost 50% of candy purchases are based on “treat for me” and “candy bowl” occasions, which start early. The annual Halloween tradition of trick or treating represents the other 50% of the season’s sales.

The pandemic may force parents to change plans this year and prevent their children from trick or treating, which involves traveling door to door and collecting candy. Parent Jordan River told The Mercury News in April that he was worried about there being “too many hands in the (candy) pot — with the likelihood of asymptomatic spreaders all around.” As things currently stand, the newspaper reported, he says there will be no trick-or-treating for the family in 2020.

Hershey admits there will be fewer trick or treaters out there, but it might not be as bad as feared as “the expectation of this holiday tradition has been consistently improving over the past several weeks,” Hershey Chief Executive Officer Michele Buck said in an earnings call July 22.