Home
Market
Spirit Aerosystems braces for deeper 737 production cut through 2022: CNBC
Prev Article Next Article
This post was originally published on this sitehttps://i-invdn-com.akamaized.net/trkd-images/LYNXNPEG6M19F_L.jpg 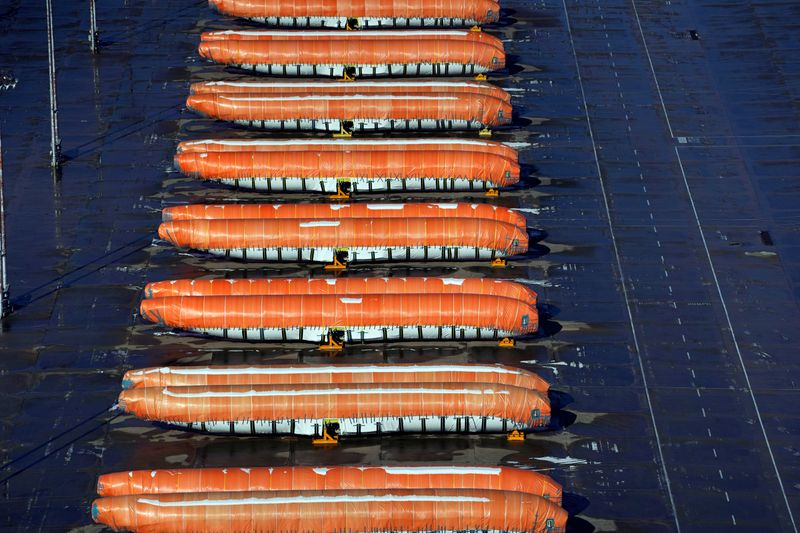 Spirit warned last month it was at risk of breaching its financial covenants after its largest customer Boeing Co (N:BA) asked the aero parts maker to substantially reduce 737 production this year due to the coronavirus crisis.

Wichita, Kansas-based Spirit, which makes fuselages for the 737 MAX, has shared a forecast with lenders that showed deliveries for 737 MAX in 2020 to be around 70, much lower than its previous forecast of a little more than 200, according to the report.

Spirit expects 2021 deliveries of the narrow-body plane to come in at less than half of its earlier forecast of 400 planes, according to the CNBC report.

For 2022, the fresh estimates for Boeing’s 737 deliveries were projected at fewer than 400 planes, a decline from a previous forecast of almost 500.

Spirit’s profits have come under pressure after Boeing halted production of the once best-selling 737 MAX in January. The jet was grounded worldwide in March 2019 after two fatal crashes killed 346 people.

As a result, Spirit has been forced to cut thousands of jobs and reduce its quarterly dividend by 90% to just 1 cent per share.