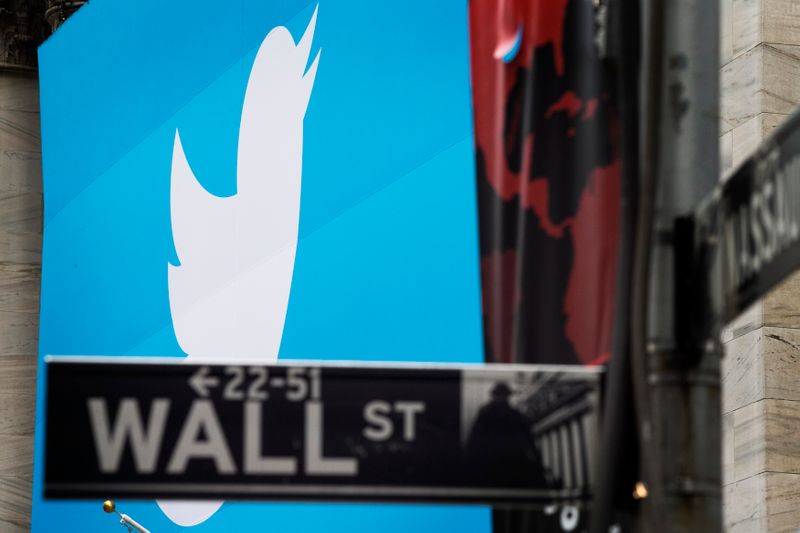 SAN FRANCISCO (Reuters) – Twitter Inc (N:TWTR), bruised by a hack last week that compromised the accounts of high-profile users, may have to account for a different embarrassment when it reports earnings to investors on Thursday: paltry ad revenue.

The social media company said in April that it had sped up work on long-sought tools to attract advertisers, particularly mobile games and other app makers that are continuing to target consumers stuck at home during the COVID-19 pandemic.

Months later, Twitter remains reliant on advertising targeted around big events, which have all but vanished during the pandemic, and it lacks the “direct response” ad products preferred by app developers at the level offered by peers.

Wall Street is bracing for Twitter to take a harder hit in the second quarter than other ad-dependent social media competitors like Facebook (O:FB), which is expected to turn a profit despite coronavirus pressures.

Analysts estimate on average that Twitter’s ad sales will decline 19.8% in the second quarter year-over-year, according to Refinitiv data. They expect a loss of nearly $126 million, blowing past the $8 million loss posted in the first quarter.

“Twitter’s ad business was hit hard by the coronavirus pandemic in March, and it’s likely that losses continued into at least part of Q2,” said eMarketer analyst Jasmine Enberg.

The company had aimed to stem losses this year by slashing costs, although the hack may spoil that plan if it forces costly security investments. Last week, Moody’s (NYSE:MCO) warned the incident raised concerns about Twitter’s internal security and possible reputational risks for users.

That could bode ill for Chief Executive Jack Dorsey, who fought off an attempt by activist investor Elliott Management to oust him from his job earlier this year by agreeing to growth targets. The deal bought time for Dorsey, who is also CEO of financial tech company Square (N:SQ), to show Elliott he could run two public companies.

Earlier this month, Twitter signaled that new revenue-generating products were on the way. It revealed via a job listing that it had convened a team, code-named Gryphon, to work on building a subscription platform.

It also announced plans to launch a new Application Programming Interface (NASDAQ:TILE) (API), a potential boon to the company’s data licensing business, which contributes about 15% of its revenue and is growing at a faster clip than ad sales. But Twitter postponed the API’s launch after the hack, saying the timing “no longer made sense or felt right.”