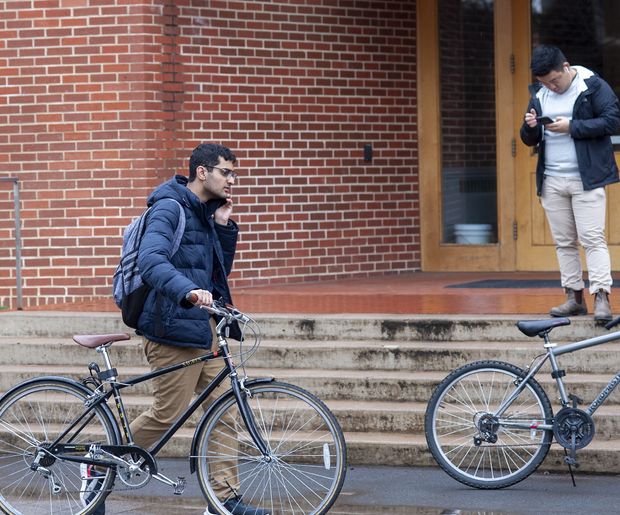 February campus scene at Princeton University as the Ivy League institution in New Jersey was advising students who had recently been in China to self-isolate for two weeks.

Education around the world has been upended by the pandemic — with school closures, classes moving online, and debates over how and when to reopen. And, like other industries, education’s economic losses are staggering. Several individual U.S. universities are projecting 2020 revenue declines exceeding $100 million. Industrywide, the losses will be in the billions.

The reasons are manifold. But one is the long-running desirability of schools in the U.S., Europe, and Australia among high-paying foreign students — an income source being crushed by the pandemic and by political tensions.

No country attracts more foreign students than the U.S. Just before the pandemic, the number of international students at American colleges and universities hit a record high of 1 million. Besides brain power and innovation, they contributed billions of dollars to the U.S. economy though tuition payments, living expenditures and jobs created because of increased enrollment.

Where did most of these students come from? Logically, from the country that sends more students abroad than any other: China.

Nearly a million Chinese students studied abroad last year, according to UNESCO. Many chose Australia, the U.K. or Canada — but the U.S. has been their top destination for years. Some 370,000 enrolled in American schools in 2018, bringing $15 billion to the U.S. economy and creating thousands of jobs, according to the Institute of International Education.

But that number is expected to plummet, driven largely by the coronavirus pandemic but exacerbated by political issues. A recent survey found that two-thirds of Chinese students had reconsidered plans to enroll abroad amid the crisis. That was more than students from anywhere else globally. Chinese students’ reluctance makes sense when you consider how long the virus has been contained in China, while cases rage in many places abroad — most notably in the U.S.

But political tensions, which were quietly affecting Chinese enrollment before the epidemic, are now hurting an already tenuous situation.

In 2018 the U.S. began shortening visa durations for Chinese students in areas like science and technology, because of national-security concerns. But over the last month, things ramped up, with the State Department canceling or denying thousands of visas, mostly for graduate students in science and technology studies. This latest round is the immediate result of a proclamation from President Trump targeting Chinese students with potential government or military ties.

In the latest development, the Trump administration scrapped new rules that would oust international students from the U.S. if they were taking online classes only. The Trump reversal came in the face of a lawsuit filed in federal court by Harvard and MIT.

Regardless, the losses to U.S. higher education this coming school year will likely exceed $3 billion and tens of thousands of jobs, according to industry monitor NAFSA. “We need Congress to support legislation protecting international education to save American jobs and ensure U.S. students remain globally competitive at time where we cannot afford to lose our competitive edge,” NAFSA Executive Director and CEO Esther D. Brimmer said in an online statement.

The tensions aren’t confined to the U.S., either. Months of trade and diplomatic conflict between China and Australia have spilled over into education. Last month, Beijing advised its students not to study in Australia because of alleged racism — which many Australian commentators saw as veiled political retaliation.

“Multiple discriminatory events against Asians happened in Australia during the epidemic outbreak,” said a notice from China’s Ministry of Education. More than 40% of Chinese students weighing whether to study in Australia said the government’s travel warning would be a critical consideration in their decision.