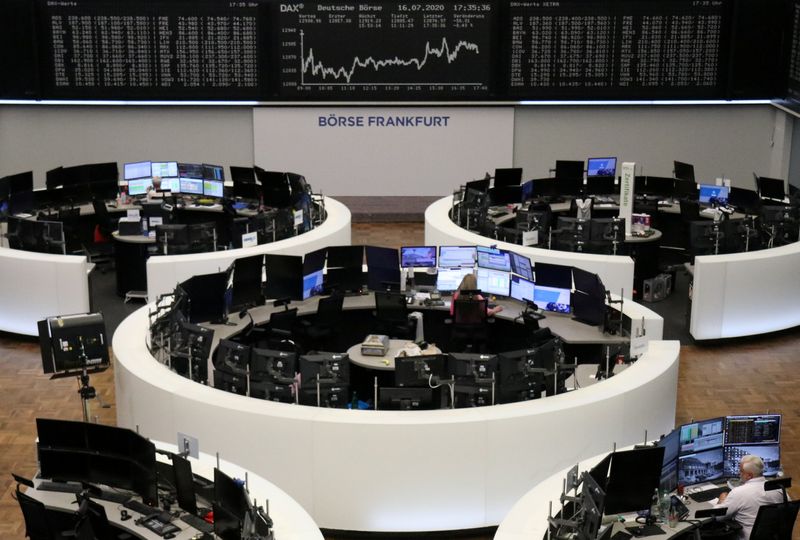 The pan-European STOXX 600 index (STOXX) rose 0.2% by 0714 GMT, with automakers (SXAP) jumping 1.8% after Daimler AG (DE:DAIGn) said it expects to post a smaller-than-expected operating loss in the second quarter.

Euro zone stocks (STOXXE) were up 0.1% after rallying in the recent months on hopes that an EU-wide fund to support the pandemic-stuck economies could lift the bloc out of recession.

Analysts believe markets could tolerate a few days’ or weeks’ delay with opposition from the Netherlands and the threat of a Hungarian veto weighing on chances of a deal.