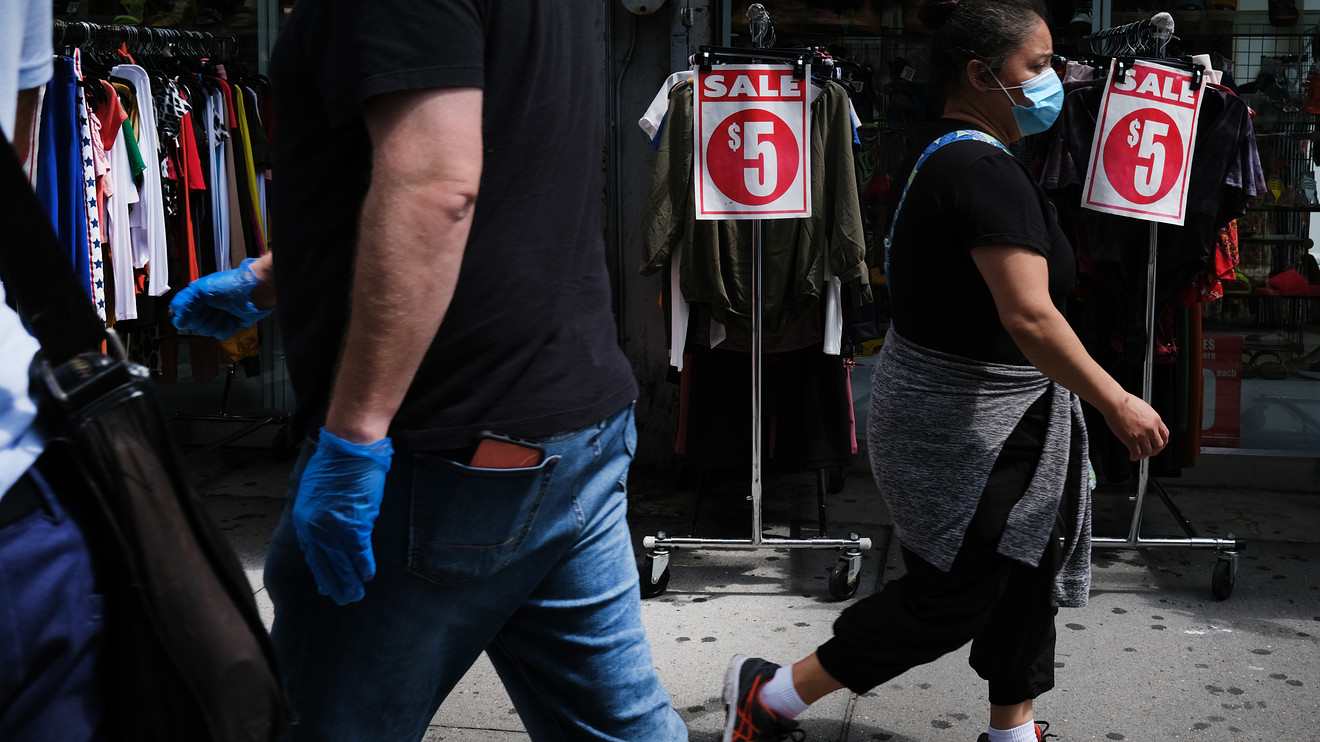 Every month since, consumer complaint numbers have been breaking record highs set the previous month, according to a Friday report from the consumer advocacy group U.S. PIRG.

The CFPB received 29,494 complaints in March about various sorts of alleged consumer mistreatment — that number climbed to 37,926 by June.

In one complaint last month, a homeowner talked about entering a mortgage forbearance agreement with their loan servicer because of the outbreak. “Now, they are requesting a balloon payment, which I am unable to make. I’ve been in my home for 16 years,” the person wrote in their complaint said.

In another complaint last month, the consumer described dealings with an auto lender that was insisting on payment. “This is a horrible company that says they love and honor veterans, however only the ones who have no financial issues. They harass and don’t care about those of us on hard times, and many will soon know,” the borrower wrote.

Rising complaint totals contradict that assertion, Mierzwinski said. “The database is like a canary in the coal mine. The fact is, there should be more being done at the bureau.”

The consumer watchdog agency has been taking the opposite approach, Mierzwinski said. For example, he pointed to the CPFB’s final rule, issued earlier this month, that revoked a payday lender’s requirement to verify a person could pay back a loan.

The new report comes less than a month after the U.S. Supreme Court decided the agency, created during the Obama administration, could continue to operate. The president can remove the director at will, the high court said.

Consumers can complain to the CFPB about alleged errors on credit reports, debt collection practices, student loans or problems with their bank and credit card company. Alleged credit reporting problems have been the largest complaint category since the database launched in 2012.

The trend has strengthened during the pandemic, the U.S. PIRG report noted. Between March and June, consumers sent in 85,185 complaints about credit reporting, credit repair services and other types of personal consumer reports. That’s an 86% increase from the same four-month period last year.

Don’t miss:How to protect your credit score during the coronavirus pandemic

Cash-strapped consumers may be complaining about their credit reports more than ever, Mierzwinski said, because they are finding problems in their report after getting turned down for a loan.

See also:5 questions to ask if you’re considering a personal loan in a crisis

CFPB did not respond to a request for comment on the report, but it also recently showed how much the outbreak is impacting consumers. Roughly 20% of complaints related to mortgages, credit cards and credit reporting include coronavirus-related keywords, it said.

In more than half of the mortgage complaints discussing the outbreak, the CFPB said consumers noted they were having problems paying their bills.

The CFPB has handled more than 2.3 million consumer complaints since its 2011 launch.

Sen. Elizabeth Warren, a Democratic senator from Massachusetts who initially proposed the CFPB, said Friday the consumer complaint database was a critical part of the agency.

Those complaints serve as a real-time “heat map” to spot emerging problems, she said during a panel hosted by Americans for Financial Reform, a left-leaning consumer advocacy coalition. The complaints are also important because they give consumers a voice, Warren added.

The senator and onetime presidential candidate said she often meets people who tell her they’ve lodged CFPB complaints about credit card disputes and other matters.

“They have the whole story to spin out,” Warren said. “It was [their] way to say, ‘Listen, buster, you cheated me and I want a public record.’”

Like Mierzwinski, Warren was critical of the agency under the Trump administration. “What they mostly have done is sit on their hands. Wall Street knows it. Scammers know it.”