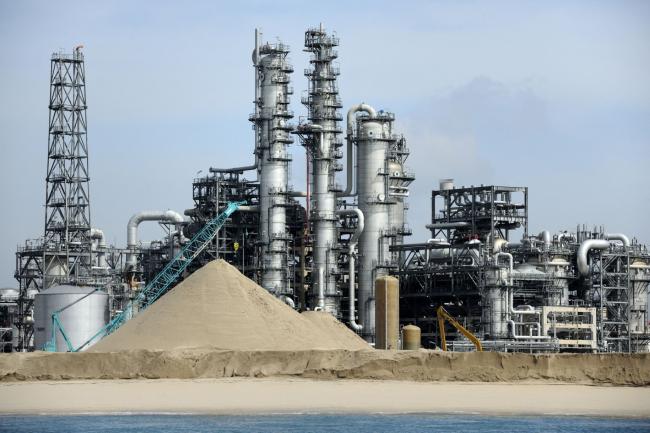 The troubled transactions, outlined in court documents, offer the clearest look yet at some of the deals at the heart of a web of scandals in the Asian energy-trading hub that have already caused more than $9 billion in potential losses for global lenders.

The Singapore units of CIMB Bank Bhd. and Natixis SA claim to be victims in separate cases filed in the High Court of Singapore. Their accusations span four separate oil deals, but involve the same players:

The banks said they issued letters of credit and paid Sugih for oil on behalf of Hontop, based on Hontop showing them supposedly binding contracts to on-sell the oil to BP, according to the filings. However, when they went to collect from BP, the oil major said it had never agreed to some of the purchases.

CIMB and Natixis said they paid Sugih a total of about $192 million on behalf of Hontop for oil that Hontop promised it would sell on to BP, according to the filings.

When the banks went to BP’s Singapore unit to be paid back, the oil major told them the transaction for one of the shipments was contingent of another payment that never materialized, and two never existed at all, adding that the lenders had been victims of their client’s fraudulent conduct, according to the filings.

As for the oil at the center of the deals, the banks say it’s unclear if the cargoes were there to begin with and whether they were discharged as planned, according to the filings.

An attorney for Sugih, now Aeturnum, said the firm is an innocent party in the series of sales. It sold the cargoes to Hontop, and Hontop never disputed that they were delivered, he said. Hontop is the one who failed to pay the bank for the cargoes, and that’s who the banks should be looking to for payment, the attorney said.

BP declined to comment, as did attorneys for Hontop, CIMB and Natixis.

The accusations shine a spotlight on the special relationship between banks and commodity traders, which require ample low-cost financing for the high-capital low-margin business. The magnitude of the losses in Singapore are now prompting lenders to take a long and hard look at whether the rewards of financing the sector are sufficient to offset the risks amid the most dramatic oil-price crash in a generation.

The following is a summary of the trades in question, based on an affidavit CIMB filed in a case against Hontop in the Singapore court on July 1, and claims filed by Natixis against Sugih on June 19 and 29. The Green Attitude shipment counts as two deals as both lenders were involved.

Hontop approached CIMB in early November 2019 to finance a purchase of Russian ESPO crude from Sugih for resale to BP.

Based on that, CIMB agreed to issue a letter of credit to Sugih and eventually paid the firm about $36 million on Hontop’s behalf.

When the bank went to BP expecting to collect the money from Hontop’s subsequent sale, however, the oil major told them the contract was subject to a framework agreement under which its payment obligations were conditional upon another payment from Hontop to BP, according to the filings.

Since Hontop hadn’t paid, BP said it wasn’t obliged to pay Hontop or CIMB. BP went on to allege that the bank was “apparently a victim of Hontop’s fraudulent conduct,” according to a letter from BP included in the filing.

In a separate claim filed by Natixis, the bank said it financed a purchase of 270,000 barrels of ESPO crude on board the Green Attitude after Hontop applied for a letter of credit in November, at the same time Hontop approached CIMB.

Hontop provided documents to show it agreed to buy the oil from Sugih with an on-sale agreement to BP, according to the filing. Hontop has failed to reimburse the $18 million Natixis paid to Sugih, which refused to provide the documentation the bank requested.

Hontop approached CIMB in December last year to finance another purchase of Russian oil from Sugih, this time for resale to Mitsui & Co.’s trading unit in Singapore.

CIMB declined to finance the deal because Mitsui wasn’t on its approved buyer list, and within eight hours Hontop came back and said BP would buy the cargo instead. Upon receiving purchase and sale contracts, email deal recaps and bills of lading from Hontop, CIMB agreed to finance the transaction and issued letters of credit totaling $70 million.

CIMB later asked Sugih for more documentation, and the trader gave it contracts, invoices and other documents showing it bought 1.3 million barrels of crude from another firm, a Singapore unit of Chinese manufacturing conglomerate WanXiang Group. CIMB then paid Sugih the $70 million after receiving the documents.

That’s when things started to go awry. First, BP’s lawyers said they searched their records and could find no contract to purchase the cargo from Hontop and suggested it had been fabricated. The oil giant refused to pay the bank’s invoice.

Then CIMB reached out to Wanxiang. The trader said Hontop and Sugih had asked it to come into the deal, buying the cargo from Hontop and immediately selling it to Sugih, according to the filing. In addition, Wanxiang claimed that Sugih had altered the sales documents it forwarded to CIMB, the filing shows.

Wanxiang isn’t being accused of any wrongdoing. An attorney for the firm said it isn’t a party to the legal proceedings and therefore isn’t aware of all the details of the case.

Hontop approached Natixis in late November last year to finance a purchase of Brazilian Lula crude from Sugih for resale to BP. Hontop provided supporting documents such as purchase and sale contracts with Sugih and BP and bills of lading on the tanker New Honor for about 982,000 barrels of Lula.

Natixis issued a letter of credit with Sugih as beneficiary and eventually transferred $67.5 million to the firm’s bank.

Once again, though, when Natixis sought payment from BP, the oil major said it had not entered into nor was it aware of a contract to purchase oil from Hontop, and it refused to pay.

Natixis claims Sugih refused to give it more documentation. In addition, the bank alleged that only 425,000 barrels of Lula crude were discharged in China — less than half the agreed-upon volume — and that the cargo was delivered to another company called Shandong Dongying Yatong Petrochemical Ltd., rather than Hontop.