Home
Stocks
One new safety measure for Americans ready to fly again this July 4 weekend: More checkpoints open at security
Prev Article Next Article
This post was originally published on this site 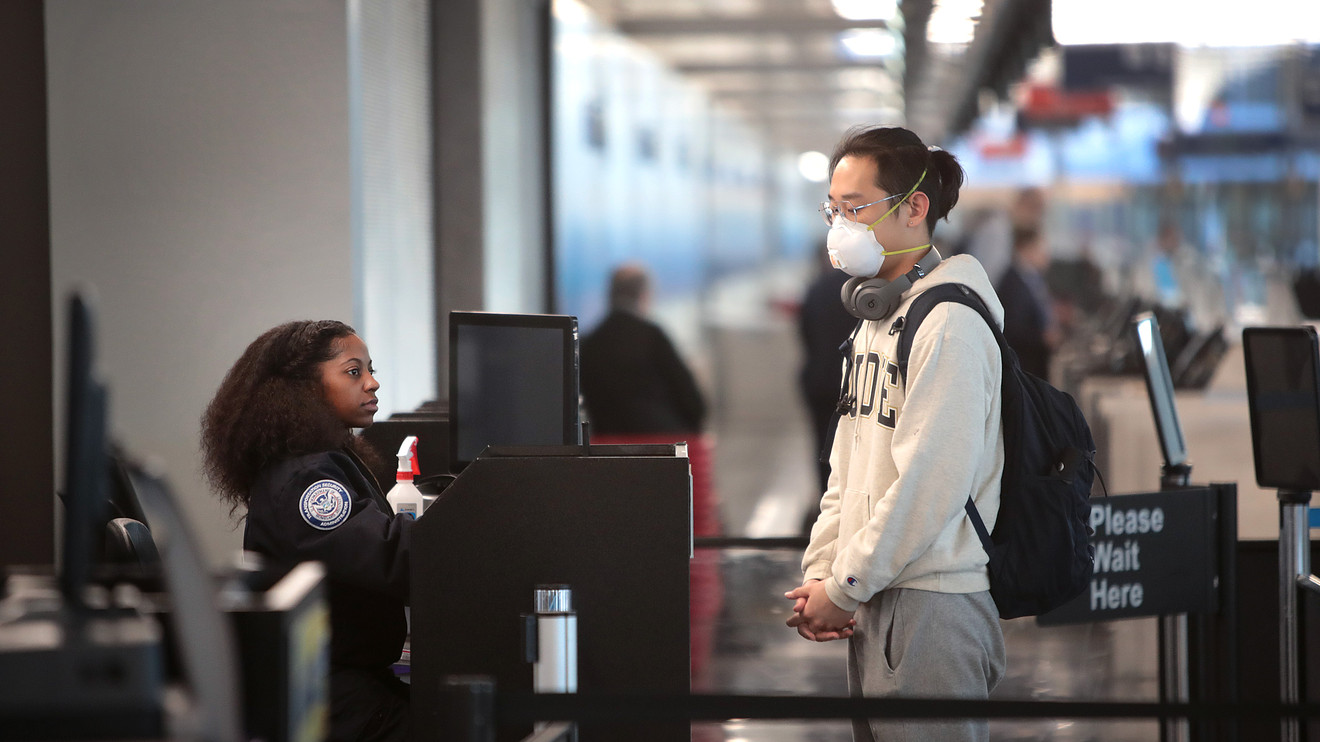 Airlines, airports and government agencies are taking measures to protect passengers and workers from contracting or spreading the coronavirus.

During a media roundtable Senate Committee hearing this week, Transportation Security Administration Administrator David Pekoske laid out the wide range of new policies and procedures the agency has implemented to reduce the potential of infectious transmission of COVID-19, including more stringent cleaning of the bins travelers put their belongings in for screening and requiring TSA personnel to wear masks.

“ ‘The way we maintain that social distancing as best we can is to open more lanes than we typically would.’ ”

One major change the agency has ushered in is opening more security lanes. “The way we maintain that social distancing as best we can is to open more lanes than we typically would,” Pekoske said. “So that the wait times to get through TSA screening are reduced substantially from what they were before COVID-19 occurred.”

The agency has aimed to keep wait times to nine minutes or less on average across the country, and between two to three minutes for passengers with Global Entry or TSA PreCheck status.

The TSA is also aiming to make the security process more self-service-oriented, though that depends on where new technology has been deployed, Pekoske said. Passengers are now asked to self-scan their boarding passes when a TSA agent is cross-checking it against their ID, and in some cases travelers can also self-scan their driver’s license or passport.

Other measures Pekoske identified include having TSA agents wear and change gloves more regularly and the installation of plexiglass.

Airports are encouraging the use of mobile technology

To avoid contact between airport staff and travelers, airports are currently emphasizing the use of mobile technology as much as possible. Airports are working to deploy more contactless technology and plexiglass barriers, Kevin Burke, the president and CEO of Airports Council International, North America, said during the roundtable.

“Use contactless payments at retailers if possible, and use mobile passport or the CanBorder mobile apps to reduce the touch points in the customs area,” Burke said.

Airports across the country have installed signage to encourage people to wear face masks whenever possible in the airport and maintain social distancing. Some airports have also instituted more stringent policies, such as barring anyone without a ticket from entering terminals, Burke said.

New policies at ticketing and boarding

All domestic airlines now require passengers to wear masks on the flight, and those who don’t follow the rules could be removed from the aircraft or barred from flying with the carrier again.

But that’s just one of the new policies airlines have introduced in response to the pandemic. On Monday, Airlines for America, the industry’s main trade group, announced that most domestic carriers would require passengers to fill out a health acknowledgment during check-in.

“ ‘We now board our passengers in rows starting with the back of the plane and continuing to the front. This prevents over-crowding on the boarding ramp or jet bridge, and in the aisle of the aircraft.’ ”

The acknowledgment informs travelers about the need to wear face coverings, verifies whether they have any symptoms associated with COVID-19 and confirms whether they’ve had close contact with anyone who has COVID-19 symptoms or has tested positive within two weeks of their travel date.

People who don’t complete the acknowledgment may not be allowed to travel.

Only Frontier Airlines has begun screening temperatures at boarding, but other airlines have said that if the federal government were to begin doing so, they would provide refunds to people barred from flying for running a fever.

At boarding, most airlines are now changing the order in which people enter the plane by having people seated in the back enter first, to prevent people from passing each other on flight.

“We work to maintain as much distance as possible between passengers during boarding, in flight and while de-planing,” said Hilarie Grey, Allegiant’s managing director of corporate communications. “We now board our passengers in rows starting with the back of the plane and continuing to the front. This prevents over-crowding on the boarding ramp or jet bridge, and in the aisle of the aircraft.” Allegiant also distributes health and safety kits, which include a single-use face mask and sanitizing wipes, to passengers.

In some cases, airlines have also amended the in-flight food and beverage service to reduce contact between crew members and customers.

Airlines have emphasized that the recirculated air on planes go through HEPA filters that are proven to filter out viruses. But Hawaiian Airlines has taken matters a step further: On flights between the Hawaiian Islands, it does not recirculate air, and only brings in air from the outside.

Finally, airlines have ramped up their cleaning procedures to deep-clean aircraft more often and more thoroughly clean the planes in between flights.

Experts have emphasized the need for the air-travel industry, including carriers, airports and government officials, to adopt more stringent protocols.

During last week’s House committee hearing, Vicki Hertzberg, a biostatistician and professor at Emory University, said that airlines would need to require passengers and flight crew to arrive at least four hours prior to departure and test everyone for COVID-19 to keep everyone safe.

Without doing that, “there is no way to absolutely guarantee that SARS-CoV-2 virus will not be transmitted during flight,” Hertzberg told lawmakers.

American Airlines AAL, -1.98%, among other airlines, has come under scrutiny for its decision not to block the middle seats on flights. Aside from American, other airlines that aren’t capping flight capacity or blocking seats include United UAL, -0.46%, Allegiant ALGT, -0.84%, Spirit SAVE, -0.39% and Sun Country.

In fact, only three U.S.-based airlines — Delta DAL, -1.24%, Hawaiian HA, -1.92% and JetBlue JBLU, -2.11% — have blocked the middle seats completely on their domestic flights, reducing the capacity on their aircraft substantially.