Home
Market
S&P 500 Notches Best Quarter Since 1998
Prev Article Next Article
This post was originally published on this sitehttps://i-invdn-com.akamaized.net/news/LYNXMPED0N09V_M.jpg 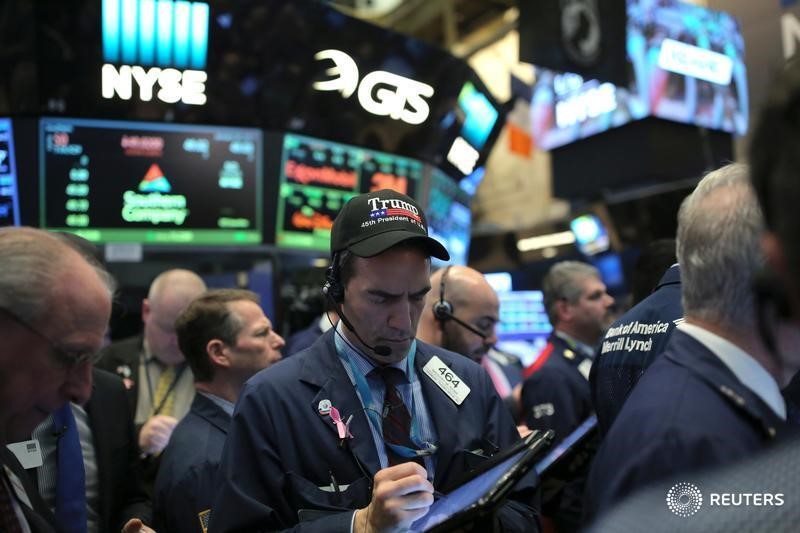 Investing.com – Wall Street surged in the final hours of trading on Tuesday, closing out its best quarter in more than two decades following a soft first quarter.

The positive end to the day for the broader market comes despite further signs that the pace of Covid-19 infections is accelerating, forcing several states including California and Texas to roll back plans to lift restrictions on reopening businesses.

Cases in the U.S rose by at least 43% and deaths increased by 20%, a Reuters analysis on Tuesday showed.

Following the rise in cases, airlines and cruise operators were under pressure, with American Airlines (NASDAQ:AAL) and Carnival (NYSE:CCL) trading lower.

In testimony before the House Financial Services Committee, Federal Reserve Chairman Jerome Powell said a second wave of the coronavirus outbreak could “force government and force people to withdraw again from economic activity … and “undermine public confidence, which is what we need to get back to lots of economic activity.”

Tech, which has recently taken a breather, resumed its climb higher, buoyed by a jump in chip stocks following positive earnings reports from companies in the sector.

Micron Technology (NASDAQ:MU) rose 4.8% after its fiscal third-quarter results and guidance topped consensus estimates, led by growth in cloud demand. “We do believe that cloud demand in the second half of the calendar year will continue to be healthy for us,” said Sanjay Mehrotra, Micron’s chief executive, on a conference call.

Xilinx (NASDAQ:XLNX) jumped 7% after raising its fiscal first-quarter revenue guidance. The company said it now expects revenue of $720 million to $734 million, after previously guiding revenue in a range of $660 million to $720 million.

Energy, however, lagged the move higher in the broader market, paced by a 1% fall in oil prices settled as worries over crude demand persisted.

Elsewhere, Boeing (NYSE:BA) fell 5.8% giving up some of its gains from Monday, after Norwegian Air canceled orders for 97 Boeing 737 Max and 787 jets, and said It would seek compensation for the grounding of the 737.

Tesla (NASDAQ:TSLA), meanwhile, surged to all-time highs, up 7%, ahead of its the second quarter delivering and production numbers expected later this week.

On the economic front, the Conference Board’s consumer confidence gauge rose to 98.1 this month from 85.9 in May, beating economists’ forecast for a reading of 90.8.