Home
Stocks
Boris Johnson hails his economic plan as a new ‘New Deal.’ Try ‘small deal’ instead
Prev Article Next Article
This post was originally published on this site 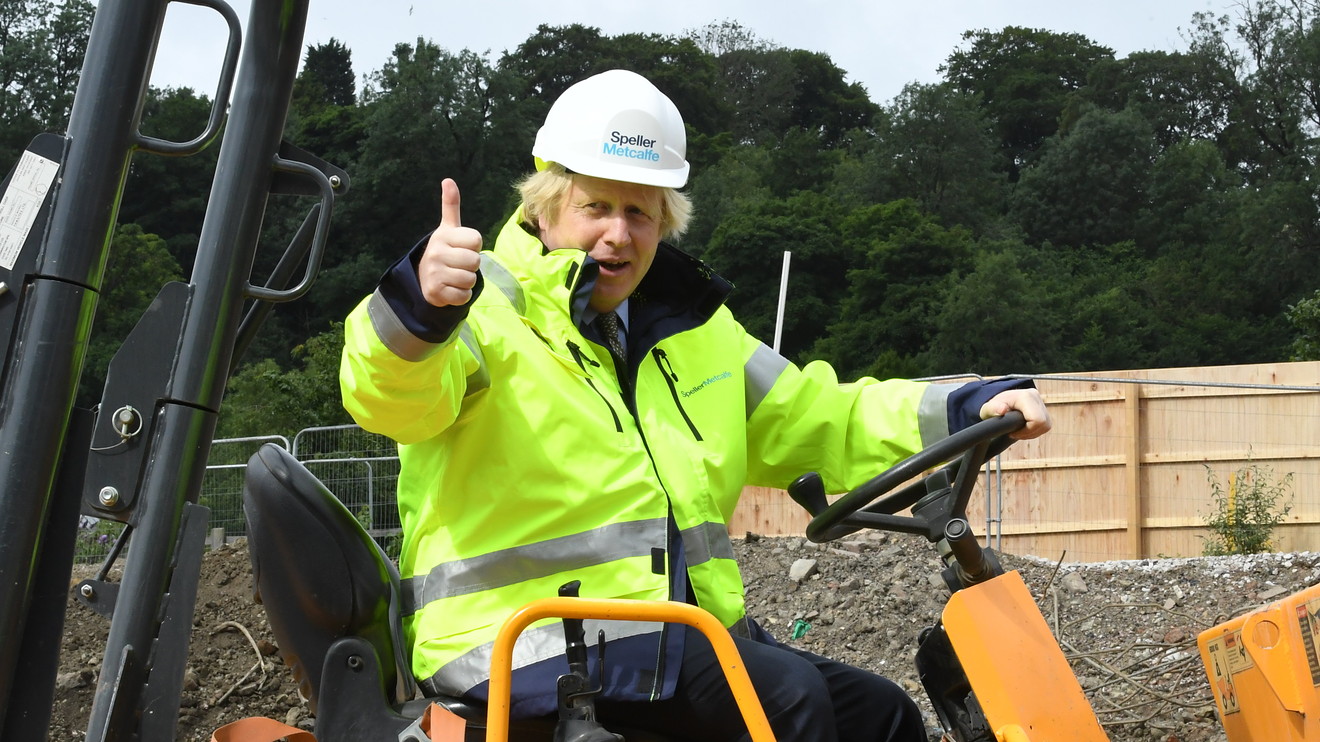 U.K. Prime Minister Boris Johnson, never one lacking on the unabashed enthusiasm front, says his economic plan for the country amounts to a Rooseveltian “New Deal” in the style of President Franklin D. Roosevelt in the 1930s. “Build, build, build,” Johnson instructed Britain as he was presenting on Tuesday the outlines of the government’s strategy to boost the economy after the coronavirus shock.

Looking closely at what he announced, it was, however, clear that the speech was richer in adverbs than in billions. Johnson said he would “bring forward” some £5 billion ($6 billion) of public spending to “accelerate infrastructure projects” throughout the country, notably in the regions that have most suffered from the past 10 years of austere fiscal policies.

In other words, the few billions were already part of the U.K.’s planned budget, and the projects were already in the pipeline. In any case, the “New Deal” announced by Johnson amounts to 0.2% of the country’s gross domestic product — barely an accounting error in the current recession.

Maybe what mattered was the general line more than the actual numbers. One dimension of the U.K. PM’s speech was at least refreshing: He doesn’t seem to care much about the fiscal deficits that will pile up in the coming years and take public debt to levels unseen. The government must “set a path to balance the books,” he conceded, but that is only “in the long term.” For now, Johnson wants it to be known that the priority is in investing both “in the productive potential of the economy,” and improving “the resilience of the U.K.’s public services.”

On this, the U.K. Prime Minister is right, even if that makes him sound more like a Labour Party prime minister than a true Conservative aligned with his party’s tradition: Now isn’t the time to bring public finance back into the black. Money is cheap (or even free: yields on the U.K.’s 10-year bonds are negative in real terms) and financial markets aren’t about to give up on gilts, and the Bank of England minds the bond shop with quantitative easing. The priority should lie firmly in stimulating the economy.

It is easy to see why Johnson couldn’t do much more than what he announced on Tuesday — a few crumbs to spend on a few roads and schools. One reason is common to all other similar European governments: It takes some time to devise a long-term plan to take economies out of the slump while they remain in partial lockdowns, and the massive measures taken in the first phase of the pandemic are still in place. The next stage will require different tools, more focused action, and bolder ambitions, but to be effective, the postcrisis plans will first have to take stock of what has been done since March.

The second reason that constrains Johnson — as well as his Chancellor of the Exchequer, Rishi Sunak, who will detail his budget strategy in a few days’ time — is one he would not be ready to admit: Brexit is looming, which will add to the U.K.’s economic pain even if it strikes a trade deal at last with the EU by the end of the year. The U.K. budget will have to deal with another economic shock next year. Its severity will just depend on the existence and content of the U.K.-EU compromise, if one is ever found. That explains why, however cheerful Johnson might be about the U.K. economy’s prospects, he probably knows that he really can’t afford to spend all the billions he would like right now.