Home
Stocks
In One Chart: When will life get back to normal? Hundreds of experts weigh in on when we can put coronavirus behind us
Prev Article Next Article
This post was originally published on this site

For many, normal still feels a long way away.

But business as usual is going to take a while. How long? Well, the New York Times recently polled more than 500 epidemiologists and infectious disease specialists about when we can expect to resume a range of activities that used to be a part of our everyday lives.

The Visual Capitalist blog on Wednesday used the results of the sweeping survey to create this massive infographic (click here to see a bigger version): 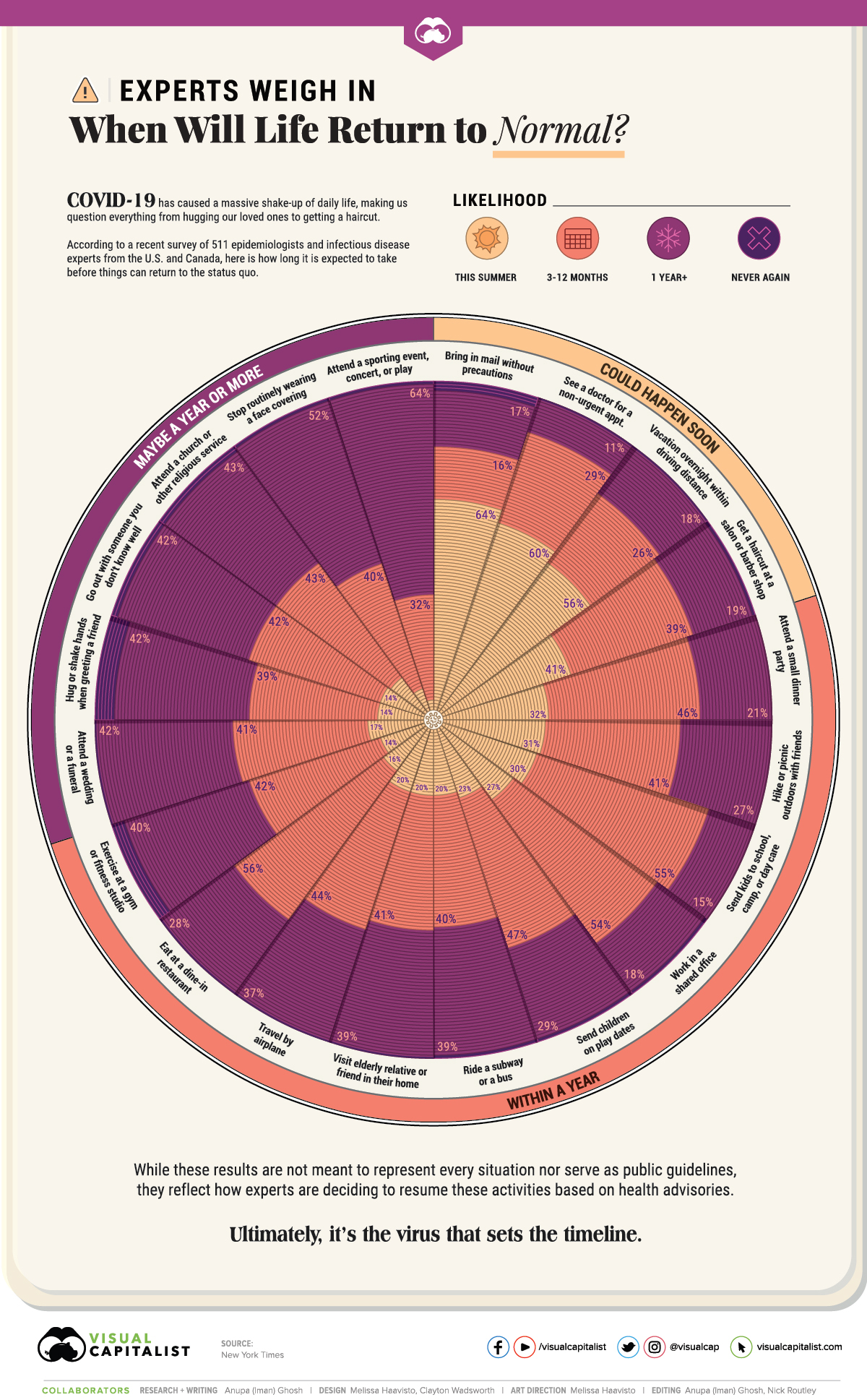 As you can seen, large gatherings are still a long ways off, according to the experts. They mostly agreed that smaller groups and being outdoors is the call at the moment. It’ll take a while, they said, before masks are no longer needed to curb the spread.

“Fresh air, sun, socialization and a healthy activity will be just as important for my mental health as my physical well-being,” Anala Gossai, a scientist at Flatiron Health, told the Times.

See also: We are now 100 days into the pandemic: A by-the-numbers look at COVID-19’s toll on American lives and livelihoods

How about returning to the office?

“As much as I hate working at home, I think that working in a shared indoor space is the most dangerous thing we do,” said Cal Berkeley’s Sally Picciotto, one of the 18% of respondents who said they expected to wait at least a year before returning to the office.

And the greetings we’ve grown accustomed to?

Almost half of those in the survey said they would not hug or shake hands for more than a year, with 6% saying that they’ll actually never do it again. And never doing it again is just fine with Epiphi Consulting’s Carl Phillips, who told the Times NYT, -0.32% that he’s “always hated those particular needless exchanges of pathogens and unwanted touching.”

Here’s a breakout of the activities many believe will take at least a year to come back:

So, when do you think we’ll get back to normal?