Home
Stocks
The owner of the U.K.’s Daily Telegraph set to cut up to 100 staff despite big jump in subscribers
Prev Article Next Article
This post was originally published on this site 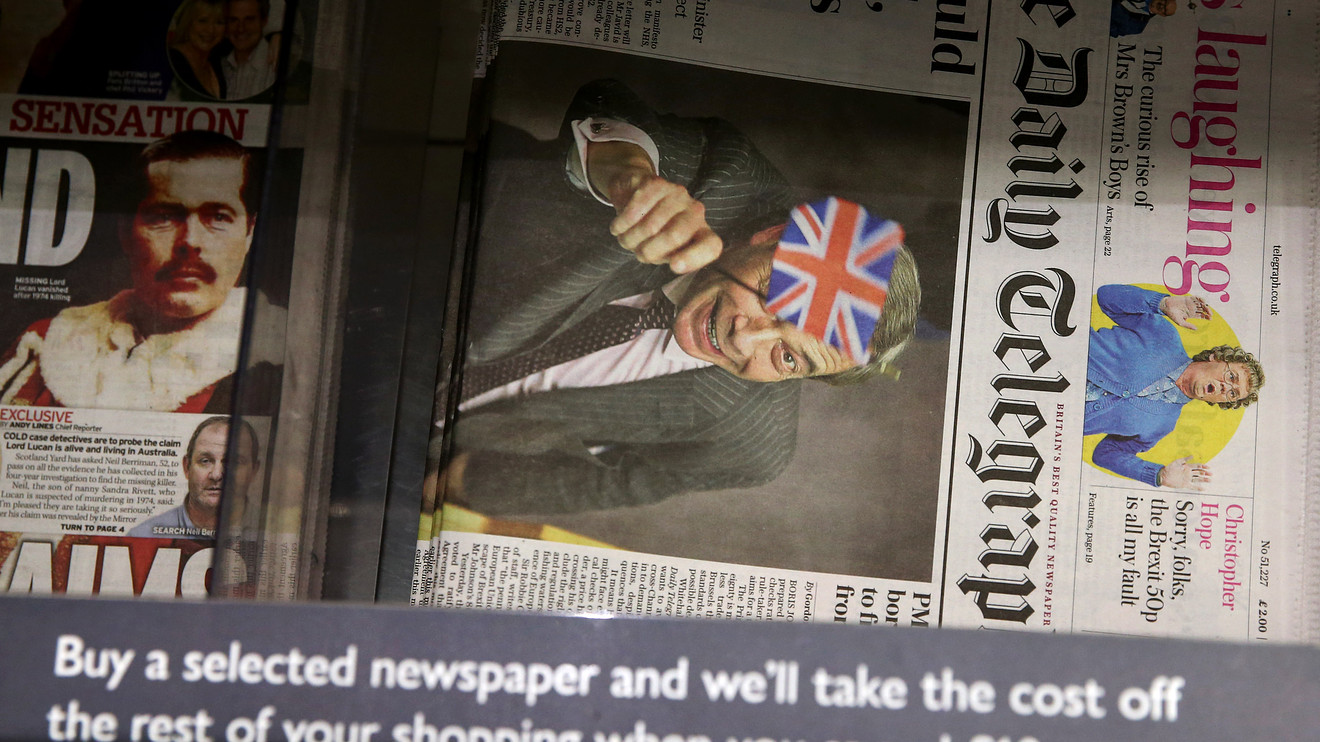 The Telegraph Media Group, owner of some of Britain’s most prestigious newspapers, including the Daily Telegraph, has told up to 100 staff that their jobs might be cut.

The privately owned publisher, based in London, told workers at its Spark creative commercial department that it is moving away from branded content and has started a consultation process that will see the team significantly reduced in numbers.

Nick Hugh, chief executive of the Telegraph Media Group, contacted staff on Wednesday. In an email seen by MarketWatch he wrote: “Over the last couple of weeks, the scale of the economic challenge facing the country has become clear. This will impact demand across the vast majority of businesses and it is imperative that we adapt, at pace, to ensure that we continue to prosper through a recessionary environment.

“Over the last three years, our entire business has been transforming to complement both our journalism and the reader experience, and in line with this commitment, we have made the decision to no longer have branded content on any of our channels. Whilst we had always anticipated making this change in 2021, we have accelerated our plans given the impact that Covid-19 has had on the advertising market, particularly in the area of branded content.”

He explained that the focus will be on long-term partnerships with brands that closely complement Telegraph Media Group journalism and contribute toward its subscriptions-first strategy.

There will no longer be any branded content on its platforms from January 2021, and instead it will focus exclusively on plans for new brand partnerships.

The company is making this move despite new subscribers growing more than 200% in March, reaching 500,000 subscribers.

News providers have been under intense pressure during the crisis as advertisers hold back campaigns waiting for consumers to come out of lockdown and start spending again.

Rival Reach, publisher of U.K. national newspapers the Daily Mirror, Daily Express and Daily Star as well as hundreds of regional titles, announced in April that it would cut staff pay and place almost 1,000 employees on furlough, where they are kept on payroll to receive compensation from the government, it was reported at the time.

In total, the coronavirus could cost 5,000 print journalists in the U.K. their jobs, without government support, a media analyst told the Times newspaper in April.

The Telegraph Media Group, which is owned by Press Holdings was bought by twins David and Frederick Barclay in July 2004 from Canadian-born British businessman Conrad Black’s Hollinger group.

From the MarketWatch archives (May 2019):Media baron Conrad Black, convicted of fraud, receives pardon from Trump

In mid-April the Telegraph Group said it was furloughing 90 noneditorial staff until the end of May, giving the reason as “material reductions” in its advertising revenue due to the coronavirus pandemic.

Trade magazine Press Gazette reported all remaining noneditorial staff were placed on four-day weeks, while salaries were reduced by 20%. But it revealed in June that the publisher had decided to pay all the money from the taxman to furloughed workers as part of the job-retention scheme because of “very strong subscription performance” that helped it remain profitable.