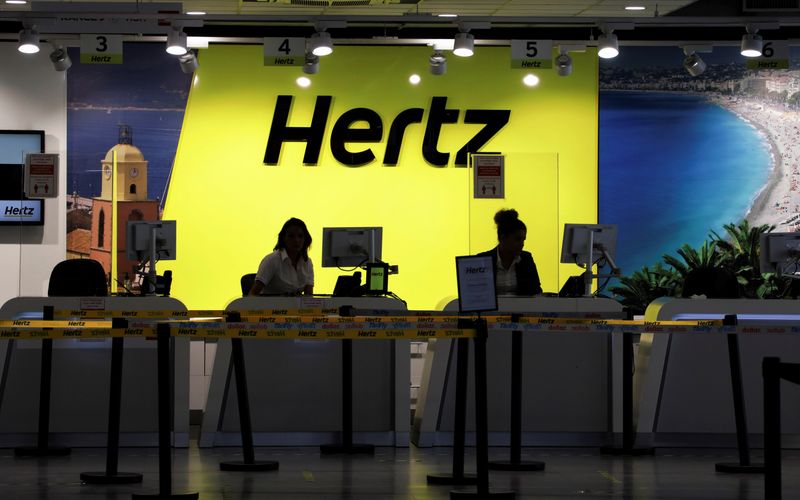 The 22-year-old Los Angeles delivery driver made the trade on Robinhood, an app that allows mom-and-pop investors to buy and sell shares. A marketing graduate who has struggled to find an office job amid the COVID-19 pandemic, Quevedo analyzed Hertz’s share price movements to predict that the stock had hit bottom. After four days, he had doubled his investment.

It is a trade that goes against Wall Street norms and is not for the faint-hearted. Hertz has warned that its bankruptcy process could render its shares worthless. Investors are betting on how high they can push the shares and are risking big losses if they can’t quickly flip them to someone else.

“I’m just waiting for the price to go higher or break even so I don’t lose any capital,” said Quevedo, who has since invested another $450 in Hertz’ stock. He posted a screenshot of his profits in his Robinhood account on social media and recommended the trade to several friends.

Hertz did not immediately respond to a request for comment.

Quevedo is one of tens of thousands of traders who sent Hertz’s shares rallying a few days after it filed for bankruptcy protection on May 22, many of them on the Robinhood app. Other shares of bankrupt companies, such as J. C. Penney Company Inc (PK:JCPNQ) and Whiting Petroleum Corp (N:WLL), have seen similar rallies. Shares in some obscure penny stocks have soared.

Pundits have struggled to explain the frenzy of speculation. Record savings, low interest rates and even lockdown boredom in the wake of the coronavirus outbreak have all been cited as possible explanations for the extraordinary market moves.

Robinhood did not respond to a request for comment on the surge of trading of bankruptcy stocks on its platform.

A Reuters review of social media posts identified a bustling community of amateur traders who are defying warnings from finance experts and are betting they can outsmart Wall Street. Many say they vying for quick profits and hope not to be the ones left holding the bag if the shares they invest in suddenly collapse.

“I see a lot of people missed the boat to get rid of Hertz’s stock. I like that gamble. That’s what I do with my bar money,” said Joseph Madison, an urban planner in Atlanta, Georgia. A cryptocurrency investment veteran in his early 40s, Madison said he scored a return of 174% by investing “a few hundred bucks” in Hertz’s stock over the past few weeks.

Hertz itself has noticed. It launched an effort this week to sell $500 million worth of its stock in the open market, a remarkable move for a company in bankruptcy.

This has still not put off some investors. Hertz’s stock is up 388% from the low it hit after it filed for bankruptcy. It remains among the most popular stocks traded on Robinhood.

A few investors say they will hold onto their Hertz stock, despite the risk of being wiped out. Sherrie Hardy, a 33-year-old airport security worker in Muskegon, Michigan, said she used her and her fiancée’s stimulus checks to invest in Hertz and have no plans to sell.

“I invested not only in a sense of capitalizing, but actually want to be a supporter of Hertz. I’ve always had good business with them and their community efforts. So it’s something that I would like to see to stay around for the years to come,” Hardy said.

“We all know, when we get into the stock market, it is a gamble of some sort.”