Home
Stocks
Key Words: Colin Kaepernick says protesters ‘have the right to fight back’ in the wake of George Floyd’s death
Prev Article Next Article
This post was originally published on this site 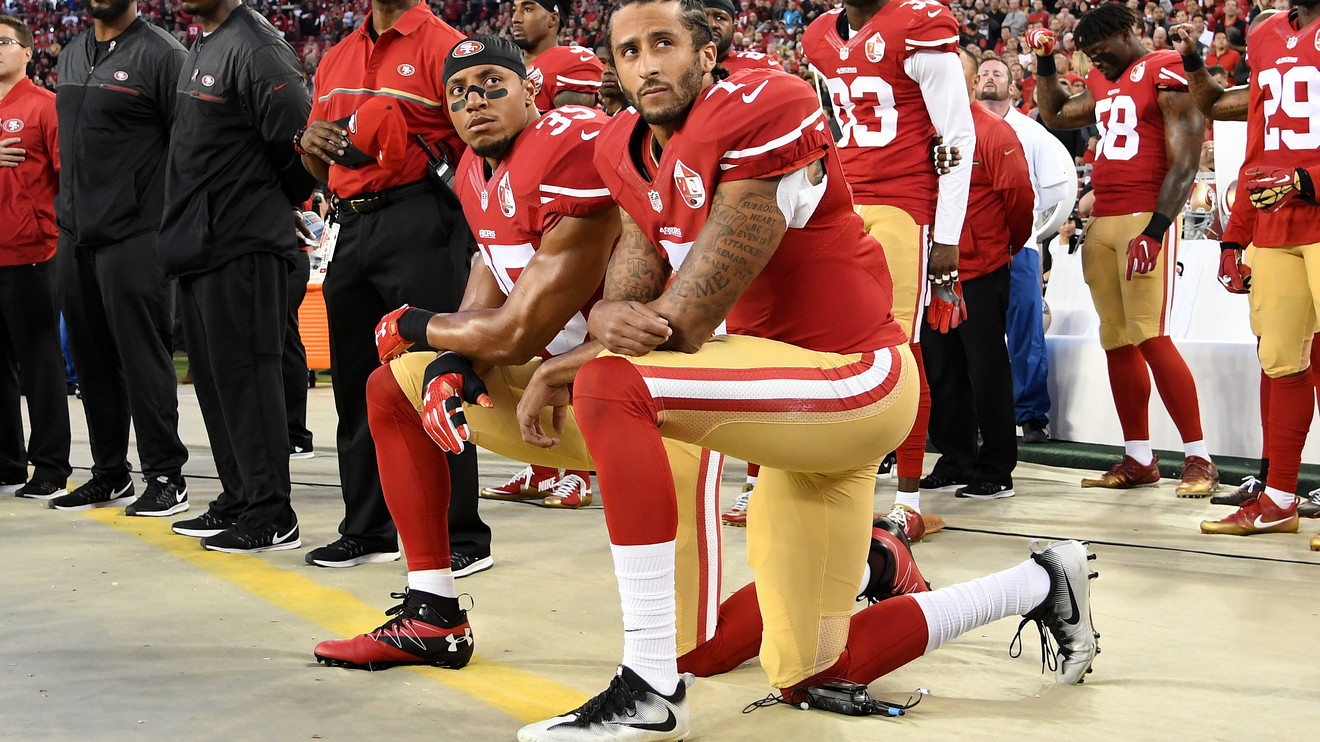 The NFL activist who took a knee against police brutality has this to say about a law enforcement officer kneeling on the neck of a black man who later died:

“ ‘When civility leads to death, revolting is the only logical reaction.’ ”

Images of former 49ers quarterback Colin Kaepernick kneeling during the national anthem in 2017 have been shared by the likes of LeBron James and Jamie Foxx on Twitter TWTR, -3.16%, Facebook FB, -0.12% and Instagram this week in response to the death of George Floyd.

A viral citizen video of Floyd’s Memorial Day arrest shows Minneapolis police office Derek Chauvin kneeling on his neck for several minutes. Floyd is shown losing consciousness on the video after pleading that “I can’t breathe.”

Floyd was pronounced dead later on Monday, and the four officers involved in his arrest and death have been fired. Chauvin wasn’t arrested until Friday. This has led to protests flaring up around the country, killing at least one man in Minneapolis, and burning a police station in the city.

Kaepernick tweeted his support for the protesters on Thursday, writing, “The cries for peace will rain down, and when they do, they will land on deaf ears, because your violence has brought this resistance. We have the right to fight back!”

President Trump called out the protesters on Thursday, however, calling them “thugs” and threatening to send in the military to take control of the city. “When the looting starts, the shooting starts,” he tweeted in a post that Twitter later hid behind a label warning that it violates the social networks rules by glorifying violence. He also slammed Minneapolis mayor Jacob Frey for being “weak” and unable to keep his city under control.

Frey responded that “Donald Trump knows nothing about the strength of Minneapolis.” He also countered that, “Weakness is pointing your finger at somebody else during a time of crisis.”

Kaepernick has remained unsigned to any NFL team since his on-field protests in 2017. He sued the NFL for colluding to keep him and former teammate Eric Reid out of the league, and they reached a surprise settlement for less than $10 million in February 2019, the Wall Street Journal reported.

The NFL tried organizing a workout for Kaepernick last year after none of the 32 NFL teams invited him to try out, but the unprecedented audition fell apart at the last minute when Kaepernick changed the location and refused to sign a liability waiver.

In mid-February, Kaepernick announced that he will be releasing a memoir under his own publishing company with the Amazon-owned AMZN, +0.38% Audible.