Home
Stocks
CityWatch: New York is rescuing its bar life with looser alcohol rules
Prev Article Next Article
This post was originally published on this site 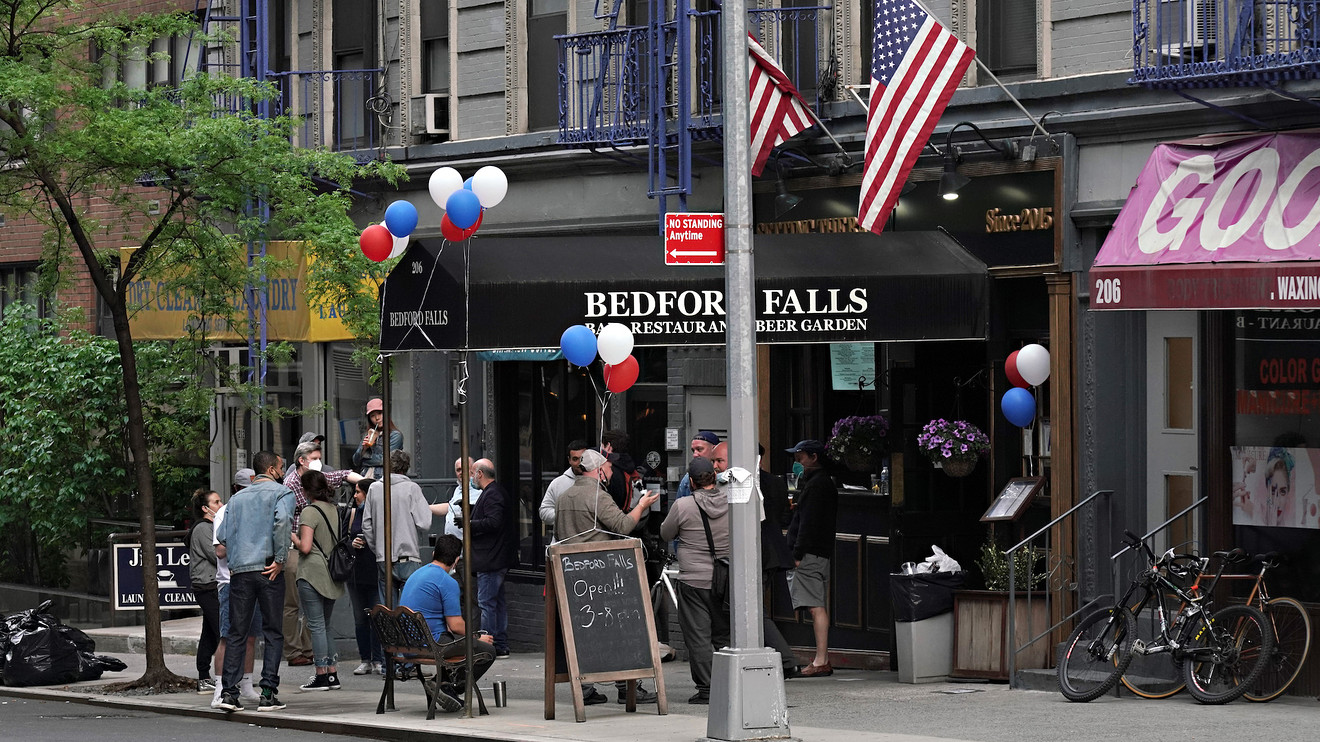 As sidewalk drinking becomes a New York City thing this viral summer, let me save you from the social embarrassment of using such a clunky, nerdy term.

I speak with authority on this matter, having trained in the capital of carryout cocktails, my beloved hometown of New Orleans. At Nick’s Original Big Train Bar on Tulane Avenue, my teenage friends and I were cheerfully served piña coladas, Alabama slammers and tequila sunrises, even when we showed up right after class in our Jesuit High School uniforms. And those supersweet concoctions always came in plastic kiddie cups, designed precisely for easy portability.

Yes, the drinking age was 18 back then — a very loosely enforced 18.

But now that New York’s bars and restaurants have been pushed to the brink of extinction by COVID-19, their best (only?) hope of short-term recovery may lie in a wholesale loosening of the city’s strict prohibition on sidewalk drinking.

The State Liquor Authority has already taken the big, first step, relaxing its ancient prohibition on takeout alcohol. But what exactly comes next? Ah, the devil is in the details again. As hordes of droopy-masked imbibers stand outside and guzzle go-cup beer, wine and stronger stuff, sorting all this out has become a lot more complicated than a friendly bartender inquiring, “So whaddaya want?”

How many people can gather on a crowded sidewalk? What about social distancing? Can you really sip through a mask? What about dancing and karaoke? And what do the neighbors think? New York bars always have neighbors, and they seldom appreciate outdoor bar patrons blocking their doorways, nor emptying their bladders on their stoops.

For the past two weeks, Mayor Bill de Blasio has been trying to get his arms around this slippery issue. No one wants a city without bars and restaurants. But if inside drinking is still too dangerous, can the tipplers really be trusted under the stars?

“I’m not comfortable at all with people congregating outside bars,” de Blasio said on May 17, his first official comment on the issue. “That violates what we’re saying about social distancing. That puts lives in danger.” But action has been slower than the mayor’s words. By Memorial Day, all the city had achieved was a snappy new slogan, “Take Out … Don’t Hang Out,” and a few random warnings from the police. Crowds kept growing larger as the temperatures crept up.

Also see: Phase 1 of New York City’s reopening could send up to 400,000 employees back to work

On Wednesday, NYPD officials promised sidewalk-drinking crackdowns in nine “bar heavy” neighborhoods: the East Village, West Village, Upper East Side, Lower East Side, Hell’s Kitchen, Williamsburg, Long Island City, Astoria and City Island. Other boozy bastions could be added, de Blasio warned, “according to what we see on the ground. We’re not going to tolerate people starting to congregate. It’s as simple as that.”

In New York, of course, it’s never as simple as that.

Frustrated at the mayor’s pokey pace, the City Council jumped into the act on Thursday. Council Speaker Corey Johnson and Brooklyn Council Member Antonio Reynoso introduced a bill designed to expand outdoor dining, plopping tables where drinkers might otherwise be standing around. Specifically, the council members want the city’s transportation department to identify streets, sidewalks, plazas and parking lots that restaurants can expand into—and also have the health department come up with table-separation rules.

“A failed policy and poor design is what leads to the need for enforcement,” Reynoso said, adding he wants to do something more than have the cops break up drinking mobs.

There is sure to be debate on all of this except for two, indisputable points: The bar and restaurant owners are truly desperate, and New York would be really boring without them.

Thankfully, after all I’ve learned from decades of go-cup service, I am in a unique position to offer some sound sidewalk advice.

A city isn’t a city without a vibrant eating-and-drinking scene.

Also see: Your trip to the hair salon and barbershop won’t be the same after the lockdown

Anything stupid you can do in a bar, you can also do on a sidewalk, including passing a deadly virus or going home with someone you absolutely should not.

And, finally, if you don’t want someone calling the cops on the bar you love to linger in front of — please, stay off the neighbor’s stoop.

Ellis Henican is an author based in New York City and a former newspaper columnist.