Home
Market
Trump leapfrogs back ahead of Obama in stock market gains
Prev Article Next Article
This post was originally published on this sitehttps://i-invdn-com.akamaized.net/trkd-images/LYNXMPEG4R0Z2_L.jpg 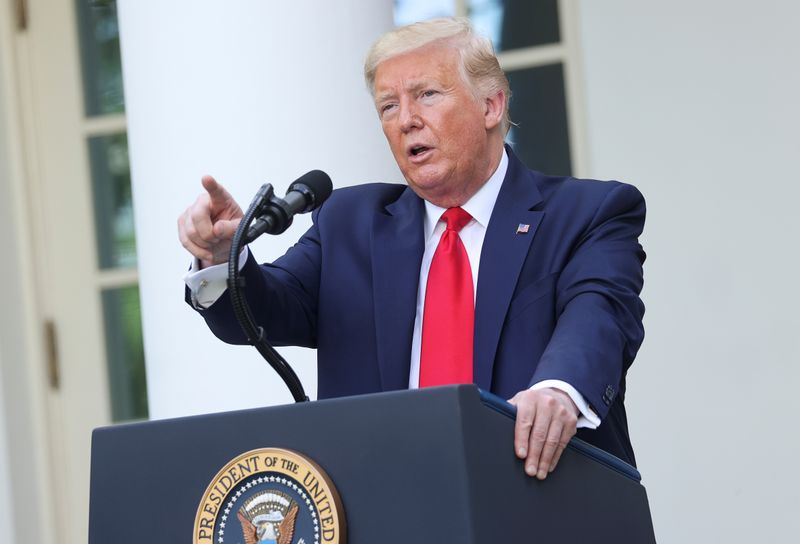 While the S&P 500 has surged 36% from its March lows and the Nasdaq Composite is just 4% short of record highs, investors remain wary of a deep and extended economic slump resulting from the coronavirus pandemic.

For over three years, Trump repeatedly highlighted on Twitter and to reporters the stock market’s stunning run-up, citing it as evidence of his success in the White House and making it part of his case for re-election this November.

But the stock market slump caused by fears related to the coronavirus and its crippling economic impact erased almost all of those gains in March, ending an 11-year bull market. At its recent bottom on March 23, the S&P 500 was up less than 5% since Trump’s election.

With job losses at their worst since the Great Depression of the 1930s, Trump on Twitter this week highlighted the market’s most recent gains, linking them to his push to reopen the economy. Earlier this month in another tweet, he blamed stock market declines on short sellers manipulating the market.

As measured from his inauguration in January 2017, Trump’s stock market performance continues to trail Obama’s, with the S&P 500 up 34% under Trump and 64% under Obama.