Home
Stocks
Rex Nutting: Reopening all businesses would be an economic disaster if workers aren’t safe
Prev Article Next Article
This post was originally published on this site 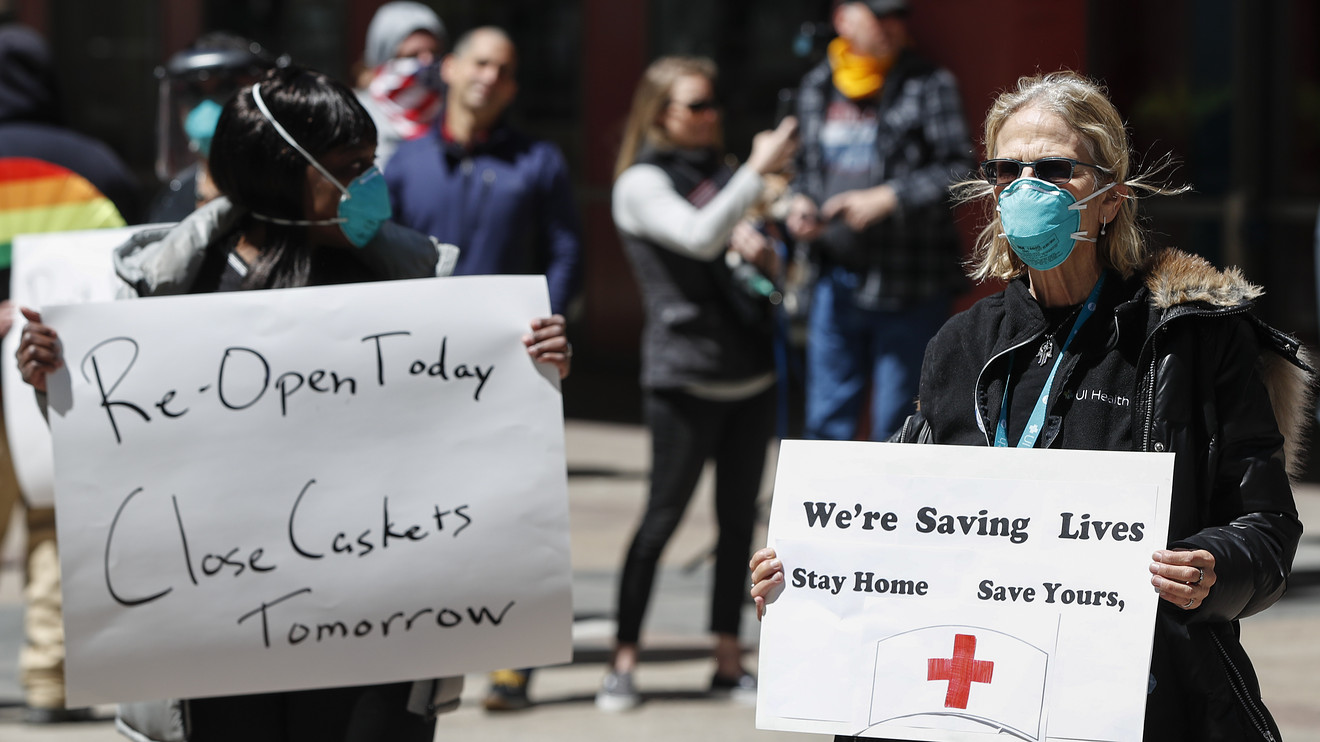 America says it loves the working class, but it sure doesn’t act like it.

The coronavirus pandemic has devastated working people coming and going. Nearly 39 million workers have lost their jobs in the effort to slow COVID-19, and many of those who kept working in “essential” jobs — think prison guards, meatpackers, health-care workers and more — have been sickened by the deadly virus.

We’ve been locked down for two months, but too little has been done to make sure that when businesses did reopen, it would be safe for the workers to come back.

Businesses have put a lot of effort into making consumers feel safe, which totally makes sense from a business point of view. Customers are scarce, but workers are not.

But if workers can’t be safe too, then the coronavirus would begin to spread rapidly again, leading to a second peak deadlier and more widespread than the first. The economy would contract again, as consumers and workers stay home.

“A full recovery in the economy is going to hinge on how well society gets the pandemic under control,” said Boston Federal Reserve President Eric Rosengren. “If consumers are afraid to eat out, shop, travel, a relaxation of laws may do little to bring back customers and thus jobs.”

We’ve been presented with a false choice: Either endure many more months of lockdowns and comatose economic activity, or reopen everything and pretend the virus will magically go away

There is no ideal path forward, but there is a third way that cherishes both lives and the economy. Of course, every business that can reopen safely should do so, but at the same time we must maintain our efforts to limit infections until scientists invent vaccines and effective therapies.

It’s going to be a long slog, and this is no time to let down our guard.

We don’t have enough testing, we don’t do enough contact tracing, and we don’t effectively isolate those who are infectious.

Worst of all, we’ve got a large number of people actively resisting doing anything that might keep others safe, such as keeping their distance or wearing a mask. The most dangerous people in America are those who encourage us to believe it’s a virtue to ignore common sense and medical advice. The red pill won’t protect us, and neither will hydroxychloroquine.

Instead of giving businesses advance guidance on how to operate safely, the federal government told them to wing it. The clear message from the White House and Treasury secretary is that the health of the American people should take a back seat to economic growth. Detailed guidelines from the Centers for Disease Control and Prevention were censored by the White House, and finally released without fanfare on Tuesday, after many businesses had already reopened.

The Trump administration has refused to adopt any rules to ensure that workers are not exposed to infectious diseases. There’s been little attempt to make sure that each industry is developing and following best practices for workers’ safety.

It’s not completely hopeless. Many small businesses are doing the right thing because the owners are also the workers. Industries that are heavily unionized — the Las Vegas casinos and the Detroit auto makers for example — seem to have listened to their workers’ concerns.

But most workers have no voice in the matter. If their employer calls them back from a furlough, they must go or they’ll lose their unemployment check AND their job and their health insurance (if they should be so lucky).

If workers believe that working conditions are too risky, they have few options but to quit. The federal agency that’s supposed to protect workers on the job, the Occupational Safety and Health Administration, has announced that it will not get involved. The AFL-CIO filed suit on Monday against OSHA, demanding that it protect workers.

Endangered workers could sue their employer for operating a death trap, but such lawsuits rarely succeed. Good luck proving that you got the coronavirus at work, and not somewhere else.

As usual, Mitch has it completely backward. He thinks “Americans on the front lines of this fight must receive strong protections from [wait for it] frivolous lawsuits.”

Silly me, I thought Americans on the front lines needed protections from the coronavirus. But you and I know the real scourge that must be eliminated is the hard-won regulations that protect workers and the public.

We already know what the risks are of working in an unsafe environment. In workplaces that have remained open during this early period of the pandemic, thousands of workers have been infected and many have died. Meatpacking plants, nursing homes, prisons, public transportation and hospitals have been particularly dangerous places to work.

The danger will now spread to reopened factories, offices, stores, schools, churches and other places of business around the country, unless they are first required to show that they’ve done all that’s reasonable to ensure that their workplace is safe.

People are desperate for income, and many will take the paycheck even if it comes with higher risk of becoming infected and spreading a terrible disease to their loved ones.

No one should have to make that choice when we can do better.

The people on the front lines get it — that’s why there have been many protests at work places around the country demanding that safety come before profits. You probably haven’t seen in on the news, because these protesters aren’t heavily armed and don’t have deep-pocket sponsors to spread the word on social media.

I get it — it can be expensive to make social distancing possible in a kitchen or a factory floor. But other accommodations could be made.

Everybody wants the economy to reopen as soon as possible. Yes, everybody.

The only argument is about how it should be done: either carefully, to minimize the spread of this deadly disease, or haphazardly, as if we learned nothing from the deaths of 92,000 Americans (and counting) and the loss of 39 million jobs.