Home
Market
Yukos shareholders seize Russian vodka assets in the Netherlands
Prev Article Next Article
This post was originally published on this sitehttps://i-invdn-com.akamaized.net/news/LYNXNPEAAP0BV_M.jpg 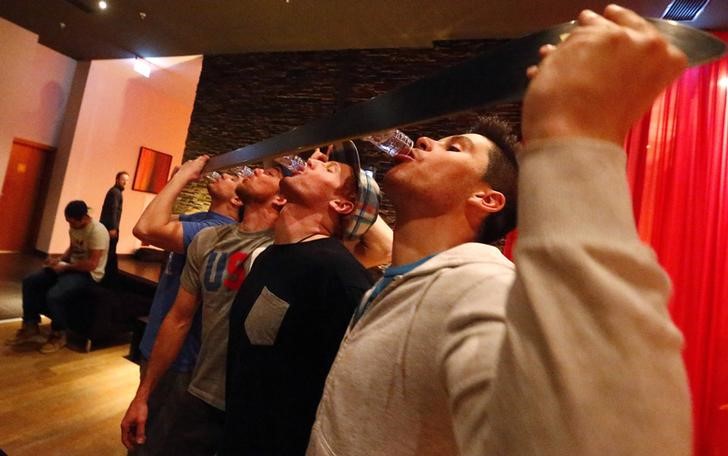 AMSTERDAM (Reuters) – Shareholders in the now defunct Russian oil giant Yukos have seized Netherlands-based assets of two well-known vodka brands controlled by the Russian state in their most recent legal move to obtain $57 billion in damages from Moscow, they said on Monday.

The seizure of the Stolichnaya and Moskovskaya vodka trademark rights via a Dutch court took place on May 7, a spokesman for shareholders said on Monday, adding that the Russian state was informed of the move last week.

However, an official in Moscow said neither the Foreign Ministry or the Russian Embassy in the Netherlands had been informed.

“There was no official notification of this decision,” Andrey Kondakov, head of the International Legal Defense Center which represents Moscow’s interests in the case, was quoted by state-controlled Russian news agency TASS as saying on Monday.

A Dutch appeals court on Feb. 18 overturned the annulment of a $50 billion award to Yukos shareholders, a surprise ruling 13 years after the assets came under control of the Kremlin.

The sum due has increased to $57 billion because of additional penalty fees, the spokesman said.

Yukos Oil went bankrupt in 2006 after oil tycoon Mikhail Khodorkovsky fell out with Russian leader Vladimir Putin and the government began demanding billions of dollars in alleged back taxes that ultimately resulted in its being expropriated by the state.

Most of Yukos’ assets were absorbed by the Kremlin’s flagship oil producer Rosneft (MM:ROSN), and its former owners have for years been trying to recover their possessions.

Legal proceedings seeking damages have been brought in the Netherlands by the subsidiaries of GML, formerly known as Group Menatep Ltd., which held around 70% of shares in Yukos.

In a separate case, The Dutch Supreme Court in January upheld a lower court finding that stripped the rights to the Stolichnaya and Moskovskaya vodka brand in Belgium, the Netherlands, and Luxembourg (Benelux) from SPI Group’s Spirits International and awarded them to Russian state-owned Sojuzplodoimport.

Those assets have now been seized in the Netherlands, the spokesman said on Monday.

The case dates back to a July 2014 ruling by the Hague-based Permanent Court of Arbitration which ordered Moscow to pay damages to Yukos shareholders, saying the Kermlin had manipulated the legal system to bankrupt the company and take Khodorkovsky’s assets.