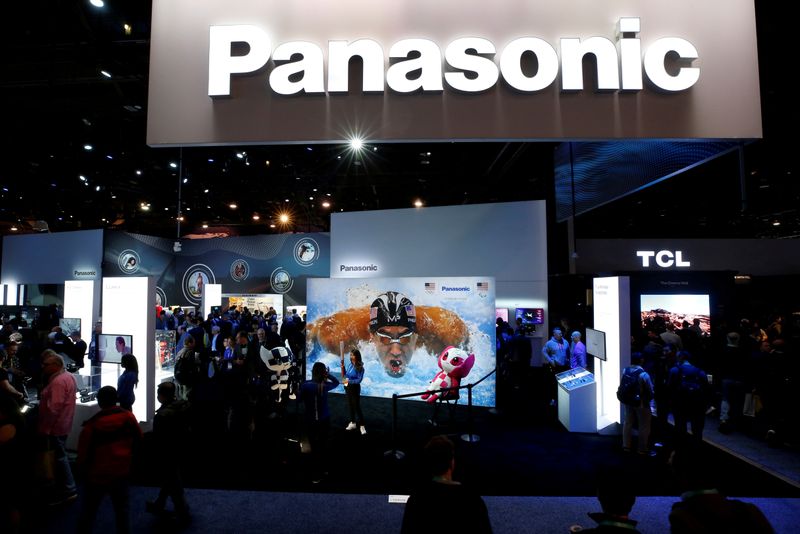 Panasonic did not issue an earnings forecast for the current year due to uncertainty from the virus, joining a number of Japanese electronics companies, including Sony Corp (T:6758) and Canon Inc (T:7751), in refraining from providing outlooks.

Operating profit for the year ended in March came in at 293.75 billion yen ($2.74 billion), in line with an average estimate of 295.3 billion yen profit drawn from 17 analysts polled by Refinitiv.

Analysts have forecast an average 225.46 billion yen profit for the current financial year.

The outbreak has hit Panasonic at a time when the Japanese company is struggling to find new ways to grow as its strategic shift to components from consumer electronics has failed to drive profit growth.

The automotive business sank deeper into a loss, but its venture with Tesla in Nevada logged a quarterly profit in January-March, the company said, without giving numbers.

The company is cautious about expanding the partnership with Tesla, as its $1.6 billion bet on the Nevada factory has long failed to produce solid returns following several years of production troubles and delays at the U.S. partner.

It has also lost its status as Tesla’s exclusive battery supplier as it chose not to build a new battery plant for Tesla in China. The U.S. car maker has entered into a partnership with South Korea’s LG Chem Ltd (KS:051910) and China’s CATL (SZ:300750).

In yet another sign of strained partnership, Reuters reported that Tesla plans to introduce a new low-cost, long-life battery in its Model 3 sedan in China that it has developed with CATL.

Tesla last month posted its third quarterly profit in a row, beating analysts’ forecasts for a loss. Strong demand for its Model 3 vehicle and the sale of regulatory credits helped fuel the gain.