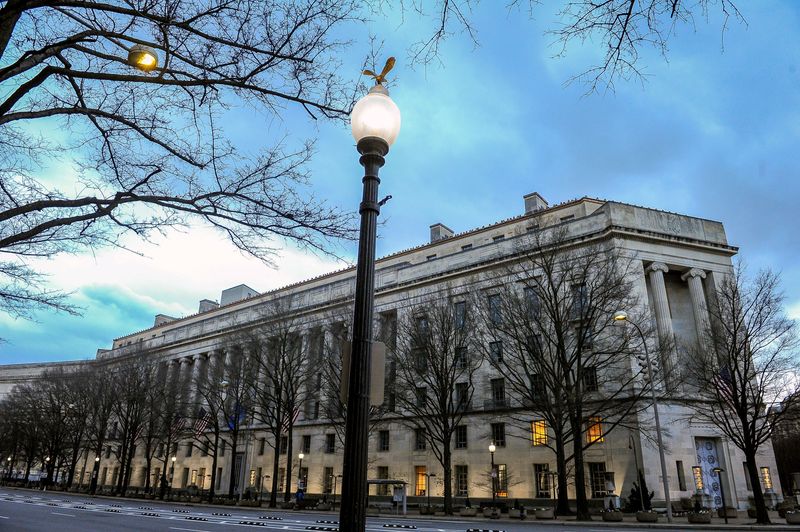 WASHINGTON (Reuters) – The U.S. Justice Department has sent grand jury subpoenas to big banks seeking records as part of a broader investigation into potential abuse of a $660 billion emergency loan program to help small businesses hurt by the novel coronavirus, two people with knowledge of the matter told Reuters.

The previously unreported subpoenas issued by the department’s Washington fraud division do not necessarily indicate wrongdoing on the part of the banks, but will compound growing worries among lenders that they risk being swept up in a federal crackdown on Paycheck Protection Program fraud.

The program allows small businesses hurt by the pandemic to apply with lenders for a government-backed loan which can be forgiven provided at least 75% is spent on payroll costs.

Policymakers worry that the huge pot of cash has been a magnet for fraudsters, and U.S. Treasury Secretary Steven Mnuchin has warned that companies found to have lied to secure loans could face prosecution. The Justice Department opened a probe into the program last month and has already brought criminal charges against borrowers it alleges lied about the state of their businesses and numbers of employees.

Due to their critical role in processing the loans, banks have reams of information that could point to other fraud.

Grand jury subpoenas allow prosecutors to get their hands on a range of private financial and personal records and to hear witness testimony as part of a criminal investigation.

Recipients are not necessarily the subject of a probe and can be a cooperating witness.

“Right now, we don’t think banks are 100% the target,” said one of the sources, but added: “There are concerns that there will be a boomerang effect six months down the road on banks that they didn’t do enough.”

A third person with direct knowledge of industry interactions with the Justice Department said the agency wanted to scan banks’ records for possible wrongdoing by borrowers.

The first two sources said major banks had received the subpoenas, but did not provide names. Industry data shows JPMorgan Chase & Co (N:JPM), Citigroup Inc (N:C), Bank of America Corp (N:BAC) and Wells Fargo & Co (N:WFC) were among the biggest banks to participate in the program.

Wells Fargo said in a regulatory filing this month that it had received “formal and informal inquiries” from federal agencies regarding PPP loans, but did not elaborate.

As the government raced to launch PPP in April, bank trade groups raised concerns with the Treasury and the Small Business Administration, which jointly administer the program, that the rush to get the funds to businesses in just days would expose them to too much legal risk.

The agencies subsequently agreed that lenders could rely on borrower certifications and specified documents to determine their eligibility and use of the loans. Banks would be “held harmless” if borrowers broke the rules or lied.

However, that pledge would not preclude the Justice Department from pursuing banks if the agency found evidence or identified patterns that suggested loan officers facilitated fraud, or wilfully ignored it, legal experts said.

In addition, the program still requires banks to conduct anti-money laundering checks which could have tripped some lenders up, said lawyers.

The third source said Wall Street banks are also worried that a Democratic administration would rip up their agreement with the current administration and launch a crackdown on lenders if they win the presidential election on Nov. 3.

Joe Biden, the former Democratic vice president expected to challenge Trump for the presidency, has said a comprehensive review of coronavirus stimulus relief will be a top priority.

Lenders are already in the crosshairs of Democrats in Congress, who have also asked for data on the loans, as have attorney generals in New York and Massachusetts.