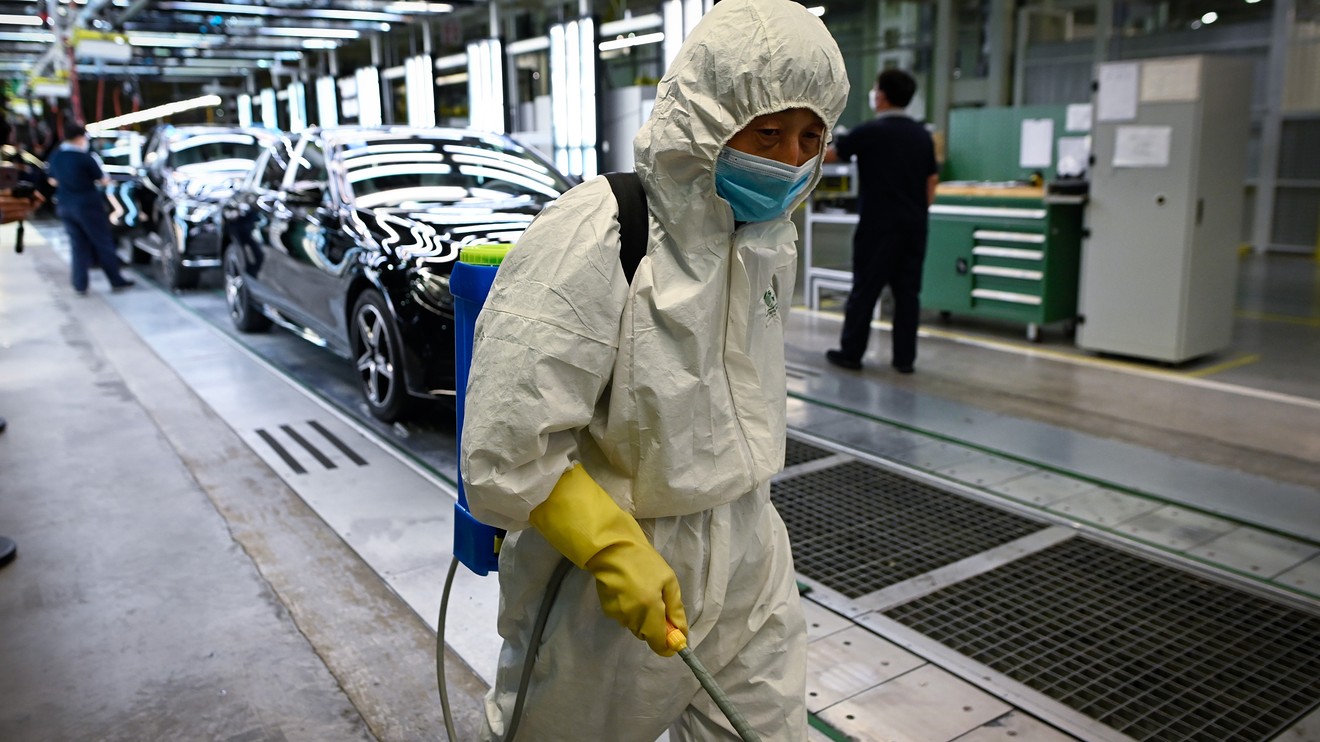 European stocks and U.S. futures climbed early on Friday as signs of a recovery in China helped boost sentiment after a strong finish on Wall Street.

U.S. stocks staged a dramatic late recovery on Thursday, helped by financial stocks, on signs of recovering in demand as some states emerged from lockdown. The Dow Jones Industrial DJIA, +1.62% closed 377 points, or 1.6% higher, after an 800-point turnaround. The rally came despite data showing 2.9 million Americans lost jobs last week, taking the total above 36 million during the coronavirus crisis.

Stronger signs of a recovery in China kept the positive sentiment going as industrial output rose 3.9% in April, beating economists’ forecasts of a 1% rise, the first monthly rise this year. However, retail sales fell 7.5%, worse than a consensus 7% drop but an improvement on the 15.8% slump in March. The factory boost offset fears over renewed U.S.-China tensions after President Donald Trump threaten to “cut off” the relationship with Beijing.

CMC Markets analyst Michael Hewson said that despite the improved data, China’s recovery progress should act as a “warning.”

He said: “While we saw some nuggets of an improvement in the latest China data, the fact that retail sales numbers were still sharply negative for the third month in a row, should act as a warning to those hoping for a swift rebound in economic activity as lockdown measures here are loosened, that any recovery is likely to be slow and hard won.”

German gross domestic product shrank by 2.2% in the first quarter, the Federal Statistical Office said on Friday — its sharpest contraction since the financial crisis but in line with expectations. As the German economy went into lockdown in mid-March, the second quarter is expected to be worse.

BT BT.A, +6.26% shares soared 9.7% on reports the telecom giant is in talks to sell a £20 billion stake in Openreach — its division that runs the U.K.’s broadband network. The company’s shares tumbled last week after it suspended dividends until 2022 to free up cash for the 5G rollout and fiber broadband expansion.