Home
Market
Delta to have 7,000 more pilots than needed in the fall: memo
Prev Article Next Article
This post was originally published on this sitehttps://i-invdn-com.akamaized.net/trkd-images/LYNXMPEG4D1BE_L.jpg 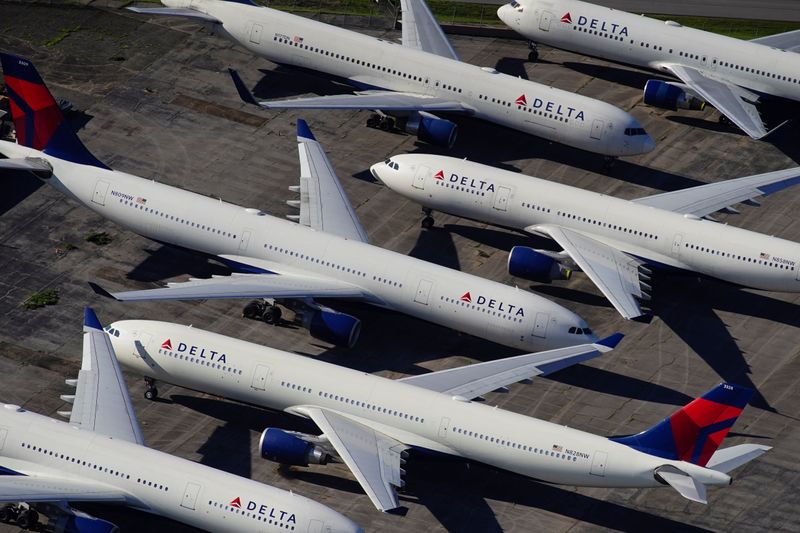 (Reuters) – Delta Air Lines (N:DAL), with more than 14,000 pilots on its roster, expects to have 7,000 more than it needs in the fall as the coronavirus pandemic weighs on its operations, according to a memo to flight operations employees seen by Reuters.

The memo follows Delta’s announcement earlier on Thursday that it would no longer fly Boeing Co ‘s (N:BA) wide-body 777 aircraft and some of the other older, high-maintenance jets, as the U.S. carrier looks to cut costs amid a steep fall in bookings.

“I recognize that is an alarming number so it’s important to know that our intent is to align staffing for what we need over the long term,” John Laughter, S.V.P. of flight operations, said in the May 14 memo, first reported by Reuters.

Laughter said that by the third quarter of 2021, the airline would have between 2,500 and 3,500 pilots more than needed to fly its schedule, even accounting for pilots who will reach mandatory retirement age between now and next summer.

Delta’s move to retire 18 Boeing 777 jets, along with its MD-90 planes, by the end of the year would result in second-quarter non-cash impairment charges of $1.4 billion to $1.7 billion, before tax, the airline said.

It also decided to close its pilot base at Cincinnati/Northern Kentucky International Airport, saying it is difficult to drive operational efficiency there in this environment, according to the memo.

When international demand returns, Delta plans to use Airbus SE’s (PA:AIR) more fuel-efficient and cost-effective A330 and A350-900 wide-body planes for long-haul flying, it said.