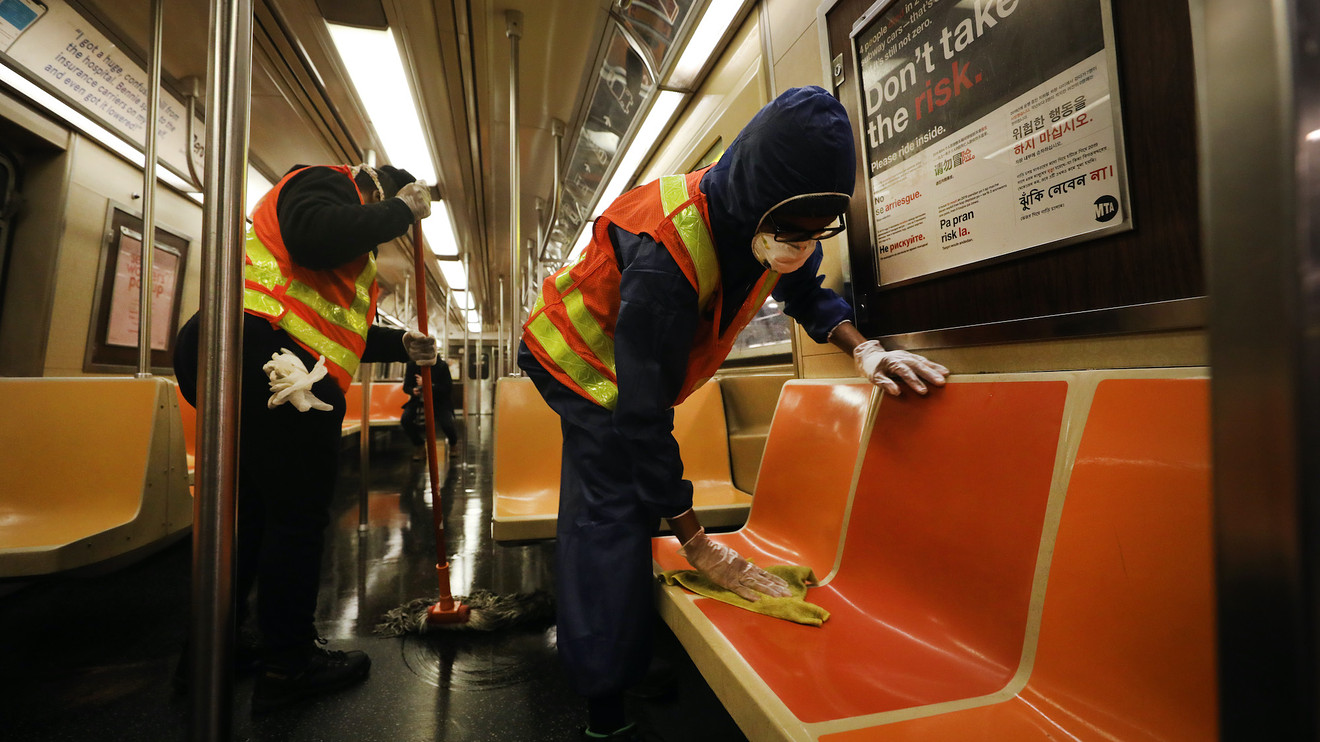 As the coronavirus pandemic stretches into May and New York City remains under quarantine, transportation workers on the front lines have allowed other essential personnel to get where they need to be⁠ — and paid a terrible price.

According to the Metropolitan Transportation Authority, 116 of its workers died of coronavirus or coronavirus-related causes as of May 11. Of that number, 113 worked for New York City transit subways and buses.

The closed-space nature of subways, trains and buses are a concern for the potential spread of COVID-19, both for workers and passengers. The number of riders in the system is down more than 90%, according to MTA Chairman Patrick J. Foye.

Regan Weal, 45, has been an MTA employee for nearly 14 years, and for the past five, a bus operator for the M20 route, which goes from Lincoln Center to South Ferry in Manhattan. She works from 6 a.m. to 2 p.m. five days a week. She also knows four MTA workers who have died from coronavirus.

“It’s very saddening. It’s scary. Kind of keeps you on your toes, really, because you never know,” she said. “You can be as clean as you want to be….but there’s still a chance, no matter what.”

Weal said that the most people she has on her bus right now is around 15, and they comply when she asks them to put on their face masks. She has also noticed more people who are homeless on the M20. The homeless crisis in New York City has overlapped with the transportation crisis during coronavirus, as many people who are homeless want to avoid crowded shelters, and are being kicked off the subway during the early morning hours.

Weal receives Personal Protective Equipment, or PPE, like masks and gloves from the MTA, but she says drivers like herself did not get the supplies they needed when the pandemic first hit, and only have them because the union fought for them.

“It was very disappointing to a lot of us in the beginning, because it just felt like they didn’t care about us,” she said. “They just sent us out there and that was it. Do the best you can. And as a result of that, a lot of people have passed and caught the virus.”

The MTA distributed 75,000 masks to frontline workers on March 27, and have distributed at least 1.4 million masks overall, according to a spokesperson for the agency. Initially, however, the agency did not give masks and gloves to workers, according to reports, and told them not to wear masks from home, saying that it was following guidance at the time from the Centers for Disease Control and Prevention, The City, a news outlet that covers New York City, reported. The MTA did not immediately respond to a request for comment regarding the report.

The MTA eventually allowed workers to wear masks, and in mid-April, the agency sent out a statement that all MTA customers were required to wear masks when traveling, around the same time that Gov. Andrew Cuomo ordered people to wear face masks in public whenever social distancing was not possible.

“It shouldn’t have taken people dying to say, ‘All right, we’re here, we’re going to give you this,’” Weal said.

For the first time in its 115-year history, the New York City subway system began planned overnight shutdowns last week. The system is now closed from 1 a.m. to 5 a.m. The MTA began disinfecting the subway during the overnight closure, according to an agency spokesperson. Since the pandemic hit, the agency has disinfected stations twice daily, and cleaned the full fleet within a 72-hour period.

“In that period of time between COVID-19 entering into the New York City subway system and the fight for consistent uniform distribution of masks and uniform disinfection of the system, the virus took root,” said John Samuelsen is the international president of the Transport Workers Union, which counts MTA workers as members. “And as a result, we have suffered massive fatalities.”

Although ridership is only a fraction of what it was before the coronavirus hit, Samuelsen has also noticed a “full moon” mentality of riders on the subway right now.

In April an MTA worker was hospitalized after an alleged random assault, and last week a man allegedly broke into a conductor’s cab on the subway and sexually assaulted her, the New York Post reported.

“The amount of bizarre things happening is crazy,” he said. “Relative to the amount of riders in the subway, the amount of assault against TWU members is proportionally way higher.”

Aside from health impacts, the MTA has also taken a huge financial hit because of coronavirus.

With coronavirus, the number of collected fares has been decimated. A report by consulting firm McKinsey & Company has projected a gross loss to the MTA of between $3.9 billion and $4.9 billion in revenue from fares in 2020. The agency could lose an additional $1.6 billion to $1.8 billion in state and local taxes this year.

After already receiving money from the CARES Act, which provided emergency assistance to people and companies during the pandemic, the MTA has requested an additional $3.9 billion in federal aid.

“If the federal money doesn’t come through, the first thing that would happen is that riders would face dramatic fare hikes and service cuts,” said Danny Pearlstein, policy and communications director for the Riders Alliance, a transportation advocacy group. “But the problem is they would set in place a death spiral by which we can no longer rely on the transit system.”

It’s unclear what changes to public transportation that have already taken place will become permanent. Samuelsen thinks bus operators cordoned off from passengers and the decontamination of trains (without a four-hour shutdown) should be staples moving forward.

The MTA announced in April that it will pay $500,000 to the families or beneficiaries of MTA workers who have died as a result of COVID-19.

Samuelson said the union embraces that MTA workers are helping get blue collar New Yorkers to the front lines to fight against COVID-19.

“But we sure as hell don’t want to kill ourselves doing it,” he added.