Home
Stocks
Business in the Age of COVID-19: Cisco sees spike in videoconferencing, but how will IT spending fare?
Prev Article Next Article
This post was originally published on this site 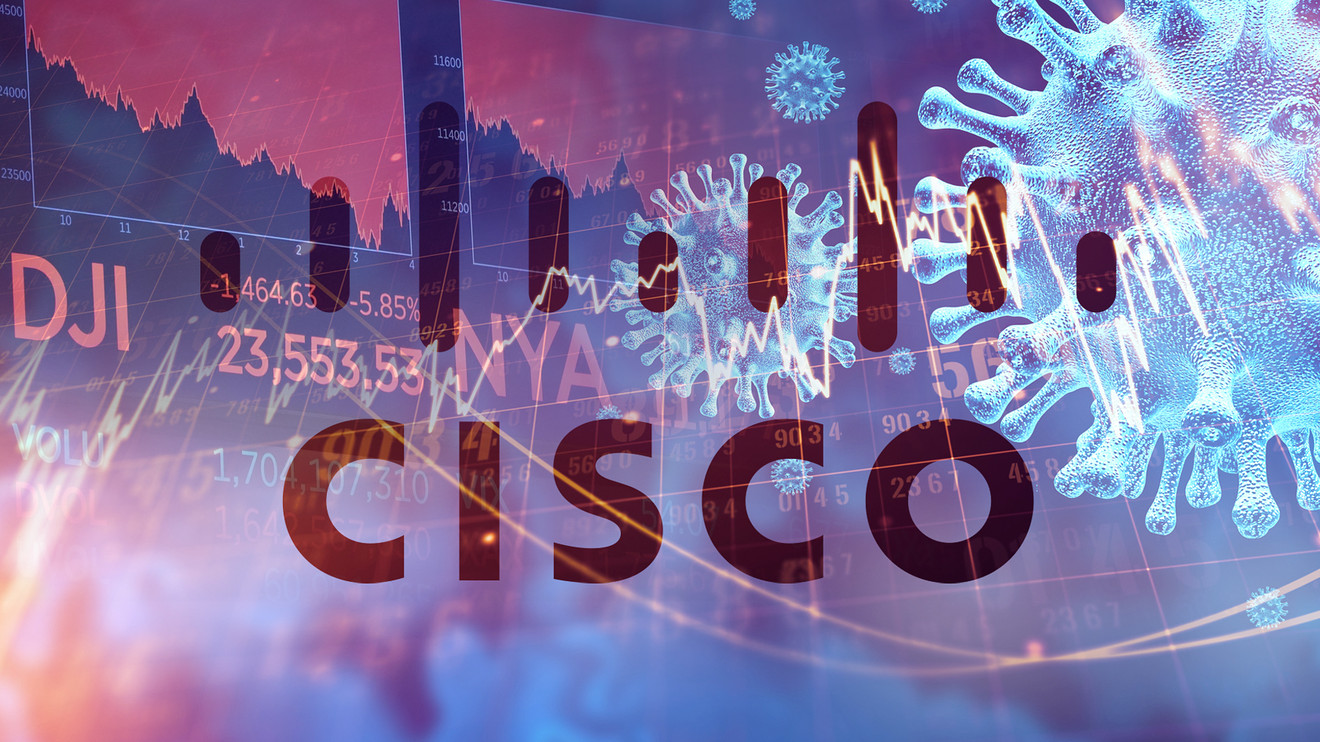 This article is part of a series tracking the effects of the COVID-19 pandemic on major businesses, and will be updated. It was originally published on May 12.

Cisco Systems Inc. finds itself in a Catch-22 during the age of COVID-19.

The paradoxical situation is this: While Cisco CSCO, -0.23% has undeniably seen an upsurge in use of its WebEx online-meetings application and security products, it is vulnerable to the vagaries of IT managers who are looking for ways to trim spending in the midst of an economic tailspin. Cisco has already hinted that the larger businesses that are its customers could be looking to avoid the bills that come with big networking upgrades.

“In our view, [Cisco’s recent $2.5 billion in customer financing for COVID-19] highlights Cisco’s commitment to its customers and partners, but may also suggest that many customers in Cisco’s ecosystem are struggling to maintain cash flows,” Credit Suisse analyst Sami Badri said in an April 14 note that maintained a neutral rating and price target of $40.

Cisco is seen as a bellwether for enterprise-tech spending, as purchases of its routers and switches can portend subsequent purchases of equipment and software to connect to and run on networks. When it reports fiscal third-quarter earnings Wednesday, expect commentary on the global tech-spending environment that could ripple throughout the entire tech sector.

Software offerings like WebEx and Cisco’s security offerings are typically higher margin sales, Cisco receives a healthy majority of its revenue from sales of high-dollar networking equipment. While the company has sought to spread some of those costs out in contracts, it is still expected to suffer from a hit of more than $1.5 billion in the second half of its fiscal year from businesses pulling back in the face of the coronavirus — Analysts on average have subtracted more than three-quarters of a billion dollars apiece from expectations for Cisco’s third-quarter and fourth-quarter revenue totals since the end of the year.

That could change drastically after Wednesday’s report, however, as Cisco details its performance and expectations amid the pandemic.

How the numbers are changing

Earnings: Average analyst expectations from FactSet were 80 cents per share at the end of 2019. As of May 11, they were 71 cents per share. For the full year, analysts expect earnings of $3.05 a share.

Stock movement: During the first three months of 2020, shares dropped 20%, but have rebounded since mid-March. A premium on network services to assist homebound workers has propelled Cisco stock up 30% since March 16.

What the company is saying

April 30: Cisco discloses surges in usage, led by Webex hosting more than 20 billion meeting minutes in April, compared with 14 billion in March and 7 billion in February. The company added more than 15 million new security users over the past two months. And Duo Security, Cisco’s multifactor authentication solution, signed up more than 3,300 new organizations in a single peak week.

April 14: Cisco launched a $2.5 billion financing program that lets its customers defer 95% of payments until 2021, giving them financial breathing space when some face a cash crunch.

April 1: Robbins told CNBC’s Jim Cramer that WebEx traffic has surged during the coronavirus outbreak. “The explosion over the last few weeks has been extraordinary,” Robbins said. The company also committed $225 million to COVID-19 response efforts.

What analysts are saying

• “We expect that Cisco will experience a mixed-bag as cloud strength will likely be offset by overall Enterprise weakness, which we expect to weigh on near-term results while the broader macro works through the pandemic. We view consensus expectations as reasonable, however a wide range of outcomes/guidance are possible given the uncertainty surrounding COVID-19.” — RBC Capital Markets analyst Robert Muller, maintaining an outperform rating and price target of $47 on May 8.

• “We think the April quarter might be better than most expect, driven by higher-than-anticipated Enterprise and Service Provider purchases, contrasting checks from last month. We worry about a potential spending pause stemming from large Enterprises and Service Providers absorbing capacity and challenges in the Commercial vertical, so our recently reduced July estimates could still be at risk.” — Raymond James & Associates analyst Simon Leopold, maintaining an outperform rating on May 7.

• “Our quarterly channel checks point to a material deterioration in demand in Cisco’s April quarter. While trends for WebEx/UC and security were solid, they were substantially weaker in campus/DC switching. The good news is that consensus expectations have corrected downwards below guidance, although it’s difficult to assess whether they fully capture the potential demand shortfall.” — Oppenheimer analyst Ittai Kidron, maintaining an outperform rating and price target of $46 on April 30.

• “Recent macroeconomic softness has pressured the IT spending environment, and could continue to depress sales growth if economic and/or political uncertainty persist.” — Barclays analyst Tim Long, maintaining an overweight rating, while lowering Cisco’s price target to $48 from $50 on April 9.