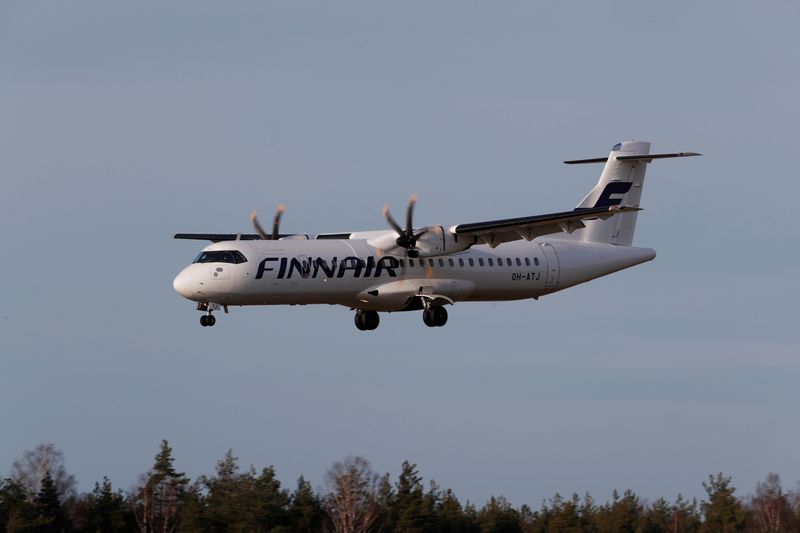 PARIS (Reuters) – Franco-Italian turboprop maker ATR on Monday became the latest aircraft manufacturer to prepare for production cuts due to the coronavirus crisis, with its chief executive telling Reuters a decision on the extent would be taken in the coming weeks.

Last year’s deliveries were the lowest since 2012 as the aircraft market headed into a downcycle even before the coronavirus crisis, with the traditionally volatile market for nimble short-haul turboprop aircraft already feeling the pain.

ATR dominates the market for 50-70-seat turboprop aircraft which are economic on short flights, but is exposed to the relatively weak credit profiles of many regional airlines compared to larger groups, bankers and leasing firms say.

Bortoli declined to give delivery targets for 2020 but said ATR would follow other aircraft manufacturers in reducing planned production after seeing demand and its own ability to make deliveries hit by the epidemic and widespread lockdowns.

“Of course we are going to reduce; we will see later how much,” Bortoli said in an interview.

Data from flight-tracking service Flightradar24.com supplied to Reuters shows a marked drop in the number of ATR test flights since the start of the year, suggesting lower production.

Deliveries have been hampered in part by rules restricting the arrival of inspection teams into France, where the company has its final assembly line, Bortoli said.

The coronavirus crisis has driven a number of turboprop operators into bankruptcy or administration including ATR user Air Mauritius.

Bortoli, however, said a new cargo version of the benchmark ATR 72-600 turboprop will go into service as planned later this year with launch customer FedEx (N:FDX).

Cargo demand has been rising during the crisis as the grounding of most passenger aircraft removes key capacity for freight usually carried in their cargo holds.

Analysts say regional jets, which compete with turboprops in some markets, are expected to benefit from the reluctance of airlines to take risks on larger planes after the crisis.

But Bortoli said he expected turboprops to hold their own as regional economies lead the way out of the crisis. Demand for tuboprops has traditionally been tied to regional development.

“The first flows will be domestic flows which includes regional ones…that operate essential services,” he said.

Turboprops do best when oil prices are high as they save fuel on short routes, but Bortoli predicted a demand-led slump in oil prices would correct itself as the crisis eases.

Industry sources say ATR has declared ‘force majeure’ on aircraft deliveries, meaning it is at the mercy of events outside its control, and informed airlines that any delays are “excusable,” restricting the amount of compensation.

Parent Airbus has said its contracts do not include a force majeure clause.