Home
Market
Tencent Weathers China Slowdown But a Deeper Threat Looms
Prev Article Next Article
This post was originally published on this sitehttps://i-invdn-com.akamaized.net/news/LYNXNPEC6E0CG_M.jpg 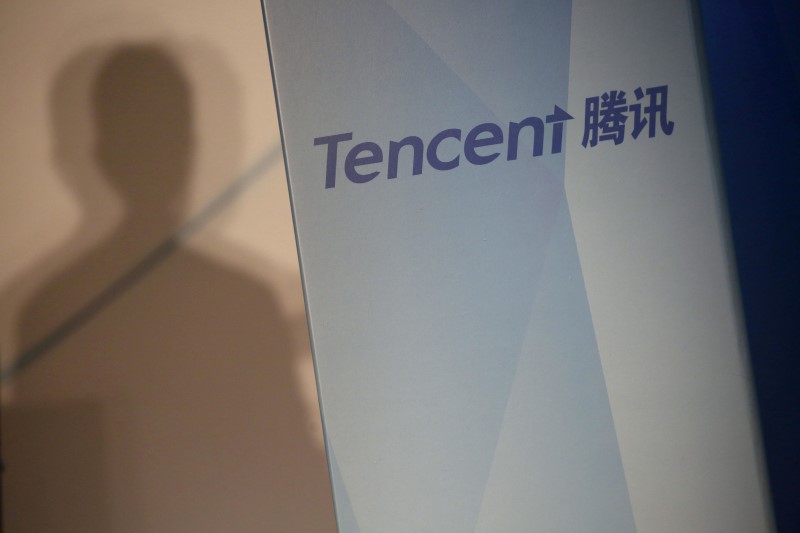 The Covid-19 pandemic likely barely dented Tencent Holdings (OTC:TCEHY) Ltd.’s growth, thanks to its dominance of online spheres from gaming to social media. Now that China’s industries are emerging from the worst of the outbreak, the bigger long-term threat may be the growing posse of challengers to its internet leadership.

The WeChat operator is expected to unveil 18% revenue rise when it reports earnings Wednesday, offering investors the earliest glimpse into how China Internet Inc. fared in the coronavirus-stricken first quarter. That’s down a tad from 20%-plus in prior quarters but still decent, thanks to its burgeoning cloud and finance services and a billion-plus entertainment-starved players confined to home. It’s why Tencent’s market value has surged more than $28 billion since Covid-19 first broke out, defying a global market rout and a record Chinese economic contraction.

But once the dust settles, Tencent will have to contend with a renewed challenge from giants like Alibaba (NYSE:BABA) Group Holding Ltd. and ByteDance Ltd., that are increasingly encroaching on its turf. Like in Silicon Valley years ago, when the biggest cash-rich players from Amazon.com Inc (NASDAQ:AMZN). to Facebook Inc (NASDAQ:FB). invaded each other’s territories, China’s largest tech corporations can now resume expanding beyond their mainstay businesses and developing services from advertising to gaming and payments in direct competition with Tencent.

“These large internet platforms are ambitious and they will try to leverage their scale to go into businesses which are not core to them. Over the years I have seen many of them try to do it, but so far none has succeeded at overtaking the incumbent,” said Bloomberg Intelligence analyst Vey-Sern Ling. “I think large companies will continue to focus on strengthening their core, while engaging in battles with their rivals on the fringe.”

TikTok operator ByteDance has been luring users and advertisers away and into its viral social networks. It’s also readying a foray into hardcore gaming. Alibaba-backed Ant Financial is creating its own version of a lite-app universe, taking a leaf from the book of Tencent’s WeChat. And even Pinduoduo (NASDAQ:PDD) Inc. — a Groupon-like platform backed by Tencent itself — has turned to live-streaming and virtual gifts to keep consumers glued to its app.

Their efforts coincide with a maturing of Tencent’s gaming business. Tencent’s marquee titles like Honor of Kings and Peacekeeper Elite picked up millions of new players during virus lockdowns — yet not everyone’s a loyal patron. Its mobile game revenue for the first quarter may shrink sequentially due to weak performance from these aging hits, according to Bloomberg Intelligence citing Sensor Tower data. New releases from Alibaba’s gaming unit and Bilibili (NASDAQ:BILI) Inc. jumped in sales in recent weeks, according to the analytics firm, trailing closely behind Tencent’s two offerings.

Longer term, ByteDance appears the more significant threat. It’s looking to exploit its social platforms to distribute games where players will splurge on virtual weapons and cosmetics, much as Tencent did more than a decade ago when it first entered the arena. ByteDance has built a gaming division with more than 1,000 people — including hires from Tencent — and is planning to launch two hardcore games this spring, Bloomberg News has reported.

Tencent itself is exploring new markets. Taken together, fintech and cloud services are now Tencent’s fastest-growing division, making up more than a quarter of the company’s revenue in 2019.

Its fintech business took a surprising hit in the first quarter, after the brick-and-mortar stores that account for the bulk of WeChat payments shuttered nationwide to contain Covid-19. Ant Financial’s Alipay, meanwhile, is seeking to draw more merchants and transactions partially by replicating the lite-app model WeChat championed. Alipay’s own mini programs — featured more prominently in a recent upgrade and used for everything from hotel booking to tax filing — now have more than 600 million monthly active users, according to Ant Financial.

For cloud, the pandemic boosted Tencent’s nascent consumer-facing division as workers stranded at home had to rely on collaborative office software. But enterprise customers — a more significant source of revenue — were forced to delay their projects. Tencent’s cloud service revenues surpassed 17 billion yuan ($2.4 billion) in 2019, versus rival Alibaba’s 35.5 billion yuan. Alibaba said last month it will invest 200 billion yuan on cloud infrastructure such as data centers over the next three years.

The company’s social-ad business could continue to grow strongly, despite challenging industry conditions, on high demand and new inventory released in mid-February, but its fintech and business services segment could deliver slower growth as offline payments declined during the pandemic and some cloud computing projects were delayed.