Home
Stocks
In One Chart: This troubling chart might change your mind about lockdown restrictions
Prev Article Next Article
This post was originally published on this site 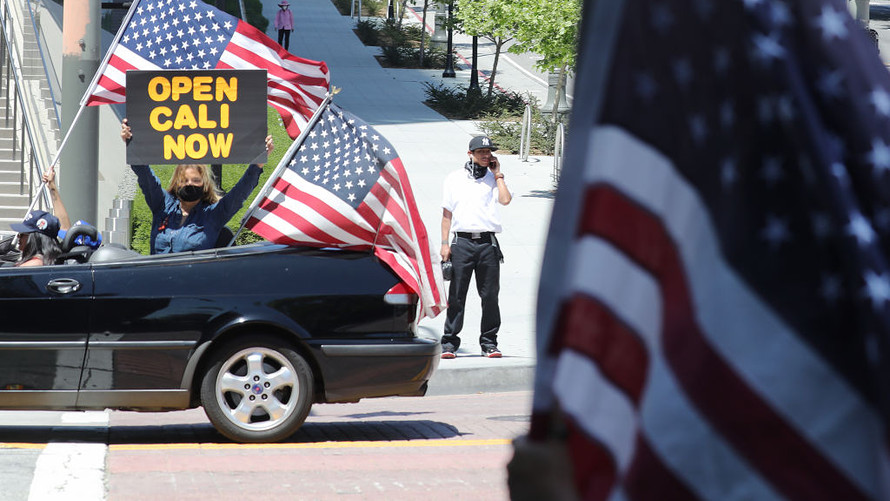 They are protesting in the streets of Orange County. They are bringing their guns to the state capital in Michigan. And they are taking it out on officials in Texas just trying to do their jobs.

Patience is clearly running thin in some parts of the country, as well as in the White House.

“Our country wants to open,” President Trump told reporters on Tuesday before heading off to Arizona to tour a mask-making factory. “And you see what’s going on. They have to open. And the people of our country should think of themselves as warriors. Our country has to open.”

As the Washington Post points out, seven states, led by New York, made up 60% of the coronavirus cases in the U.S. a month ago. Fortunately, thanks to lockdown measures, the numbers have dropped steadily over in those areas during that time frame. Not so in the other parts of the country.

“States that have already begun to scale back those measures have seen a rapid increase in daily case totals relative to one month ago,” writes the Post’s Philip Bump. “Again, that trend was in place prior to calls for states to begin efforts to return to normal activity.”

Here’s one way to look at what’s been happening:

The chart caught the attention of Mohamed El-Erian, chief economic adviser at Allianz, who said it suggests we’re looking at a repeated W-shaped, stop-go process for the foreseeable future.

“Remember,” El Erian wrote in a tweet on Wednesday, “absent quick vaccines/treatments breakthroughs, the challenge is to live with the virus for now.”

Meanwhile, the reopening of the economy and loosening of restrictions continues to vary significantly across the country. Texas, Oklahoma, and Montana are among states newly allowing restaurants to reopen. Malls, movie theaters and other venues are restarting in several states.

At least 100 million Americans were in states making assertive moves to revive business activity, or had no stay-home orders to begin with, according to an Associated Press tally. States home to more than 210 million were taking more gradual steps or didn’t appear close to reopening.

New York, understandably, is moving much more slowly, with restrictions in place until at least May 15. California is also taking a more cautious approach, though some counties in the Golden State have announced their reopening in defiance of a continuing stay-home order.