Home
Market
Global luxury gloom to deepen despite easing lockdowns: Bain
Prev Article Next Article
This post was originally published on this sitehttps://i-invdn-com.akamaized.net/trkd-images/LYNXMPEG460SH_L.jpg 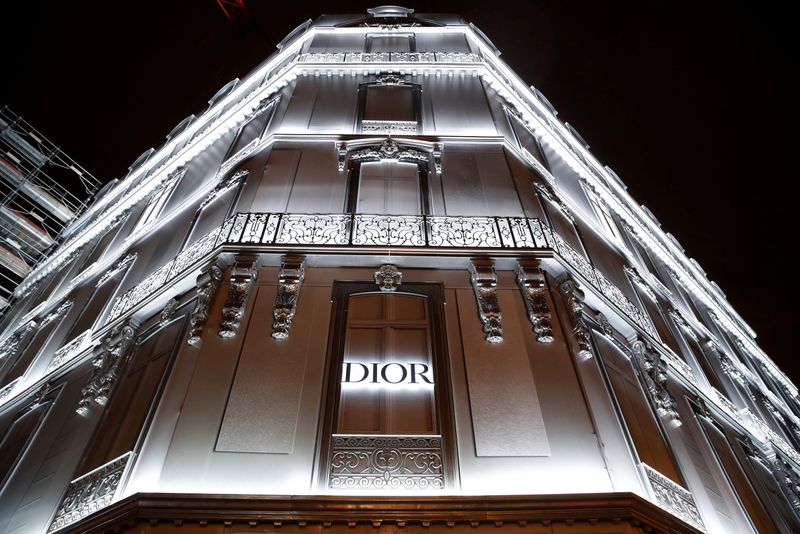 MILAN (Reuters) – Global sales of luxury goods are expected to slump by 50% to 60% in the second quarter even as some countries begin to ease coronavirus lockdowns and despite signs of recovery in the Chinese market, consultancy Bain said on Thursday.

The coronavirus crisis, which first hit China late last year before spreading to Europe and the United States, has kept shoppers at home and forced retailers to shut stores, resulting in a crushing halt to a decade of spectacular growth for high-end brands.

With the April to June decline coming on top of an estimated 25% drop in the first three months of the year, Bain expects global sales of luxury handbags, clothing and cosmetics to shrink by between 20% and 35% in 2020, against a previous estimate for a 15% to 35% decline.

The consultancy, which produces closely followed forecasts for the sector, says it will take until 2022-23 for revenues to return to 2019 levels, which are estimated by Bain to have totaled 281 billion euros ($303.5 billion).

An April report by fellow consultancy McKinsey said the personal luxury goods industry is expected to contract by 35% to 39% this year.

If stores remain shuttered for two months, roughly 80% of listed fashion companies in Europe and North America will be “in a state of financial distress”, McKinsey said.

A recent rebound in China, where the lockdown has been gradually eased since March, is helping offset some of the decline in Europe and the United States, where luxury goods stores are only expected to reopen in the second half of May.

The best-performing brands are already registering a year-on-year sales increase in China for the first four months of 2020, Bain said. Store traffic has nearly halved from a year ago, but people who do venture out are more inclined to buy and the average spend has also increased.

Bain did not name brands, but Louis Vuitton and Dior owner LVMH (PA:LVMH) has said that sales in mainland China had jumped by 50% in some cases during the first weeks of April, while Hermes has also reported a sharp pick-up in Chinese business.

Hugo Boss (DE:BOSSn) is also seeing signs of a sales rebound in China and online, it said this week as it reported a 17% drop in first-quarter sales and forecast a 50% slump in the second quarter.

“If a customer goes to a store, there is a very good motivation to buy,” said Federica Levato, a partner at Bain.

Chinese shoppers accounted for 35% of global luxury spending in 2019 and Bain expects their influence on the sector to grow even further in the next few years – making up nearly half of all luxury sales in 2025.

With global travel not expected to return to normal levels for up to two years, Chinese consumers who used to make most of their luxury purchases abroad will largely be shopping at home, accelerating a trend that was already under way.

Beijing has cut import duties and sales tax, eroding the competitive price advantage of destinations such as London and New York, while Hong Kong – long a shopping magnet for Chinese from the mainland – has lost its lustre after months of protests last year.

“For sure the repatriation of purchases in China will be faster,” said Levato, adding that consumer morale is also likely to bounce back more quickly in Asia than in recession-hit Europe or the United States.

“If luxury brands are able to serve their customers in China with the same service level and offer the same experience (that they would be normally offering abroad) then they can recover the bulk of what they are losing in terms of Chinese tourists no longer shopping in Europe or the U.S.,” she said.

Bain expects more than half of luxury goods purchases made by Chinese consumers to take place in China by 2025.