Home
Stocks
Think you can’t accomplish anything working at home? Meet the guy who fixed Aaron Judge’s swing from his basement
Prev Article Next Article
This post was originally published on this site 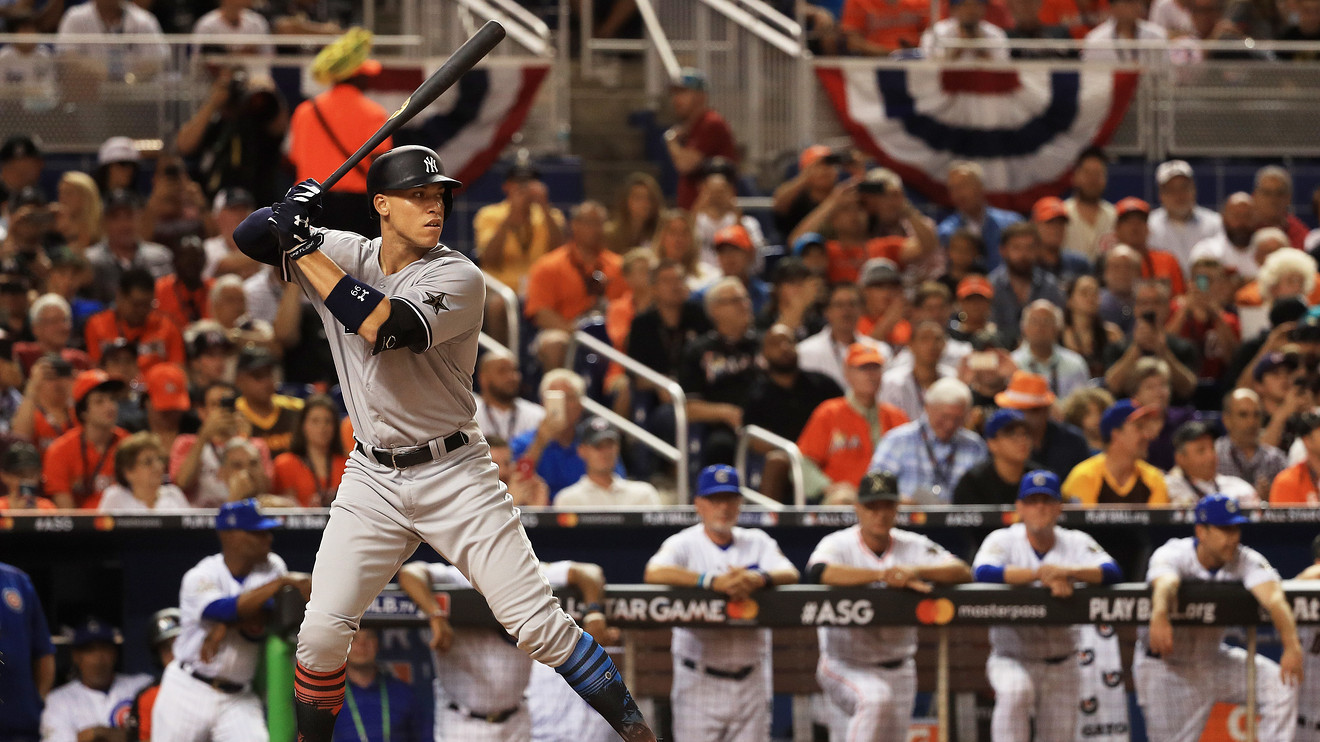 Richard Schenck was vacationing with his family in Colorado in June 2018 when he received an urgent text message. It was from Aaron Judge, the New York Yankees’ superstar outfielder, and he had an unusual request. Judge was struggling at the plate. His swing didn’t feel quite right. He needed Schenck, the owner of a billiards hall outside St. Louis whose unremarkable baseball career ended after a stint at a small college in Missouri, to fly across the country to fix it.

That was the end of Richard Schenck’s vacation. He had to go help a burgeoning major-league superstar by teaching him the secrets of the swing that he figured out, quite literally, in his basement.

When Schenck began his quest in 2004, the best hitter on the planet was Barry Bonds. Maybe you’ve heard of him. He hit 762 home runs, the most in history. It’s a record mired in controversy because of his alleged use of performance-enhancing drugs. But no matter. Whatever Bonds did or didn’t put in his body, one thing is undeniable: He had, quite possibly, the prettiest swing in the history of baseball. And Schenck wanted to learn it.

Barry Bonds quickly became Richard Schenck’s obsession. As many as five nights a week, Schenck would hole up in his basement to study every video of Bonds he could find on the internet or record off TV and then try to replicate the swing himself, movement by movement.

There were a lot of false starts. So back to the tape he went. He watched the swings in slow motion. He watched them at regular speed. He watched Bonds’s feet and his legs and his hips and his arms and his hands. Somewhere, he would find the key.

And one day, two years after he began to devote his entire life to the Church of Barry, he did. Schenck still remembers, as clearly as he remembers any other moment of his life, the moment it clicked. “It was a Friday night in September of ’06,” he said. “I’m watching the Cardinals play the Giants.” (The San Francisco Giants, in fact, played in St. Louis on Friday, September 15, 2006. The Cardinals won, 14–4. Bonds went 1-for-3 at the plate.) What he saw that night changed Schenck’s life. As Bonds swung, the barrel of his bat blurred behind his head. Schenck had never noticed that before, and he couldn’t figure out how or why it was happening.

At first, he assumed Bonds was flattening his barrel and pushing forward, but with far superior hand speed, causing the blur. But upon further consideration, Schenck realized it wasn’t that at all. Bonds wasn’t flattening his barrel — his first move wasn’t forward, but back. He was launching into his swing with a rearward move, “snapping it into an arc,” as Schenck put it. He was creating bat speed not when he started moving forward, but when his bat went backward.”

After working on the snap for a few more days, he picked up the phone to call his son, Brandon, who was the reason he wanted to understand the swing at all. After fizzling out as a player himself, Schenck reintroduced himself to baseball in an effort to help his children become better hitters. When Schenck started, Brandon was in the eighth grade. Now he was a sophomore in college, struggling to earn playing time at Millikin University, a Division III school in Illinois. Brandon answered the phone.

Over the next few years, Schenck began preaching the gospel on the internet for anybody who would listen. The idea that somebody like Aaron Judge might pay attention to him was unimaginable. But people were paying attention — including David Matranga, a longtime minor-leaguer who wound up taking six major-league at-bats. The very first one ended in a home run. It was his only big-league hit.

Toward the end of his career, Matranga found Schenck online. He was interested, and the two started working together. Matranga’s numbers improved. By that point, it was too late for Matranga to carve out a big-league career. His time had passed. But he never forgot about Schenck, the wacky guy on the internet who somehow understood the swing better than actual professional coaches.

Eventually, Matranga became an agent. He had a client who he thought could use a tuneup. His name was Aaron Judge.

“I said, ‘Do me a favor: Fly to Arizona and give me five days with one of my really good friends who I believe can drastically improve your swing and tap into your true potential,’” Matranga said. “‘Give me five days, and if you think it’s horse—, you can go back to doing whatever you were doing.’ I said, ‘What can you lose?’”

Nothing, Judge reasoned. So in November 2016, he did what Matranga asked and headed out to Peoria for a crash course. Baseball was about to change.

Jared Diamond writes about sports for The Wall Street Journal. This is an excerpt from his book “Swing Kings.”