Home
Stocks
Impossible Foods, Beyond Meat see spike in demand as coronavirus wreaks havoc on meat supply
Prev Article Next Article
This post was originally published on this site 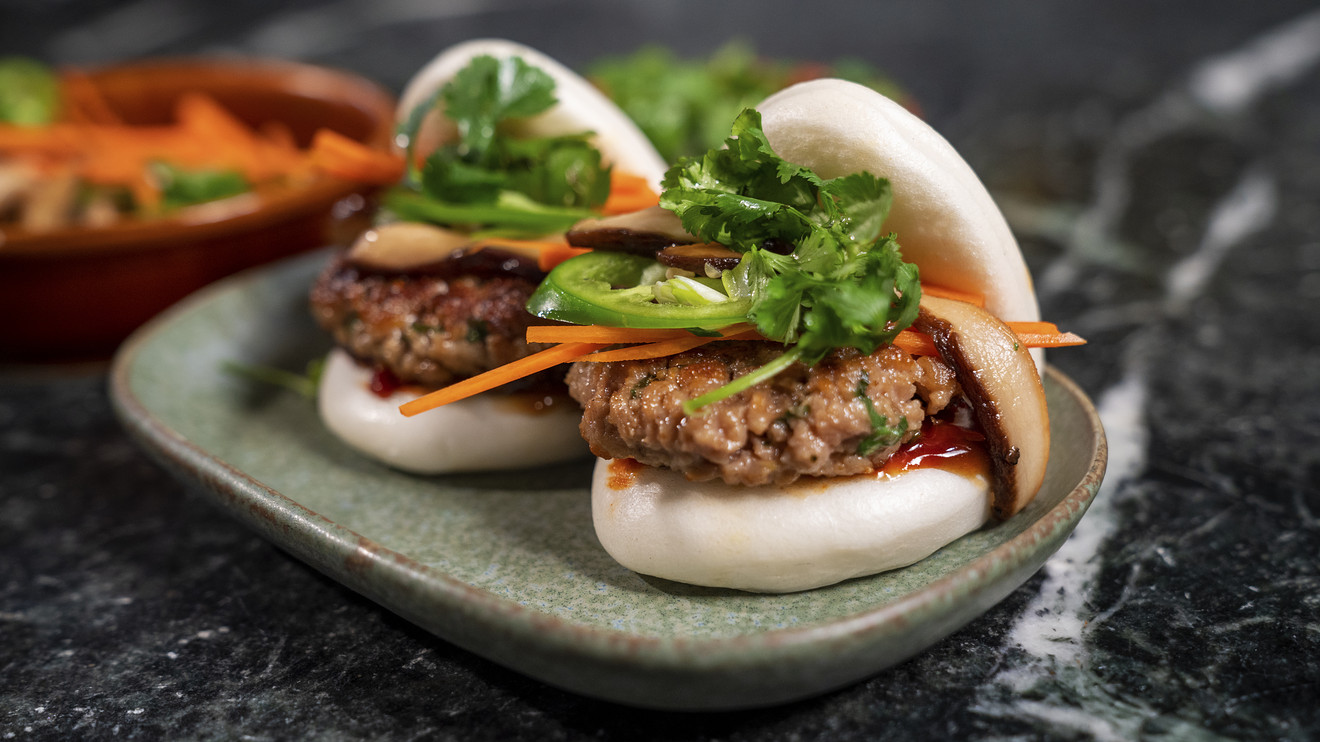 A shortage of beef and pork could be a plus for two of the largest makers of plant-based meat.

Beyond Meat Inc. BYND, +5.25% and privately-held Impossible Foods Inc. are likely benefactors in the wake of closures of major meat-packing plants hit by coronavirus outbreaks.

The evidence was on vivid display Tuesday, after Beyond Meat reported fiscal first-quarter results that blew past Wall Street estimates, sending its shares up 7% in extended trading. Shares of Beyond Meat have surged 85% since March 18, as retailers request “expedited” deliveries to refill shelves across the country, a company spokesperson said.

A 141% jump in first-quarter revenue and profit “exceeded our expectations despite an increasingly challenging operating environment due to the COVID-19 health crisis,” Beyond Meat Chief Executive Ethan Brown said in a statement announcing the results.

Case in point: Impossible Foods on Tuesday said its flagship Impossible Burger product will be available at 1,700 Kroger Co. KR, +0.86% stores, starting immediately. What’s more, it has announced the addition of 777 retail locations the past three months, bringing Impossible’s nationwide reach to more than 1,000 stores — including recent debuts at Albertsons Cos. Inc., Jewel-Osco, Pavilions, Safeway Inc., and Vons, bolstering Impossible’s availability in the Midwest and West.

Retail expansion has coincided with record demand for the company’s beef and pork substitutes. Sales at grocery stores hit a record in March, and April will easily eclipse the previous record, according to Lee.

“We have not seen any interruption in our supply chain,” Lee told MarketWatch. “While 95% of our consumers are meat eaters, the way we make our product is incredibly different. The meat industry has to grow an animal, transport it, slaughter it, process it, and turn it into the meat it serves. We bypass the animal, we go straight to the plants. We have a vastly different way to make our product that is far more efficient for us and far better for the planet.”

Beyond Meat, too, has greatly expanded its point of sales. On April 21, it began selling its products through nearly 4,200 Starbucks Inc. SBUX, +1.40% locations in China. (Starbucks on Monday said it would open more than 85% of its company-operated stores in the U.S. by the end of this week, and 90% by early June.) Additionally, Beyond Meat last month said it secured a $150 million, five-year secured revolving credit facility to maintain its growth trajectory. The credit facility provides the company with an option to expand the facility to $350 million if necessary.

“We’re seeing increased pressure from retail accounts to fill orders and keep up with demand over the next several weeks,” Larry Praeger, CEO of Dr. Praeger’s Sensible Foods, a pioneer in the plant-based frozen-food sector, told MarketWatch. Its New Jersey factory is running at 75% to 80% capacity and can produce approximately 100,000 pounds daily. A new manufacturing line is in the works to double Dr. Praegers’ capacity. (Praeger’s Sensible Foods are sold at Kroger, Amazon.com Inc.’s AMZN, +0.07% Whole Foods Market, Costco Wholesale Corp. COST, +1.12% and Trader Joe’s.)

It’s another tale at Tyson Foods Inc. TSN, +3.01%. The biggest U.S. meat company’s stock was battered Monday after it reported a 15% drop in earnings and production disruptions and plant closures as hundreds of its workers test positive for COVID-19. Tyson expects volumes to decline in the second half of fiscal 2020.

“Operationally, we have and expect to continue to face slowdowns and temporary idling of production facilities from team member shortages or choices we make to ensure operational safety,” the company said.

Tyson’s quarterly results amplify the growing narrative of a disruption in the nation’s meat supply. Costco outlets are limiting meat purchases amid dire warnings in recent weeks from food executives, while some Wendy’s Co. WEN, -2.43% restaurants have temporarily taken hamburgers off the menu.

“The food supply chain is breaking,” company chairman John Tyson said in a blog post on the company’s website April 26, warning of an upcoming shortage in steak and pork. “Millions of pounds of meat will disappear” as plants close, he added. This month, the company has shuttered a meat processing plant in Pasco, Wash., that produces enough beef in one day to feed 4 million people; two of its largest facilities in Iowa and Indiana; and a chicken processing plant in Tennessee because of COVID-19 outbreaks.

Tyson’s comments parallel alerts from JBS SA, the world’s biggest meat company, and Smithfield Foods Inc., the world’s top pork producer, that consumers are likely to see meat shortfalls. On Sunday, JBS said it will shut down another beef production facility in Wisconsin.

The Smithfield Foods plant in Sioux Falls, S.D., was closed April 14 after two workers died and 783 others tested positive for the virus.

More than 5,000 meat and food processing workers have been infected or exposed to COVID-19, according to the United Food and Commercial Workers International Union.

With pork production in the U.S. down about 25%, Impossible Foods’ entry into the pork market in January would appear prescient. The company debuted its pork products at the CES tech conference in Las Vegas in January.

See also: Impossible Foods adds pork to menu amid ‘most significant science project and business endeavor in the world’

“As the outbreak continues, we think meat processors will continue to be faced with the difficult task of balancing worker safety and ensuring the nation’s meat supply chain runs smoothly,” Thematic Research analyst Arun Sundaram said in a note April 27. He expects Tyson and Hormel Foods Corp. HRL, -0.36% to eventually benefit in the long term.