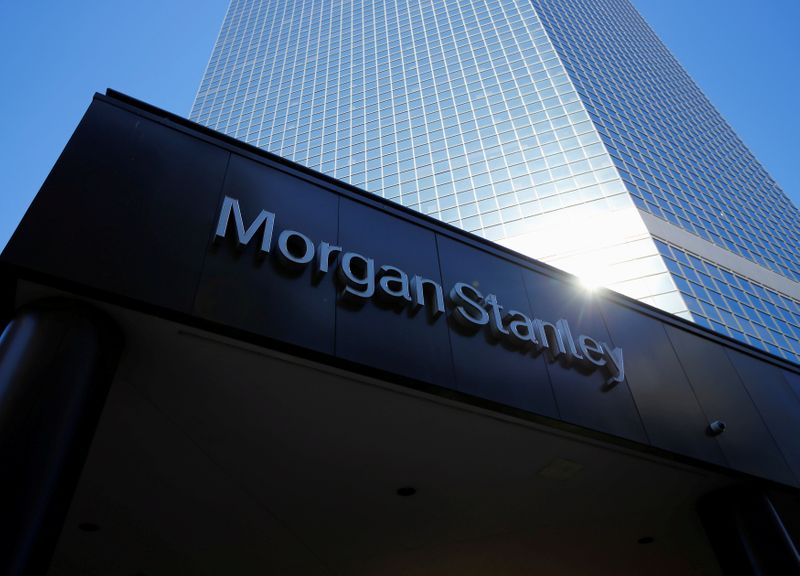 LONDON (Reuters) – Britain has turned to Morgan Stanley for advice on a package of measures to keep its airlines in business during the coronavirus crisis, after warnings that the industry might implode, two sources familiar with the matter told Reuters.

The Wall Street investment bank, originally drafted in to handle a possible bailout of Virgin Atlantic, has been awarded a broader mandate to examine ways to support the entire airline sector in Britain, the sources said.

“The situation was more complicated than expected,” the second source said, adding that any bailout of Virgin Atlantic might prompt other airlines to request state aid.

Morgan Stanley’s expanded role comes as British Airways-owner IAG (L:ICAG) began a sweeping restructuring and the boss of London Heathrow Airport’s boss warned that Britain risks destroying its aviation sector by not propping up airlines as countries such as the United States and France have done.

Airlines around the world are struggling with the fallout of the coronavirus pandemic, with some such as Germany’s Lufthansa (DE:LHAG) seeking urgent state assistance as air travel has been brought to a virtual standstill, threatening thousands of jobs.

“We have been clear that we are prepared to enter discussions with individual companies seeking bespoke support as a last resort,” a spokesman for British Prime Minister Boris Johnson said of British airlines which have exhausted other funding measures to cope with the crisis.

Morgan Stanley (N:MS) declined to comment, while Treasury representatives were not immediately available to comment on the investment bank’s appointment.

Virgin Atlantic, which is 51% owned by billionaire Richard Branson’s Virgin Group and 49% by U.S. airline Delta (N:DAL), has warned it will only survive if it gets state aid, while its staff have taken a temporary wage reduction.

Johnson’s government has so far been wary of bailing out travel companies and in March let regional carrier Flybe collapse, marking one of the first big corporate casualties of the coronavirus outbreak.

Morgan Stanley is working closely with Rothschild, which won a similar government mandate earlier this year to handle talks with airlines and other British companies bearing the brunt of the coronavirus pandemic, the sources said.

Any bailout of Virgin Atlantic would only come after all other possibilities, including a sale, had been fully explored, one of the sources said.

A spokeswoman for Virgin Atlantic said it was exploring all available options to obtain additional external credit, adding it was working with Houlihan Lokey (NYSE:HLI) on private sector funding and ongoing discussions with stakeholders were “constructive”.

Meanwhile, Branson and the Virgin Group were committed to the airline and were not looking to sell it, a representative for the group said on Friday.

But if no bailout is granted and Virgin Atlantic ends up collapsing, then the government will need to review the competitive landscape on transatlantic flights as British Airways would emerge as a winner, another source said.

Virgin Atlantic has increased its routes between London and North America over the past few years to win more U.S. customers and boost profitability.

British Airways’ parent company IAG warned it may cut up to 12,000 jobs after reporting an operating loss before exceptional items of 535 million euros for the first quarter, but ruled out any plan to ask the British Treasury for state support.

However, IAG’s Spanish airlines Iberia and Vueling have taken a different path and on Friday secured 1 billion euros of government-backed loans.