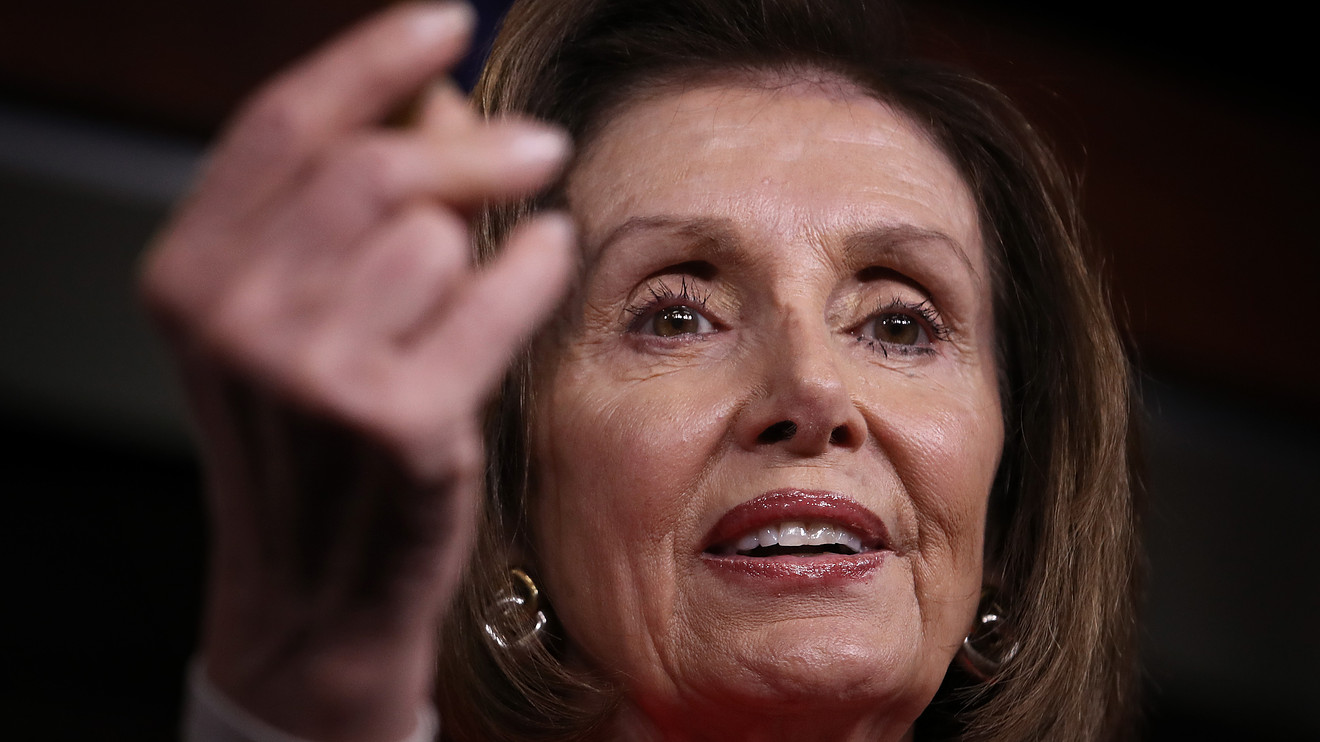 As big public companies give back their Paycheck Protection Program loans following a backlash, House Speaker Nancy Pelosi is questioning how the program was set up.

“We have to take a look at how banks are compensated. They get a higher percentage for a small loan, but if you get 5% on a $50,000 loan, that’s a lot less than getting 1% on a $5 million loan,” the California Democrat said on Monday in an MSNBC interview, referring to a situation that produces a $2,500 fee vs. one that results in a $50,000 fee.

“Is that right? Shouldn’t it just be a flat fee?” she asked.

The federal government’s new program aims to help small businesses hurt by the coronavirus crisis. Banks provide the PPP loans and get processing fees from the Small Business Administration. Lenders receive 5% for loans of $350,000 or less, 3% for loans between $350,000 and $2 million, and 1% for loans of $2 million or more, according to Treasury Department guidelines.

When asked on MSNBC why the government doesn’t just provide the loans, Pelosi brought up the idea that banks could deliver the money more quickly, and she made an effort to sound positive about the lenders.

“It was a decision the secretary of the Treasury made to go through the banks for facilitation — that perhaps it would be faster to do than to go through a Small Business Administration process. I don’t want banks to be made villains in this,” the speaker said.

She then added the following: “They are facilitators, and this should be something that we go forward with in a very positive way. It is interesting, though, that they make a lot of money off of it — and therefore it could affect their behavior in all of it.”

Pelosi isn’t alone in suggesting a flat fee for each loan for PPP lenders. Aaron Klein, a Brookings Institution fellow who worked in the Treasury Department during the Obama administration, also called on Monday for paying lenders a set amount per loan.

“Currently @USTreasury @SBAgov pay lenders 5x more for a $5Million loan than an average sized loan ($200k). Guess what they produced?” tweeted Klein after writing an op-ed for Politico on how to fix the “broken” relief program. “Same fee, no incentive for banks/credit unions to prioritize bigger loans.”

He has called for other changes to the PPP, such as capping loans at $1 million after loans above that amount took 44.5% of the program’s first round of money.

The PPP quickly ran through its initial allocation of $350 billion that came through last month’s $2.2 trillion Cares Act, and then on Friday got an additional $320 billion as President Donald Trump signed into law the $484 billion Paycheck Protection Program and Health Care Enhancement Act.

Small businesses have reported widespread problems in getting the loans during the past month. Meanwhile, more than 100 public companies disclosed getting the aid, though many of them are giving the money back after an outcry and a May 7 deadline from the Treasury Department for returns.

“It is possible that Congress may consider appropriating a third round of PPP funding, which would impact the negotiations over a Phase Four bill,” said KBW Brian Gardner in a note on Monday, referring to Washington’s next aid package.

Democratic lawmakers pushing for more aid for state and local governments “would gain additional leverage to push for funding for the states if Republicans want more funding for PPP loans,” Gardner said.

U.S. stocks DJIA, +1.10% SPX, +1.24% are trading well below their February peaks because of coronavirus-related worries, but they have rallied from their recent late March lows thanks in part to optimism around Washington’s aid efforts. The S&P 500 and Dow were gaining Monday, with analysts giving credit to some lockdowns easing.