Home
Market
Icahn sees opportunities but warns of more 'downdrafts' ahead: Bloomberg
Prev Article Next Article
This post was originally published on this sitehttps://i-invdn-com.akamaized.net/news/LYNXNPEB6U08A_M.jpg 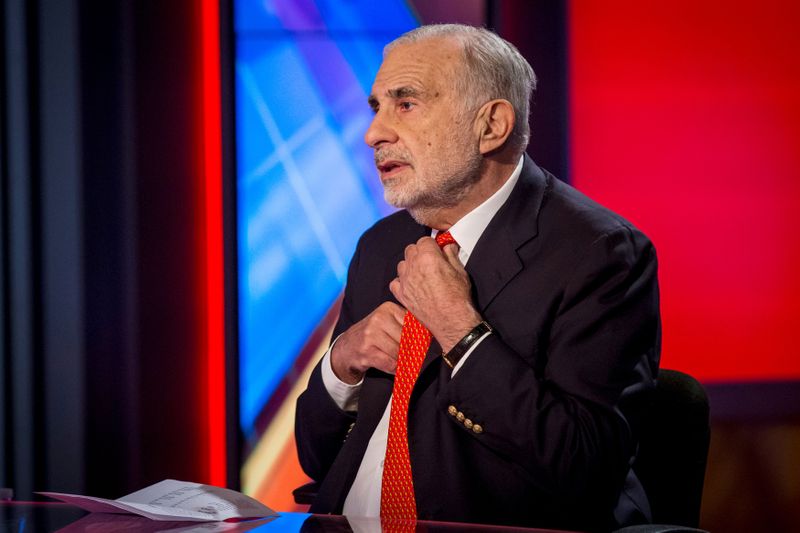 BOSTON (Reuters) – Billionaire investor Carl Icahn said he expects to see “good opportunities” to buy after the historic stock market sell-off but warned there will likely be more heavy selling because the coronavirus outbreak has yet to be contained.

“There will be good opportunities,” Icahn said in an interview with Bloomberg Television on Friday, adding, however, “in the short term we could still see some big downdrafts.”

Icahn was speaking at the tail end of a week in which oil prices fell so far that sellers had to pay buyers to take it off their hands, U.S. lawmakers approved a $484 billion bill to aid small businesses and hospitals, and unemployment claims topped 26 million in the last five weeks. Oil prices are no longer in the minus zone. [O/R]

Even as some states are preparing to reopen some businesses that have been largely shuttered for weeks to prevent the virus’ spread, Icahn said he thinks the virus can return in “spurts.”

He warned that people will not be as enthusiastic about returning to normal life while the threat of a deadly disease lingers. “It is not like turning on a spigot,” he said.

“Today the risk is too high for the reward in many companies,” said Icahn, who at age 84 has lived through decades of financial crises.

He said he likes what he calls “mundane” companies and said he thinks technology stocks are overvalued.

This week he made money in the oil market when he urged refiner CVR Energy Inc (N:CVI), in which he owns a big stake, to make storage available for sellers who did not know where to put the oil. “I usually don’t micromanage,” Icahn said, adding he called CVR to say “we have storage space.” The company has storage capacity for millions of barrels of oil and filled a fraction of that, he said.

He also spoke again about a current favorite trade: a bet against an index of commercial real estate debt that will pay off when large shopping centers default on their debt. The coronavirus, which has shuttered malls, has been helping with that trade. A number of retailers including Neiman Marcus [NMRCUS.UL] and Lord & Taylor are exploring bankruptcy as their stores remain shut.

Icahn declined to discuss Hertz Global Holdings Inc (N:HTZ) which has hired debt restructuring advisers, saying only, “we are on the board there.”