Home
Market
'A disaster': Roche CEO's verdict on some COVID-19 antibody tests
Prev Article Next Article
This post was originally published on this sitehttps://i-invdn-com.akamaized.net/trkd-images/LYNXNPEG3L0SI_L.jpg 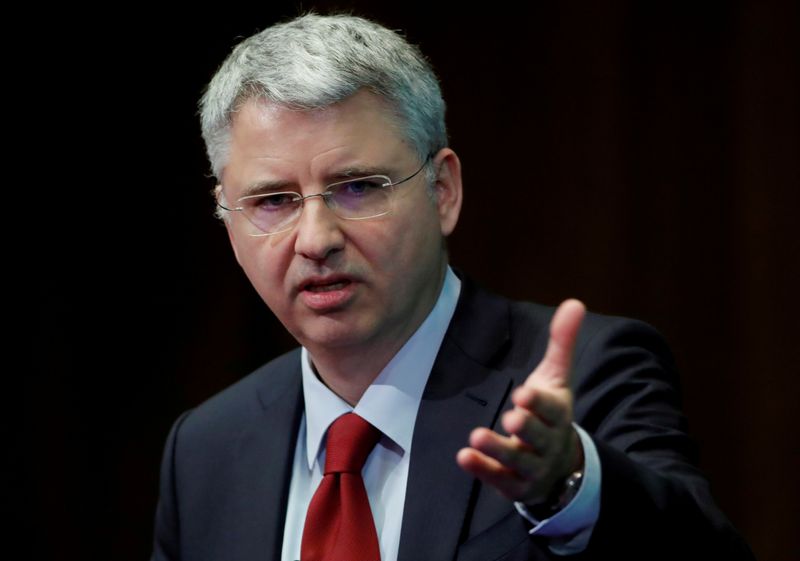 ZURICH (Reuters) – Some blood tests being marketed to tell people if they have had the new coronavirus are a “disaster”, Roche Chief Executive Severin Schwan said on Wednesday as he prepares to launch the drugmaker’s own antibody test next month.

Roche’s diagnostics business has moved out of the shadow of its main medicines unit during the pandemic, as the Swiss pharma giant confirmed its 2020 sales and profit outlook amid rising demand for COVID-19 testing.

Countries around the world hope such blood tests – meant to show whether people exposed to the disease have developed antibodies thought to offer some immunity – will guide efforts to restart their economies and keep healthcare workers safe.

An erroneous false-positive result could lead to the mistaken conclusion that someone has immunity. In developing its test, Schwan said, Roche scrutinised some existing products for reliability before rejecting them.

“It’s a disaster. These tests are not worth anything, or have very little use,” Schwan told reporters on a conference call. “Some of these companies, I tell you, this is ethically very questionable to get out with this stuff.”

Schwan said there were about 100 such tests on offer, including finger-prick assays that offer a quick result. The Basel-based company declined to specify which rival tests it had studied, but said it was not referring to tests from established testing companies.

Roche also makes separate tests to determine if a person has an active coronavirus infection, with a sample taken via a swab from nasal passages.

Sales of those tests helped push first-quarter sales in its Molecular Diagnostics business up 29% in the first three months of the year, it said.

By contrast, Roche’s planned antibody test relies on intravenous blood draws taken by a nurse or a doctor.

Schwan did not release figures for its test’s “specificity”, or how many false-positives can be expected, but promised it would be reliable because Roche had successfully found the antibody produced by the body after exposure to the novel virus.

“This is really what matters,” he said. “Every kind of amateur could produce an antibody test. The two of us could do it overnight in the garage. That’s not the problem.”

“The question is, does it really work? And for that, you have to do testing and validation,” he added.

Roche confirmed its existing 2020 forecast for sales to grow in the low-to-mid single-digit percentage range, with core earnings growth per share matching that, after first-quarter sales rose 7% to 15.1 billion Swiss francs ($15.57 billion).

While most of Roche’s coronavirus activity has been focused on testing, it is also studying if its older arthritis drug Actemra will help critically ill patients hit by severe immune system reactions, also called cytokine storms. The medicine has already been deployed for such cases on a limited basis, including in China.