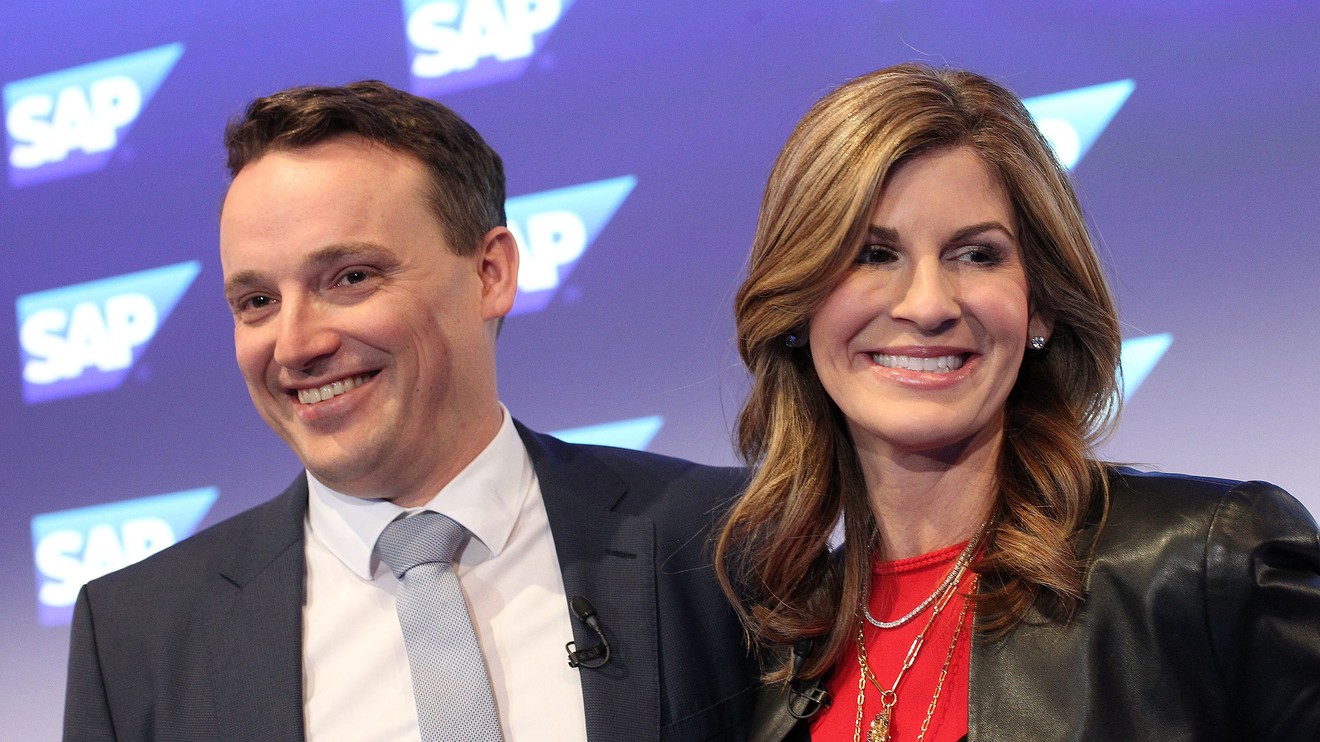 Shares in SAP fell 2.25% on Tuesday after Europe’s largest software group abandoned its dual-chief-executive structure to provide clarity in the face of business challenges posed by the COVID-19 pandemic.

SAP said late on Monday that co-chief executive Jennifer Morgan, who was appointed just six months ago to the role alongside Christian Klein, will leave the company at the end of April. Morgan was the first female CEO of Germany’s blue-chip DAX index.

“More than ever, the current environment requires companies to take swift, determined action which is best supported by a very clear leadership structure,” SAP SAP, -0.68% said in a statement. “Therefore, the decision to transfer from co-CEO to sole CEO model was taken earlier than planned to ensure strong, unambiguous steering in times of an unprecedented crisi,.” it added.

SAP reported its first-quarter results on Tuesday, saying business activity in the first two months of the quarter was “healthy” but that a significant amount of new business was postponed as the spread of the coronavirus outbreak escalated.

The company cut its full-year guidance earlier in April, saying software licensing revenue had dropped 31% in the first quarter amid the coronavirus pandemic, but said its cloud revenue for the quarter would be up 29% and total sales up 7%.

Analysts at Citi said that, while on one hand the leadership suggests “decisive action by the supervisory board,” it does come only six months after the co-CEOs’ appointment and on top of the company’s recent history of several other management changes.

SAP reverted to the dual-CEO model in October, when Bill McDermott stepped down after five years at the helm during which he oversaw a series of multibillion-dollar deals, including the 2018 $8 billion acquisition of Utah-based software company Qualtrics, which helped transform SAP into Europe’s leading technology group.

However, that strategy also frustrated thousands of clients which feared the company had become too complex and lost focus and were disappointed with profitability and declining margins.

SAP attracted the attention of Elliott Management in April 2019 after the U.S. activist investor built up a €1.2 billion ($1.32 billion) stake in SAP, claiming it was undervalued.

Hasso Plattner, SAP’s co-founder and chairman who owns just over 6% of the company, gave his support to Klein, saying that he had “full faith in Christian’s vision and capabilities in leading SAP forward toward continued profitable growth, innovation, and customer success.”

SAP said its dividend proposal of €1.58 a share at its annual general meeting on May 20 would be unchanged.