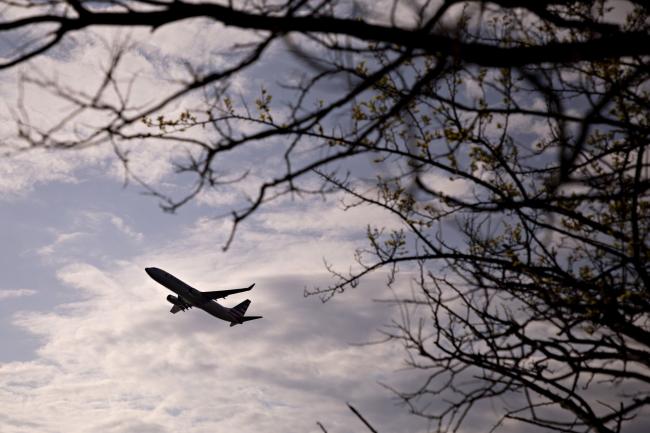 The deal covers all major carriers, the Treasury said in a statement. American Airlines (NASDAQ:AAL) Group Inc., for example, said it would get $5.8 billion in total support while Southwest Airlines (NYSE:LUV) Co. said it would receive $3.2 billion. The government is doling out $25 billion in payroll assistance allocated for passenger carriers in the $2.2 trillion stimulus package signed into law March 27.

“We welcome the news that a number of major airlines intend to participate in the Payroll Support Program,” Treasury Secretary Steven Mnuchin said in the statement. The program “will support American workers and help preserve the strategic importance of the airline industry while allowing for appropriate compensation to the taxpayers.”

The aid represents a temporary lifeline for airlines after the outbreak and government travel restrictions erased all but 5% of daily passenger demand in the U.S. Forced in some cases to pay more in refunds than they were taking in from new ticket sales and fees, carriers have cut capacity as much as 80% and parked thousands of planes in the industry’s worst-ever disruption.

Shares of American, United, Delta and Southwest all surged on the news in extended trading.

The Treasury expects to start doling out the funds as soon as this week, according to a person familiar with the matter.

The sometimes contentious process of hammering out agreements with the airlines was “neither easy nor perfect,” but it was needed to protect about 750,000 airline industry jobs, said Representative Peter DeFazio, the Oregon Democrat who is chairman of the House Transportation Committee.

DeFazio, who has been critical of previous bailout programs, said the use of funds to cover payrolls should be the model for all future assistance programs.

Airlines aren’t depending on federal funds alone, having tapped credit markets for billions of dollars in new loans, as well as existing revolvers. Tens of thousands of employees have volunteered for time off, from unpaid short-term voluntary leaves to early retirement.

The government is requiring large carriers to repay some of the assistance through low-interest loans. The Treasury also has the ability to take stock warrants representing a portion of the aid, a provision initially met with some pushback from airlines, their unions and some members of Congress.

Not all airlines have disclosed the details of their aid packages yet. But in Southwest’s case, the company will receive $2.3 billion in direct payroll support and a nearly $1 billion unsecured loan with a 10-year term. The Dallas-based carrier will issue 2.6 million warrants to the Treasury.

American’s package includes a payroll grant of $4.1 billion and a loan of $1.7 billion. The carrier said it also will seek a separate $4.75 billion loan from the Treasury. The company said it would disclose warrants for the government in a subsequent regulatory filing.

“With this level of assistance, we now believe we have the financial resources necessary to help us withstand this crisis and be in position to serve the traveling public when they are ready to start flying again,” American Chief Executive Officer Doug Parker and President Robert Isom said in a message to employees.

The Fort Worth, Texas-based carrier said it would further reduce its flight schedule for June and beyond. About 32,000 employees have chosen to retire early, take reduced work or take paid leave, and American will re-open opportunities for more to do the same.