Home
Market
Five Ideas That Do Nothing for the Pandemic Economy
Prev Article Next Article
This post was originally published on this sitehttps://d1-invdn-com.akamaized.net/content/picd94959c21eaf00ad39c9a0b503b5f2e3.jpg 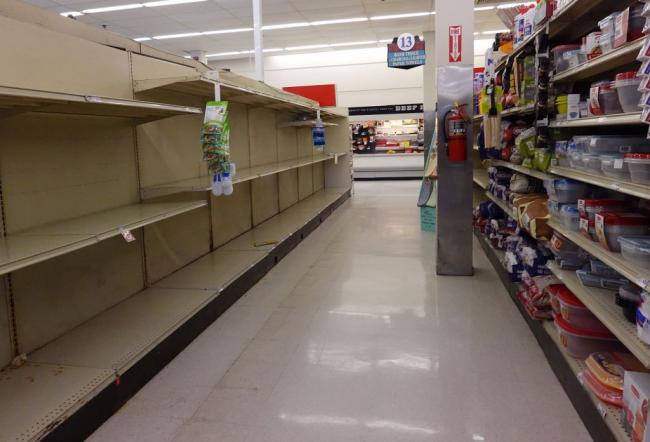 Some administration officials have floated the idea of capital-gains tax cuts as part of the next stimulus bill. But cutting capital-gains taxes is a dubious idea in the best of times. In some economic theories, reducing the tax rate that investors pay when their assets appreciate induces them to invest more money in markets, allowing companies to fund themselves more cheaply. But these theories probably bear little relation to reality in a world awash in cheap capital. Dividend tax cuts, which are similar, have shown no ability to boost investment. In the current pandemic situation there’s even less of a chance this would happen. Companies can already borrow and invest cheaply, thanks to the Federal Reserve; a tax cut on top of that would be nothing but a gratuitous giveaway to shareholders. Fortunately, even economic adviser Larry Kudlow seems to realize how useless this idea is.

President Donald Trump’s 2017 tax reform limited the amount of state and local taxes that could be deducted from federal tax bills. House Speaker Nancy Pelosi has floated the idea of uncapping that deduction as part of a new stimulus bill aimed at giving money to states. In theory, this might reduce political pressure on states to cut their top income taxes, allowing them to gather more revenue from high earners. But that effect, if it ever came, would take a long time to show up. In the meantime, uncapping SALT deductions would simply hand cash to high earners — the people harmed least by the current crisis. Giving money directly to state governments is a much better idea.

Throughout the crisis, U.S. medical personnel have faced a shortage of personal-protection equipment such as masks, face shields and gowns. This has put front-line workers in danger and held back U.S. testing efforts. In response, Trump ordered a ban on exports of these and other items. Although looking out for the U.S.’s own interests in a crisis is perfectly legitimate, this export ban was misguided because it will invite retaliation from trading partners that the U.S. still relies on for crucial medical supplies. That could easily end up making shortages worse. Fortunately the Trump administration seems to be partially reversing the move. Let’s hope the European Union, which has enacted similar export restrictions, will follow suit.

Pelosi has suggested including more extended unemployment-insurance benefits in the next round of stimulus. But throwing even more people into the overloaded unemployment system is far from optimal. The approach made sense for the first round of rescue money only because something had to be done immediately, and the unemployment insurance system was an existing program that could start mailing checks relatively quickly. But there’s a big downside; letting companies throw employees out of work and then requiring people to search for new jobs after shutdowns causes long-term economic disruption. A much better approach is to do what countries such as Denmark have done — pay companies to keep workers on staff until the shutdown ends. The more economic relationships and income streams that can be preserved intact through the crisis, the better.

There are reports that the Trump administration is considering issuing blanket waivers of liability to companies whose workers contract Covid-19 on the job, meaning they can’t sue their employers if they become infected on the job. The idea might be that fear of lawsuits is keeping employers from hiring during the shutdowns. But this makes little sense — it’s the shutdowns themselves that are reducing employment. Waiving legal liability would simply discourage companies in essential industries, such as grocery stores or delivery services, from providing their workers with adequate protection equipment. That in turn would raise the amount of compensation that workers demand in exchange for staying on the job, making it harder for essential businesses to stay open. Instead, the next stimulus bill should simply pay companies to provide adequate protection to their workers, as well as subsidizing premium pay for hazardous work.

This column does not necessarily reflect the opinion of Bloomberg LP and its owners.

Noah Smith is a Bloomberg Opinion columnist. He was an assistant professor of finance at Stony Brook University, and he blogs at Noahpinion.