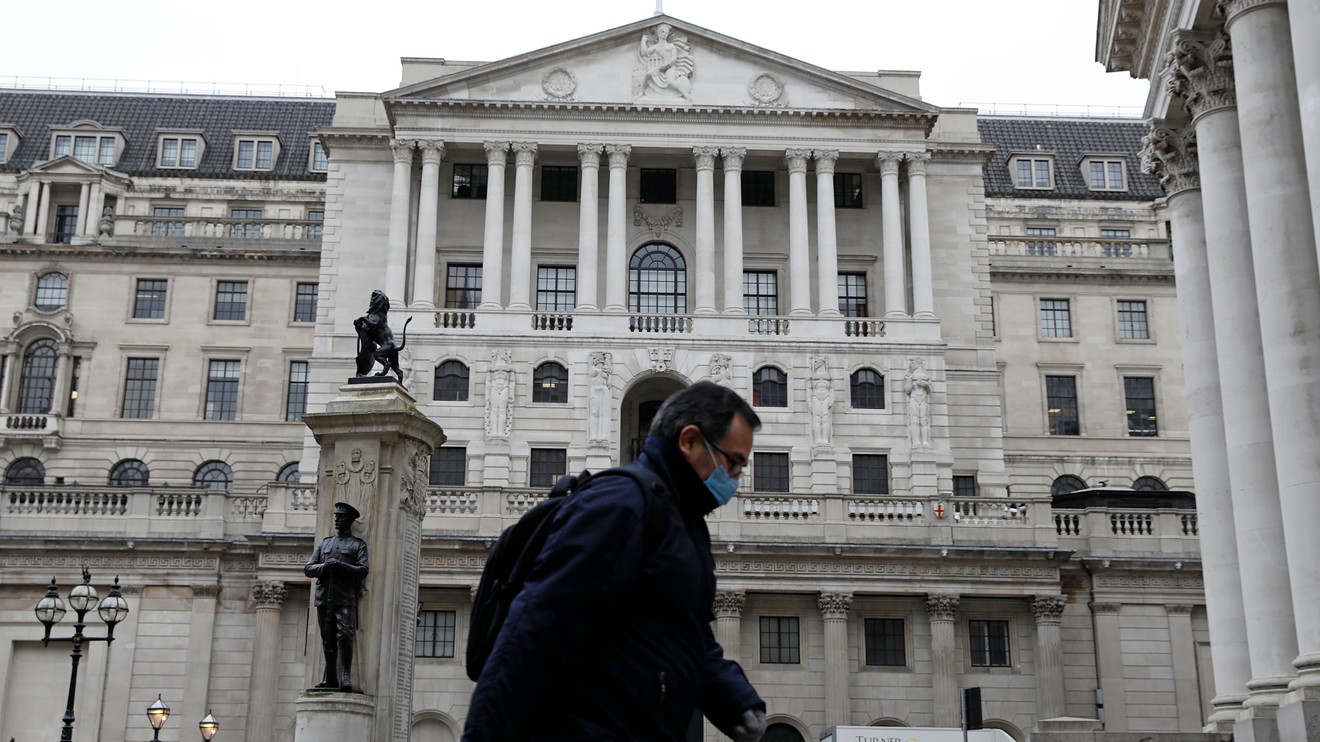 London’s heavily weighted banking sector dragged the market down on Wednesday, as several canceled dividends and suspended buybacks at the request of the Bank of England while the country tries to come to grips with its coronavirus outbreak.

The FTSE 100 index UKX, -3.73%  slid 3.6% to 5,469.73, after the index’s 24% drop for the first quarter, which was the worst quarterly fall since the fourth quarter of 1987. The country has over 25,000 coronavirus cases, with nearly 1,800 deaths as of Wednesday, according to aggregated data from Johns Hopkins Whiting School of Engineering’s Centers for Systems Science and Engineering.

The losses come as U.S. stock futures and the rest of European equities also fell as the new quarter kicked off, with rising coronavirus infections and deaths preoccupying investors, alongside a prediction that the U.S. alone could see up to 240,000 die from the virus.

The BoE’s Prudential Regulation Authority wrote to the heads of the U.K.’s big lenders on Tuesday, asking them to suspend dividends and buybacks until the end of 2020, cancel outstanding 2019 dividends and ax cash bonuses for executives, to help respond to the coronavirus outbreak.

The regulatory body said it would use its supervisory powers should any bank refuse — essentially threatening an investigation.

“£7.5 billion [in dividend cuts from banks] would go a long way to providing debt relief for the individuals and businesses that will be unable to make interest payments over the next three to six months, cancellation of share buybacks and banker bonuses would go even further,” said Kevin Doran, chief investment officer at AJ Bell.

“This could bring massive relief to families, ease fears of insolvency for businesses, take pressure of employers to lay off staff and ease the burden on the public purse, which is currently being lined up to subsidize the wages of furloughed employees,” he said.

Shares of heavily weighted BP BP, +1.96% BP, -1.48%  fell 3% after the oil company warned that results in the first quarter of this year would be hit by weak demand stemming from the novel coronavirus and low commodity pricing. It estimates a $1 billion noncash impairment charge for the period.