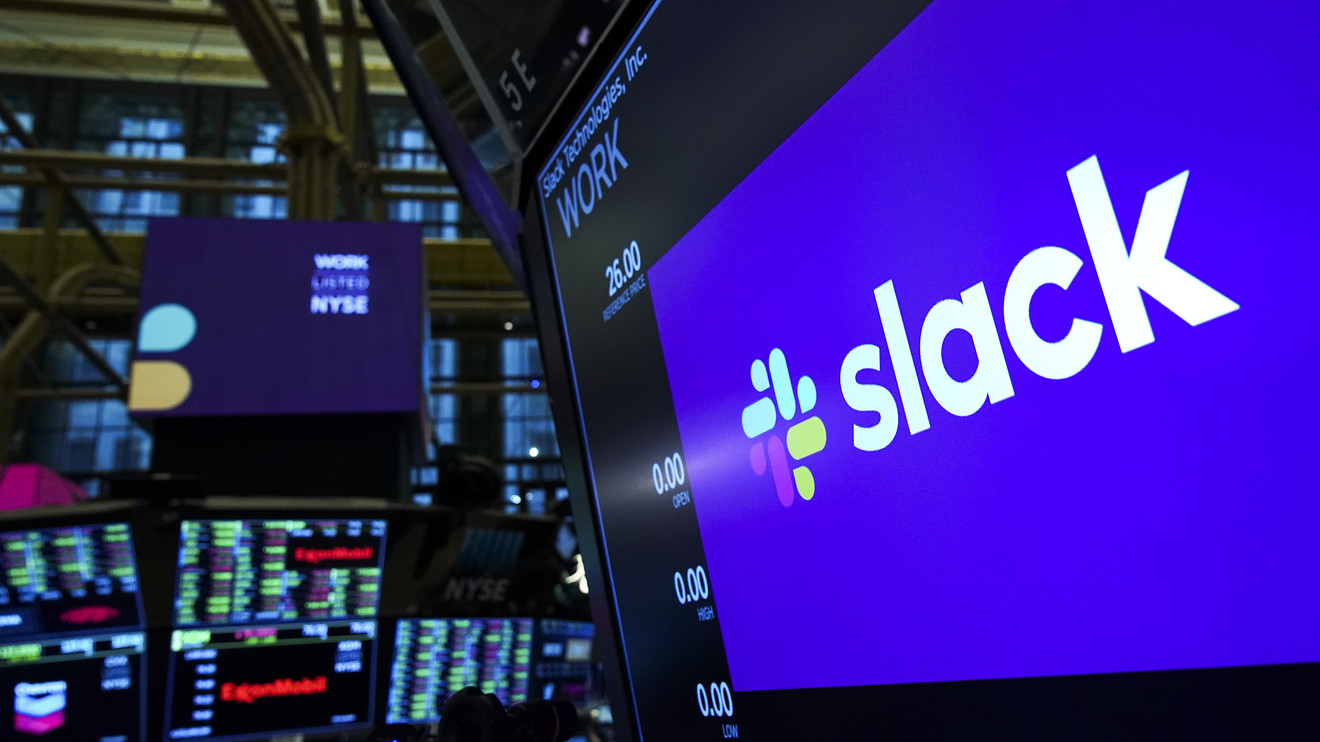 It’s been a whirlwind few weeks for workers around the world as the COVID-19 pandemic has essentially shut down entire sectors of the global economy, leading to a record 3.28 million Americans applying for unemployment benefits last week alone.

It has also prevented millions of workers from being able to go into the office, and forced them to work from home. Suddenly, it’s time for digital-collaboration tools like Slack WORK, +10.63%, Zoom ZM, +4.26%, Cisco CSCO, +4.51%  and Microsoft’s MSFT, +4.57%  Teams to shine, as more people work from home under health and government guidelines to help stem the spread of the novel coronavirus that has sickened more than 487,000 people and killed at least 22,000 across the globe as of Thursday morning.

As Slack CEO Stewart Butterfield noted on Twitter TWTR, +2.12%   on Wednesday night, “It felt like the shift from inboxes to channels which we believed to be inevitable over 5-7 years just got fast-forwarded by 18 months. Good for our business. But what about everyone else?”

Related: Should you turn on your video during a Zoom call or take Slack breaks? How to keep your sanity while working from home

And Butterfield proceeded to lay out just how much Slack’s engagement has surged over the past couple of weeks in a lengthy Twitter thread, which led the company’s stock to jump 13% on Thursday morning.

The thread also serves as a timeline of how the coronavirus pandemic unfolded. For example, Butterfield describes Wednesday, March 11 as the day that the outbreak “got *real* in America,” writing, “Tom Hanks & Rita Wilson diagnosed, NBA suspends season, Trump announces travel ban. Futures trading halted on limit down.”

My day job (also: night job) is CEO of Slack, a publicly traded company with investors to whom I am a fiduciary, 110k+ paying customers of all sizes, and thousands of employees I care about very, very much. The last few weeks have been 🤯😳😢 Here’s what it’s been like. [Thread]

Butterfield also posted these three charts showing a spike in the number of newly-created teams on Slack, which he believes to be for workplaces.

And now we saw evidence of a huge increase in demand. This was March 12, so the ultimate impact wasn’t yet clear. But we could see it in, e.g., this chart of newly created “work teams”. (The first chart from March 12. For context, same chart but four days and 11 days later.) pic.twitter.com/FZozm9ITs8

Slack’s growth over the past couple of weeks has also surpassed its growth in each of the last two quarters, he added. While the company counted 5,000 new customers in both Q3 and Q4 of 2019, it has already added 9,000 in Q1 of this year.

Opinion: Workers staying home are using Slack, but that doesn’t mean Slack is about to make a bunch more money

Butterfield also shared that people are spending more time in Slack, and the average number of messages sent per user per day is up 20%, and average active usage has surged past one billion minutes each weekday.

For us as a company, however, the shift is dramatic. In each of Q3 and Q4, we added around 5,000 net new paid customers.

But he also acknowledged that the human toll of this unprecedented health crisis has still been weighing on him and his employees. “When the possibility of millions of deaths is slowly starting to sink in, it’s hard to say an otherwise normal CEO thing like ‘the macro environment is creating significant tailwinds for the business’ and it felt completely impossible to extrapolate out from this present moment,” he wrote.

So he ended his thread by thanking his employees for the work they’ve done to keep the Slack platform running as smoothly as possible, as well as to offer those “on the frontlines fighting COVID-19” free access to Slack’s service.

And if you’re on the frontlines fighting COVID-19, we will do anything we can. Use it for free, ask us for advice. Email covid@slack.com. We are profoundly grateful for all you are doing. 💪❤️🙏

Related: In just one week, Microsoft adds as many users to its Teams collaboration software as rival Slack has in total