Home
Market
Germany eyes long-term profits from selling stakes it buys in crisis: paper
Prev Article Next Article
This post was originally published on this sitehttps://i-invdn-com.akamaized.net/trkd-images/LYNXMPEG2P0MV_L.jpg 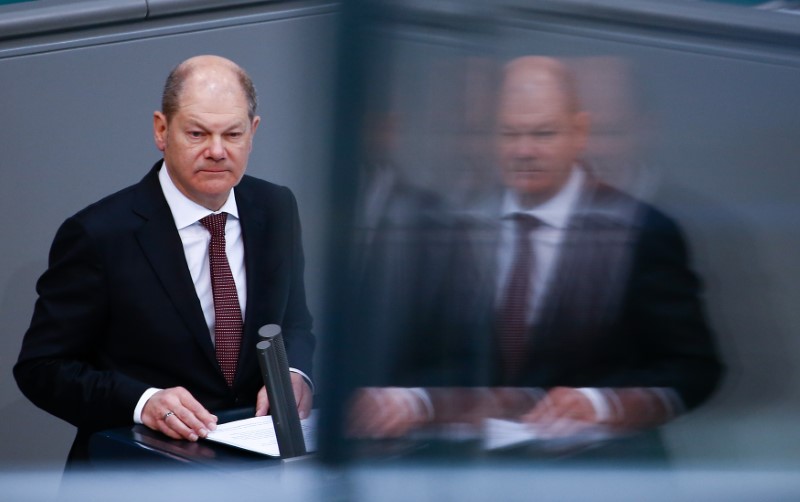 The pandemic is all but certain to tip Europe’s biggest economy into recession and Chancellor Angela Merkel’s government has announced measures to cushion the blow for workers and firms, including buying stakes in companies to protect them.

Scholz has made clear the state does not want to hang on to these holdings longer than necessary and will limit the acquisitions to the most extreme cases.

“When the situation has normalized we want to sell them again. We expect the economic revival to be so great that we will in part sell them making a profit so we can cover losses in other areas,” he told the paper.

“A second path is company bonds which funds can take over to support firms and businesses.”

The German lower house on Wednesday approved a massive stimulus package and suspended the country’s constitutionally enshrined debt brake to help fund it. The package includes 100 billion euros ($109.4 billion) for a fund that can take direct equity stakes in companies, and 100 billion euros in credit to public sector development bank KfW for loans to struggling businesses.